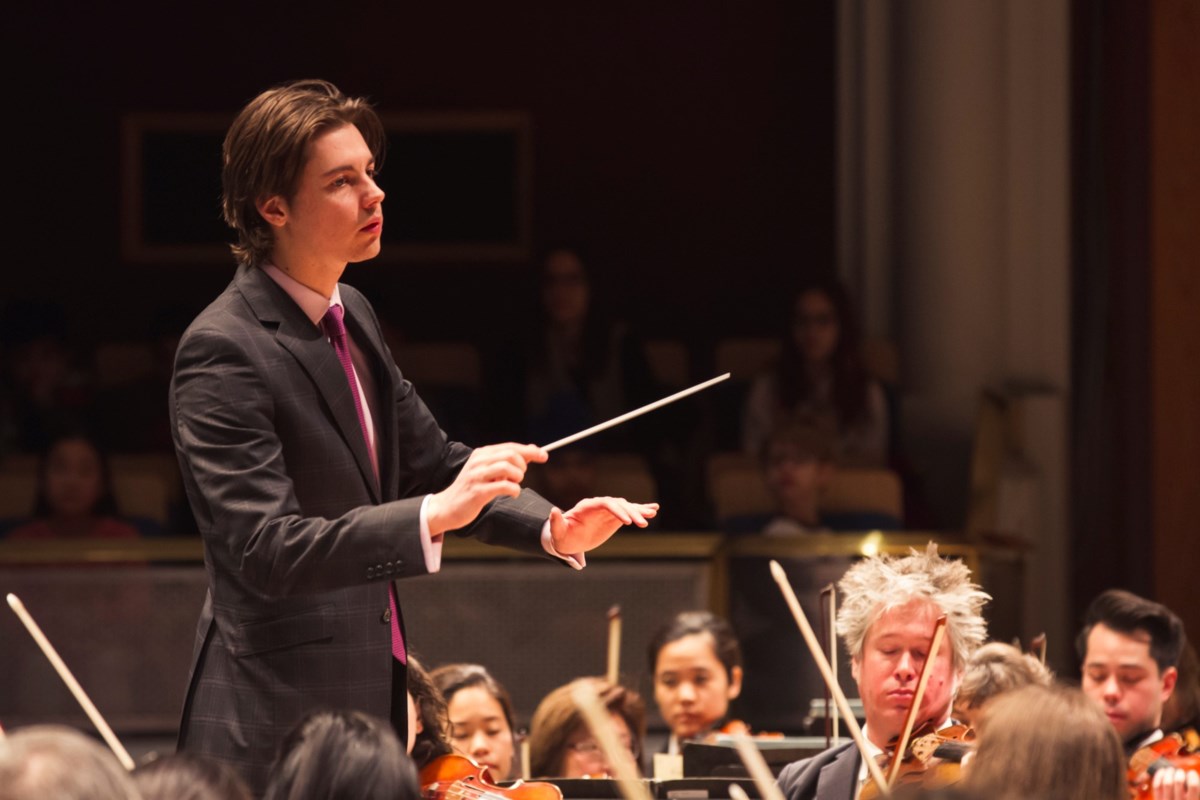 Karl Hirzer to conduct traditional VSO Christmas concerts for 2021, including performances on December 4 at Massey Theater

The first time Karl Hirzer took to the Massey Theater stage was as a student at Herbert Spencer Elementary School for the Christmas show.

When he returns to the theater this weekend, it will be baton in hand to lead the Vancouver Symphony Orchestra in its traditional Christmas concert.

Hirzer is now based in Alberta, where he is the Associate Conductor of the Calgary Philharmonic Orchestra. The two orchestras exchange associate conductors for special Christmas concerts; while Hirzer is in Vancouver, his VSO counterpart, Andrew Crust (who also happens to be a good friend), will be in Calgary.

â€œIt’s cool to share the podiums that we usually occupy,â€ said Hirzer.

Hirzer will be at the helm of the entire traditional VSO Christmas run, which begins on December 1 at the Centennial Theater in North Vancouver and ends with three performances at the Orpheum on December 18 and 19.

â€œThe VSO has been close to my heart since I was a kid,â€ Hirzer said. “I’ve seen so many amazing artists perform at the Orpheum and lots and lots of great VSO concerts so it’s pretty exciting.”

His list of favorite Orpheum performances is extensive; he names jazz artists such as Dave Brubeck, Sonny Rollins, and Pat Metheny – not to mention Mastodon and Opeth’s metal shows during his high school years.

â€œIt will be pretty cool to play on that stage,â€ said Hirzer.

But, when it comes to pure nostalgia, the experience of performing at Massey can trump it.

NWSS music program ignited the spark for a professional career

Hirzer is a 2007 graduate of New Westminster High School. He thanks the NWSS Music Program and his teachers – Steve Clements and Kelly Proznick receive a special mention – for laying the foundation for his career.

â€œIn many ways, I attribute my love for music and playing in ensembles to the great music program that there was in this school,â€ he said.

â€œIt’s very special to come back to the same venue where we played.

â€œThe NDub music department was just a very special part of the school because I think everyone who was in a band or participated in one of the ensembles or music programs really felt like it. was our own special thing.â€¦ It was just a very memorable part of high school for me.

For Hirzer, the jazz orchestra and orchestra class opened the doors to the world of ensemble play.

He began his life as a musician at the age of five, when he began taking piano lessons with local teacher Anne Unger – who, since her debut over 25 years ago, has grown into a good friend.

â€œShe introduced me to the composers whose music I love and am immersed in today and gave me a great set of skills to engage in music in a meaningful and personal way,â€ said Hirzer. .

Hirzer also took up the guitar but, he admits, never played an orchestral instrument growing up.

â€œWhen I was in high school I was a lot more focused on learning the Iron Maiden albums in their entirety,â€ he said with a laugh.

But he continued to practice the piano diligently, and once he began his musical studies at the University of Victoria, he found himself increasingly drawn to the classical world. He then did his Masters at McGill University.

â€œAs a pianist, I always played alone,â€ he said. â€œI played absolutely amazing music from amazing composers, but I didn’t know everyone in the orchestra at all. “

Once he began to discover the works of greats such as Mahler and Beethoven, he found himself called upon to this hitherto unknown ground. And, he laughs, since he didn’t know how to play an orchestral instrument, he decided he would just have to become a conductor instead.

â€œThe collaborative aspect that I find continually inspiring,â€ he said. â€œIt’s really amazing to work with extremely talented people all the time. â€¦ To see orchestral musicians working together, listening to each other, playing together, feeling phrases together and experiencing the journey of going through a piece of music together – I find that to be really powerful and compelling.

Plus, Hirzer noted, there’s the added layer of performing in front of a live audience.

â€œThe feeling of playing in front of an audience that is also collectively present in this performance is a super powerful thing. I often have the impression that the audience is, in a way, part of the whole. When we are on stage, we feel the energy and responsiveness that each member of the audience brings, â€he said.

The traditional Christmas of VSO will be “sincere and warm”

Hirzer hopes people of all ages will participate this weekend in a program he describes as “very heartfelt and warm”.

Christopher Gaze, of Bard on the Beach, joins the orchestra as host and will recite a series of texts woven throughout the program. He will be joined by soprano soloist Rachel Buttress – and, Hirzer noted, by the audience with some Christmas carols.

This will be an extra-special concert for Hirzer, whose parents – who still live in New West – will be able to come and watch it live.

â€œI really hope to see some familiar faces at the concert,â€ Hirzer said.

Traditional Christmas is on stage at the Massey Theater, 735 Eighth Ave., Saturday, Dec. 4, with shows at 4 pm and 7:30 pm Tickets are limited; buy now online.