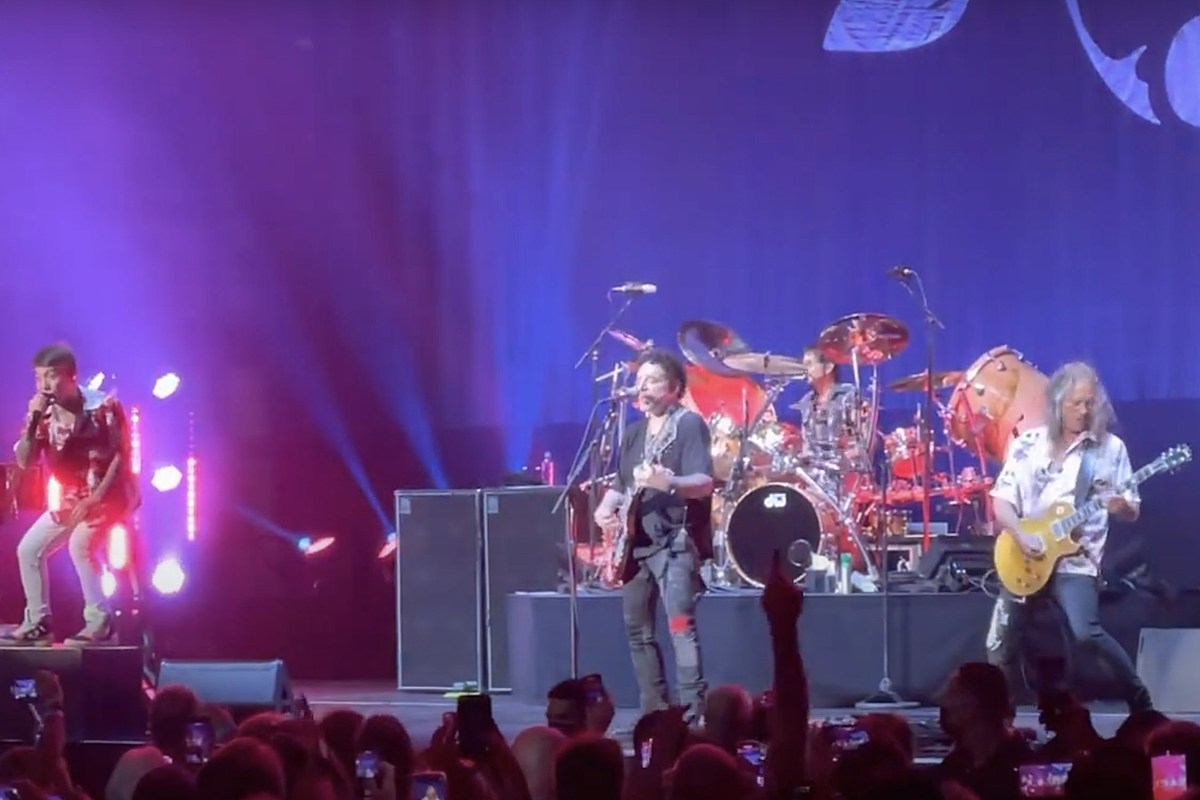 Metallica’s Kirk Hammett joined Journey on stage Thursday night to perform “Wheel in the Sky” from the latter and “Enter Sandman” from the former. You can watch a video of the performance below.

Metallica’s ax man stayed on rhythm guitar during “Wheel in the Sky,” and the band then followed up with a sample of “My Hometown” by HSAS, the short-lived supergroup featuring Schon, Sammy Hagar, bassist Kenny Aaronson and Santana drummer Michael Shrieve.

From there, they moved on to the iconic “Enter Sandman” riff, allowing Hammett to rip a wah-infused solo, before returning to “Wheel in the Sky.”

Recently published trip Freedomtheir 15th album and first since 2011 Eclipse, marking the longest gap between the band’s albums. Hammett, meanwhile, released his first solo EP, the instrumental Portals, in April. Former Journey singer Steve Perry recently filed a petition against his former bandmates to void trademark registrations for 20 songs filed by Schon and keyboardist Jonathan Cain. The movement includes some of the band’s biggest hits, such as “Separate Ways”, “Open Arms”, “Any Way You Want It” and “Who’s Crying Now”.

Schon responded to the lawsuit, calling it “total crap.” The guitarist said his efforts to resolve Journey’s branding issues sparked the band’s 2020 breakup which led to the departure of bassist Ross Valory and drummer Steve Smith.

“They knew all along that I had been investigating our brands for years,” Schon wrote on Facebook, adding that he was “trying to shed light on all the corruption, like [my wife and I] discovered that nothing had ever been deposited outside of our music. They all went for a takeover and it didn’t work. Easy enough.”

Some Journey lines were respected but poorly sold, while others were bestsellers that were ignored by critics. But which was the best?