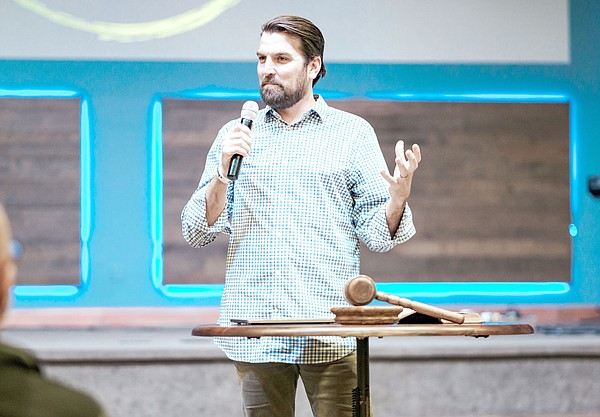 Editor’s Note: Siloam Springs School Board seats are up for re-election May 24 due to redistricting due to the 2020 Census. This week, the Herald-Leader will focus on Zone 4 candidates.

Todd Varnadoe is seeking to represent parents who feel they don’t have much representation by running for the school board’s Zone 4 position.

“A big part of that is that there are multiple parents who are worried about how things are going,” Varnadoe said.

Varnadoe said he and his family prayed about it and then he launched his campaign, he said.

Although Varnadoe did not run for political office, he said he had a lot of experience with transformation teams, which led him to manage two Arvest branches, he said. In 2013, Varnadoe became head of cash management for the Siloam Springs branch.

Varnadoe was also named one of the Fast 15 Individuals Under 30 on May 14, 2012 in the Northwest Arkansas Business Journal, he said.

Varnadoe said he was not a “yes”.

“There are a lot of cultural issues and layers between teachers and administrators,” Varnadoe said. “Teachers are afraid to speak. I want to be a voice for parents.”

Varnadoe and his wife Adrienne have three sons: Jack, 10, Wyatt, 8, and Fletcher, 6, he said. Her children were originally enrolled in the Siloam Springs School District until the coronavirus pandemic forced schools to close.

Instead of opting for virtual learning, the family opted to home-school their children, Varnadoe said. Varnadoe has received a lot of support from homeschooling parents, he said.

“A lot of parents like us want to homeschool to build a foundation to get them into the school district,” Varnadoe said. “We want it to be safe and without an agenda.”

Varnadoe works hard but takes time off to play guitar and serve as The Rock of NWA’s worship leader. Previously, he volunteered for the Kiwanis club, where he successfully secured sponsorship for the club’s annual pancake breakfast, he said.

Looking to the future, Varnadoe is optimistic, he said. He thinks an optimist will do more because they have faith, a vision and will give their all and a realist will hold everyone accountable, Varnadoe said.

“I see the future as bright,” Varnadoe said. “I see our city growing.”