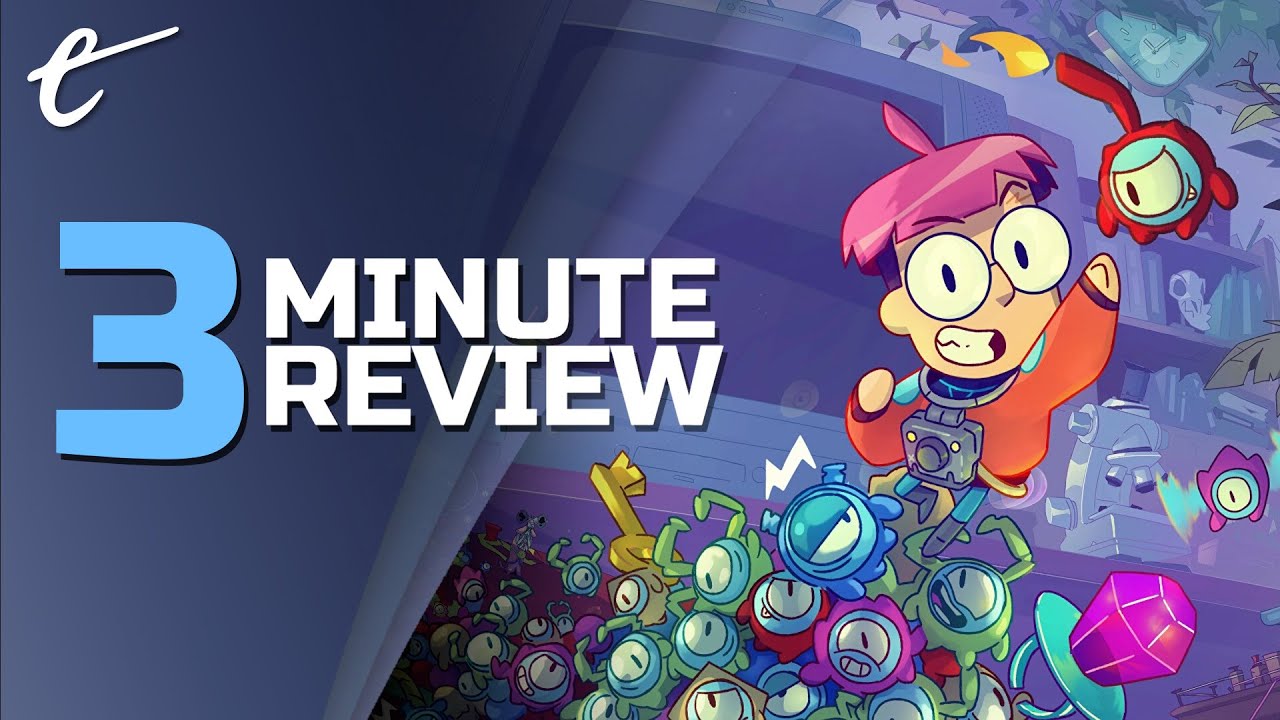 TinykinDeveloped by Splashteam and published by tinyBuild, is an ant-sized 3D collectathon platformer that packs five times its own weight.

I played the role of Milodane, a human archaeologist from the planet Aegis, who, in search of the origins of human life, accidentally teleported to a dystopian stranded Earth in 1991. Collapsed, I explored the rooms oddly arranged in search of the necessary elements to bring me back to my home planet. With a moth named Ridmi as my guide, I harnessed the powers of various creatures called Tinykin. Each has been properly explained with an accompanying tutorial; I admired the short animations of each tinykin that visually conveyed their usefulness.

Tiny pink moved objects, red objects exploded, green formed ladders, blue redirected electricity, and yellow built bridges. Although simplistic in gameplay, the socio-political misadventures I engaged in with my fellow enthusiasts were still fun. I needed to collect the right amount of tinykin to put a CD in a stereo for the religious bugs in the living room, start a bubble bath party in the bathroom for the hedonistic dwellers, and seize the means of cake production in cooking among other things. Collecting pollen for the brewery to upgrade my hover bubble and completing side missions to collect artifacts for the curator added more items to the pickup bonanza; it also gave a hazy glimpse of the inventor, revered as a deity, responsible for the state of the planet.

Without saying too much, there was a solid nugget of storytelling that went beyond what the commercial had led me to believe. The exaggeration of the mundane in this domestic wonderland had my imagination racing from start to finish. Not only did I love a new perspective on the commonplace, but I loved strange happenings in an already strange world. Shieldbugs hearing a mysterious voice, jewel thieves letting me participate in heists, and a search for the savior added to the weirdness of it all. The visuals and music have always provided the right tone to seamlessly blend the mismatched themes from a rave laundry room to a bedroom safari. Additional musical variations in each area gave a real sense of living atmosphere, whether I found myself in a mantis church, a secret alien lab, or a guitar on the floor.

Locomotion in Tinykin was as rudimentary as normal running and a jump could be, but the bubble glider, soap skateboard, and tinykins ladder elevated and maintained a cheerful flow of movement between the groups of collectibles. Items were placed with precision in a well-designed and mindful manner that served me many hours of blind indulgence. There was no risk of executive overload or overshooting as I could choose any spot on the floor to start my sweep and be subtly guided throughout the area at the end. The platforming didn’t need any precision and the puzzles were basically solving with enough lowercase letters, so the playful pace never stopped as I marked out the areas – my mom would disown me if she witnessed the enthusiasm with which I prepared to clean each room.

Tinykin is available August 30 on Nintendo Switch, PlayStation, Xbox, and PC for $24.99 with a 10% introductory discount.

Watch the review in 3 minutes to Tinykin.

Pets of the week | ClarksvilleNow.com

Poll: What is Rush’s best album?