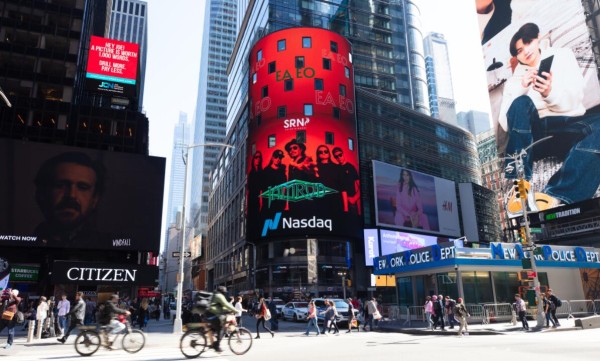 On the occasion of the release of Jamrud’s 18th studio album, titled JAMRUD PE25PECTIVE Celebrating the anniversary of the band’s founding, SRN Entertainment is playing a vital role in providing global support to ensure the success of the album. The refreshed outlook will surprise and delight music lovers around the world.

The songs on the album covered a range of topics, from love, the harshness of life to social issues such as body enhancement surgeries and the experience of covid. Among them, the frontline single of “Ea Eo” is specially rearranged during the pandemic with the artists’ intention to encourage people in Indonesia and beyond to restore their infectious optimism and determination to persevere in the face of hardship. Jamrud’s songwriting as always expresses a wealth of human emotion and sympathy. The album continues to exemplify the inspiring spirit of their music for generations to come.

Jamroud, one of the most notable and best-selling rock and heavy metal bands from West Java, Indonesia, has been known for over 25 years and enjoys legendary status, with guitarist Azis Mangasi Siagian, vocalist Krisyanto , guitarists Mochamad Irwan, bassist Ricky Teddy, and drummer Danny Rachman. The group was formed in the city of Bandung in 1996 and has produced 17 studio records before. The band member consists of Azis Mangasi Siagian (guitar), Ricky Teddy (bass), Krisyanto (vocals), Mochammad Irwan (guitar) and Danny Rachman (drums).

Founded by a group of music enthusiasts, NRS Entertainment is part of a global music group, which prides itself on providing global support for artists and their success, as well as digitally empowering creators to stand out in the ever-changing industrial landscape.

Zoe & Cloyd in concert this Saturday

Becoming a producer: the basics