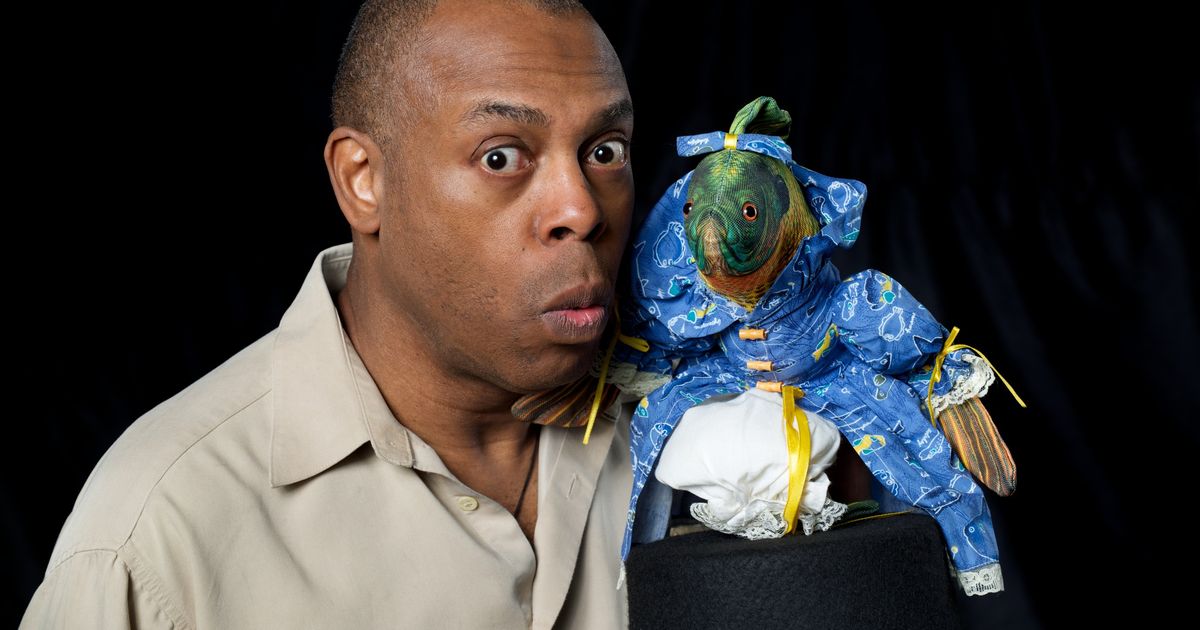 The sounds of B-52s taking off from Fairchild Air Force Base played outside and inside Winslow’s home in the ’60s. the sounds of airplanes and almost anything within earshot at his father Robert Winslow, who was a lieutenant colonel at Fairchild.

The cacophony that emanated from Winslow irritated his parents.

“They thought what I was doing was horrible embarrassment,” Winslow said. “My dad gave me toys from Radio Shack, which were in a million pieces, just to keep me busy. That didn’t stop me from doing my thing. My fascination with making sounds and seeing people’s reactions started in Spokane.

Winslow, 63, was born in Spokane, where he lived until he was 7 years old. His life was typical of military brats. Winslow moved from Montana to Ohio to Colorado. The only constant was his endless array of sounds and his unpopularity.

“I remember when I was in Denver, the sportsmen were beating us,” Winslow said. “They would jump on you and fart in your face.”

However, Winslow’s defense mechanism was his voice.

“When I was in class, the jocks would say, ‘Hey, Winslow, you better make some noise in class or you’re dead.’ So I would do this boring chalk against the noise of the blackboard.

The teachers finally caught on to the extraneous classroom noise emanating from Winslow and chastised him for not being serious. In the end, it served him well, as Winslow had an enviable career creating sound, comedy, and music.

“It was a fascinating journey,” Winslow said.

Winslow, who performs until Saturday at the Spokane Comedy Club, made his debut on the lamented and always wacky ‘Gong Show’, impersonating lovable mixed-breed dog Benji, who has starred in several films in the years 70.

“I can communicate with dogs,” Winslow said. “I show people how I do it on stage.”

“The ‘Police Academy’ movies still hold their own,” Winslow said. “People still like them. It was a solid decade of those movies.

The first “Police Academy” hit the screens in 1984 and the last of this relatively popular but critically acclaimed series came out in 1994.

“But can you believe there’s talk about ‘Police Academy 8’ happening? But we’ll see,” Winslow said.

“I call what I do throwing the kitchen sink at the public,” Winslow said. “I do George Thorogood because I love to imitate his guitar work. I make a Fleetwood Mac and Cheese.

Expect a hip-hop version of “The Chain” by Fleetwood Mac, as well as Led Zeppelin and Pink Floyd.

“My Floyd is actually their cousin, Purple Fred,” Winslow said. “I do Prince making snacks.”

A reverent version of Prince’s “Purple Rain” will be delivered by the classic rock fan, who recently worked on a song, “Makes Me Happy,” with Yes singer Jon Anderson. Winslow adds his sound effects by providing the drum machine while Anderson sings with a ukulele and a horn section fills in the song.

“I love the power tower horns,” Winslow said. “I love that sound. It takes me back to my childhood in Spokane when my dad played Miles Davis, John Coltrane and Louis Armstrong in our house. I love jazz.”

It wasn’t easy for Winslow growing up in Spokane.

“I didn’t have a lot of friends and there was no diversity,” Winslow said. “I was called a few not-so-nice things. It was bad at the time.

“We had a neighbor who named his dog the ‘N-word.’ I felt bad for the dog and would go into a barking circle with him at night and he would answer back I always wondered if that dog got lost, what that neighbor at the pound would say when he asked for the name of his lost dog?

Once in a while, a childhood friend stops by a show to say hello to Winslow.

“It happens once in a while and it’s always good to see someone from the era,” Winslow said. “I’m all for old friends coming to see me or well, anyone. If you go out, I guarantee you’ll see a sight like you’ve never seen before.