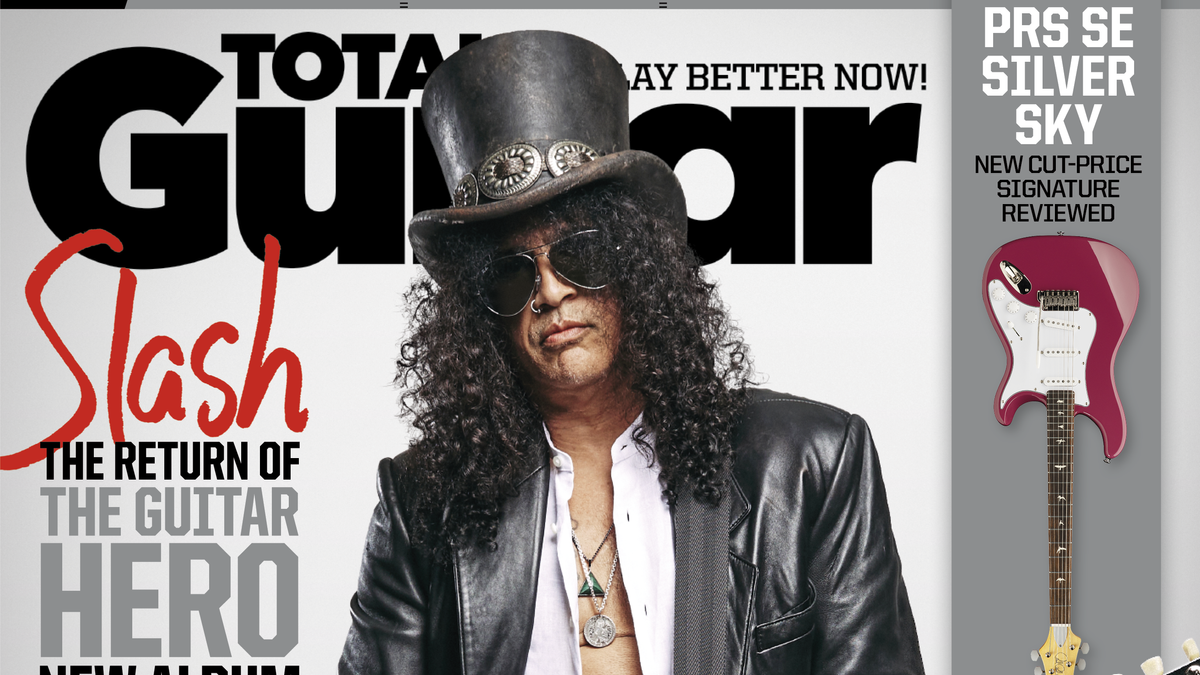 Slash – The Return Of The Guitar Hero: behind the scenes of the new issue of Total Guitar

The new issue of Total Guitar is on sale now! Click here to buy your copy

Cover: Return of the Guitar Hero

TG talks to Guns N’ Roses legend ahead of new Conspirators release ‘4’ as he talks about writing and recording, using less gain in his tone, his love of the Gibson Flying V , and why he’d rather “keep it rock ‘n’ roll” than stick to what’s popular. We uncover some of the lesser-known highlights of Slash’s $2 million guitar collection and walk you through some techniques We’ve even produced three great GN’R video lessons for you.

Yard Act are the most talked about new band in the UK. Guitarist Sam Shjipstone and singer James Smith reveal the origins of their unconventional post-punk sound

He plays heavy with Black Label Society and Ozzy, but Zakk Wylde draws inspiration from the emotion of blues and the “pentatonic madness” of jazz fusion.

After their surprise top 5 debut album, Black Country, New Road delivers a more melodic follow-up. But as guitarist Luke Mark says, “I insisted on being louder than everyone else!”

Funk master Cory Wong is all about the groove. But on his new album with Vulfpeck, he also goes wild. As he says, “I need to be a little more Eddie Van Halen!”

He’s a master craftsman who has performed for legends such as Miles Davis and Joni Mitchell, and created a series of brilliant solo albums. For Robben Ford, a rule of thumb applies: “Tone has always been number one for me.”

Bill Withers – Use Me

Jack White – Take Me Back

10 things every beginner guitarist should know

Free Amplug Blackstar worth £48 when you subscribe to Total Guitar!