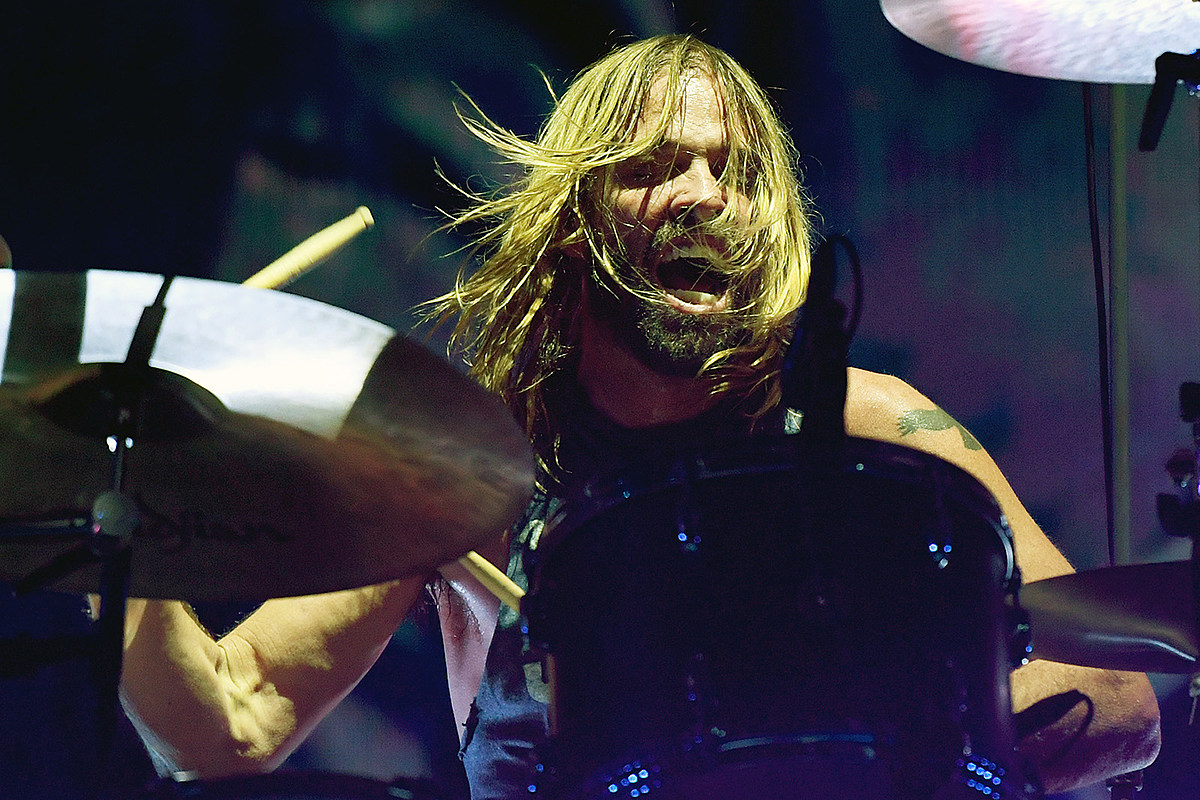 Tributes to Foo Fighters drummer Taylor Hawkins continued to be paid following his death in Colombia on Friday night.

The 50-year-old was mentioned last night during performances by Slash, Elton John, Mammoth WVH and Liam Gallagher, among others, while Stevie Nicks penned a poem about her late friend.

Speaking to the audience of his solo band at Hard Rock Live in Orlando, Florida, Slash said, “I’m sure most of you know that we lost a very close friend last night, Taylor Hawkins. First of all, he was a fucking great guy – a fucking lover. He was a very good friend and an awesome drummer. He added that he and his colleagues were “completely crushed that we lost him”, continuing: “So we want to do a song tonight and dedicate it to him, so we’re going to play something that we haven’t actually played. on this the whole tour, but we’re going to do it tonight. It’s called “Starlight”.

In Des Moines, Iowa, John dedicated his classic track “Don’t Let the Sun Go Down On Me” to Hawkins, saying, “I was so shocked because he played on my Lockdown sessions album, and he was one of the nicest people you could ever meet and one of the greatest drummers – a real musician who loved all kinds of music and loved life.

He continued: “And it’s so sad that at 50 we lost someone who had so much passion. And that makes me so heartbroken for his family — his three kids, his wife, and his other relatives — and, of course, the Foo Fighters, who have lost a loved one who can never, ever be replaced. Describing Hawkins as a “big, big” person, he predicted that “his music will live on”.

Wolfgang Van Halen paid tribute to Hawkins on Mammoth WVH’s Saturday Night Show in Boston. “He was a hero to me, and a hero to all of us, and a hero to countless people, so we think it’s necessary.” The band then launched into a powerful cover of the Foo Fighters’ 1998 hit “My Hero,” which they explained they learned about earlier that day. After repeatedly pointing his guitar skyward, Van Halen ended the performance by saying, “Rest in peace, Taylor. We love you.”

During the Teenage Cancer Trust charity show at London’s Royal Albert Hall, Gallagher displayed Hawkins’ name on his band’s drums before closing his set with a performance of the Oasis classic “Live Forever.” He told the audience, “I dedicate this last song to the one and only fucking Taylor Hawkins. […] This is for you, my brother. An image of Hawkins was projected onto the stage throughout the song.

Nicks penned her tribute in a social media post, saying she was grateful the Foo Fighters kept a photo booth in their studio because it meant she had lifelong memories of her friendship with Hawkins. “He always came to my shows,” she said. “He and his best friend Dave even let me be a Foo Fighter for a little while. We recorded an awesome version of ‘Gold Dust Woman’ […] Taylor was very handsome and he was very cute. Sometimes this combination is much better than “beautiful”. I think that’s all. He had a big heart and a glorious smile. When he entered the room, everyone looked up. When he left the room, everyone was sad.