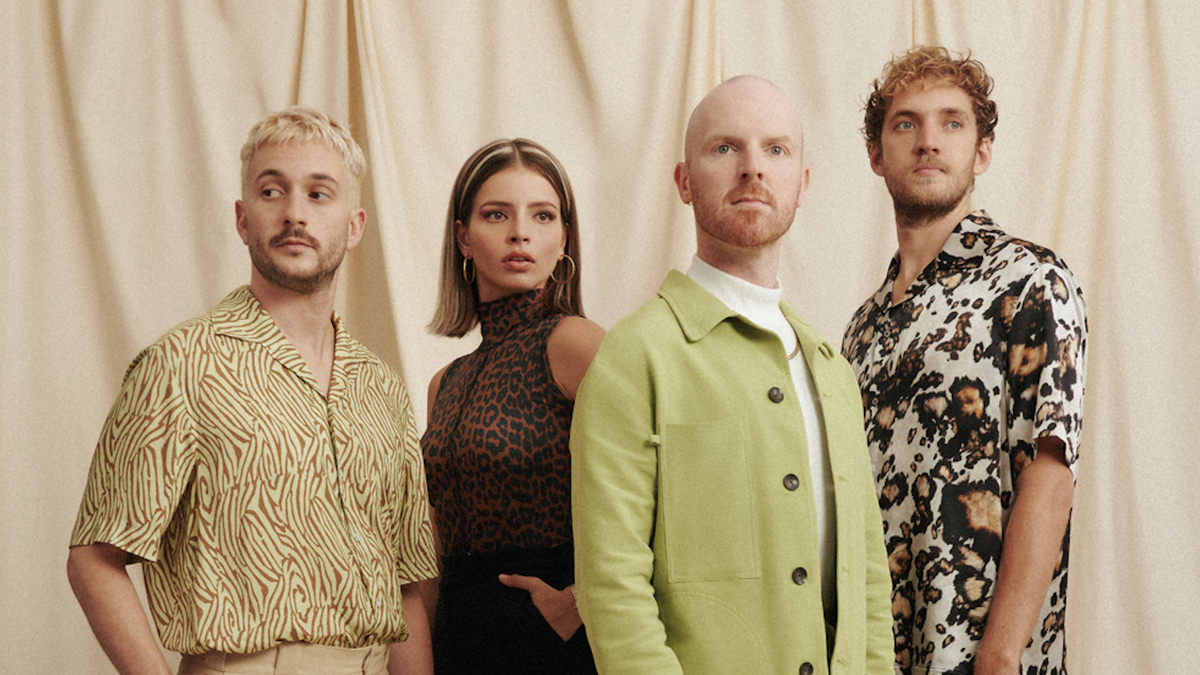 Although its creation was marked by isolation, insularity and introspection, Signs of love – the pastel-hued fourth album by indie pop superstars The Jungle Giants – is distinctly outgoing. It’s a cinematic, scintillating ode to human connection, spun through a network of prickly and crystalline synths, catchy percussion, and brilliant, sweet production.

“But Matt”, you shout! ” Is not it Australian guitar? How did a story on a dance-pop record like this end here! Ok, don’t turn the page just yet – yes, the guitars on Signs of love are subtle, and in the case of some tracks quite indistinguishable. But the guitar is still a staple of the Jungle Giants’ repertoire – after all, the band has two, count them, of them, guitarists – and that was certainly essential in the creation of the album.

As frontman Sam Hales explains, the new record marked his first foray into the world of unassisted production, allowing him to explore well beyond the limits imposed on the soundscapes of his previous production. Every new idea came with an opportunity to experiment – with new sounds, new techniques, new styles… There was no one to tell him that something shouldn’t, much less couldn’t, be done.

This meant that the guitar became more than only a guitar. Because the instrument is in fact all over in Signs of love – it’s just used in a way that makes it sound like anything except what we’ve come to know as “the sound of a guitar”. It can be a bit polarizing listening, if what you’re expecting is the same incarnation of The Jungle Giants heard in 2015. Zoid speaker. But for those who wish to open their minds and indulge in something a little more ‘outward’, Love Signs has a lot to offer.

Now, let’s catch up with Hales and learn how he brought this crazy little monster to life.

I was reading how that first lockdown came at a pretty good time for you as it meant you could get into songwriting fully.
It was a little weird. When I record I’m a really focused and regimented person. I have a little routine that I respect, so it’s never a problem to get things done. One of the biggest pluses was that no tour took place, and over the past couple of years, that has really kept me from wanting to record and write without distraction. So when all the touring stopped, I was like, “Woah, I can really finish the record now! Because when I looked at my schedule for 2020, it was ridiculous.

My manager said to me, “Okay, you have a series of giant tours, and then we’ll release the record.” And I was just like, “Dude, I don’t know if there’s time to record.” We counted, and in the whole year there were only three and a half weeks where we had nothing to do. I was so stressed. And then when everything [with COVID] happened i was just like, “Oh my God.” It was like a sigh of relief. I mean, it was sad and weird, but it was definitely productive. So now I can reap the rewards, because I finally have an album to listen to!

Were there any goals you wanted to achieve, or was the agent just making as many firecrackers as possible?
I certainly had goals. I kind of wanted to go the opposite of all of this just being firecrackers. I wanted them all to have appeal, but I focused on something different this time, rather than that “poppability” or, you know, the radio vibe. I wanted to build an album that feels really unique in itself, where all the songs were super connected, and they were dancing, and they all had an overall message.

Guess in my head I wanted to make a record where if you played a song it sounded like it was absoutely of this album. I think I had tried this before, but I don’t think I ever really succeeded. So with this record, I spent a little more time doing it. I had written and recorded these little episodes for the last couple of years, and every once in a while a song would come out and I was really excited about it. I would say, “Okay, boom. It’s at the top of the list now, and the songs should kind of sound like that. And then as I added songs to that list, the album got a little more complex and it was all really stuck together.

I wanted that kind of fluidity to exist with this album. I wanted it all to flow together, and I wanted it to be self-referential. Once I could put together, like, seven tracks, I really felt like I had the direction and the energy for the record. It was kind of fun then – I remember saying to friends, “I know what I’m doing now! You know, it had finally kind of clicked.

Did you feel like you had built this kind of musical universe that you were then free to explore?
Yes exactly. And I felt like once I had a few songs going, that momentum kind of built up. I had a lot more confidence in myself – some songs were really sassy, ​​they were almost from a character’s point of view. They were really adorable, really positive songs, but they had a lot of nerve. I had that newfound confidence, so it was a little easier to keep going in that direction, to really follow through on what I was aiming for.

This is by far the least guitar recording you’ve done, but did you still have the guitar with you in the writing process?
I did, yeah! This time I used the piano a lot more and my writing process changed a lot. With the previous records I would sort of sit down with the guitar and use it as my kickstand, but this is the first record where I played all of it myself, so a lot of that process started with the piano or guitar, then go really deep into the session in Logic and build the track from there. It has definitely become a production driven process.

There was a sound that really stuck this album together – I kind of hid, really hard on the right and really hard on the left, those super thin guitars played in one of those tiny micro-amps; do you know these little battery-powered things? It’s just for a bit of attack and a bit of high end. All the bass sounds are really heavy, maybe from a Minilogue or an M1, and then very quietly, there are these fine little guitar tracks on it.

When I found that sound, I was like, “Okay, cool, that’s the whole record there.” So there is less guitar, yes, but the guitar is used more intelligently.

You use the guitar as a tool to add color or character to the track, rather than just driving the song.
Exactly, yeah. And this time around, I wanted to be more aware of what was really on the track. I wanted a little more control over what was going on in the songs to make it all sound good. So I focused a bit more on what was going on – and if it is happening, for what reason. How do you make it sound good? Guess it was more than I was producing correctly for the first time.

How do you see these songs translating on stage in this whole band setup?
It’s a funny thing because for about 50% of the record I don’t play guitar. I kind of wrote myself from an instrument for a bunch of songs, but I really like it because like I said, a lot of these songs have a lot of nerve, so I found that I ‘I dance a lot more when we play them. I’m sort of finding my feet on stage and I don’t really need anything in my hands anymore. I used to rely on the guitar to take me through a show, but now I like to strut and strut a bit. And then I feel more grateful when I get the guitar back in my hands

What we know about Barron Trump’s new school