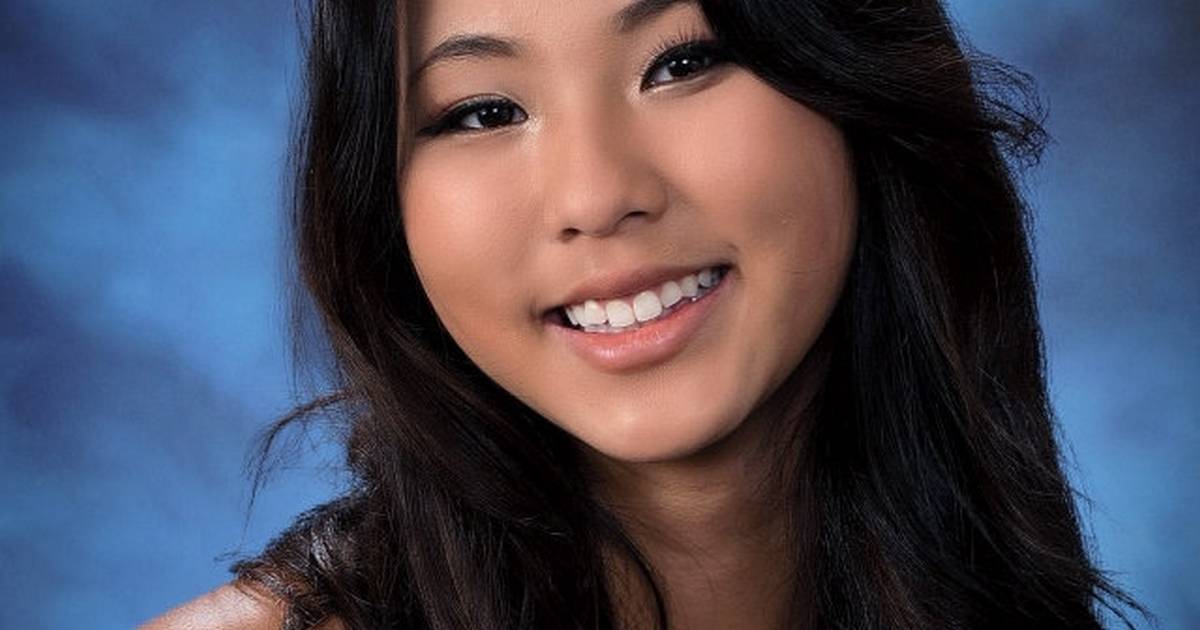 Each year, the Richard W. Calisch Arts Unlimited Award is presented to the District 214 elder who best exemplifies creative excellence in the arts. The award was created in honor of Richard Calisch, former English teacher and coordinator of the Arts Unlimited program. Each comprehensive high school in District 214 nominates a senior student for this recognition.

The 2022 recipient of the Richard W. Calisch Arts Unlimited Award from District 214 is Autumn Hong of Rolling Meadows High School – a two-year-old drum major for the Mustangs marching band and captain of the speech team.

Autumn used her artistic and leadership talents in multiple ways during four years at Rolling Meadows.

Autumn started out as a clarinet in the Rolling Meadows concert and marching bands, also playing alto sax for the jazz band. Her career with the Marching Mustangs culminated with two years as a drum major, where she proved to be a diligent, driven and compassionate leader. She was named Outstanding Drum Major at the Sandwich Renegade Festival, and was also recognized as an Outstanding Solist at the Mundelein Jazz Festival.

Autumn also sought out other opportunities to play music in school bands: taking bassoon for a symphony orchestra and wind band and leading the pit band for the school variety show — and showcasing her talents. on up to six different instruments at variety shows.

Band Director and Fine Arts Coordinator, Christopher Buti, considers Autumn a talented and accomplished artist, a respected leader who has demonstrated a desire to succeed in multiple areas of the arts and music.

Autumn was also a member of the Rolling Meadows speaking team for four years, including two years as team captain. She created a Big Brother and Little Brother mentorship program to provide support to first-time students on the team. In her senior year, she was a six-time medalist in speech, including being named MSL Conference Champion and IHSA Section Qualifier in Special Occasion Speech.

She has also been a member of drama department productions, including putting her speaking skills to good use for radio plays during the pandemic.

This year’s other nominees represented talent and leadership in dance, vocal music, orchestra, band and visual arts. They included:

According to her vocal musical director, Lexi Conejo’s gift is her love and respect for the creative process – as well as her ability to engage in many activities while remaining completely invested in each one.

Lexi spent her four years at Wheeling High School involved in all aspects of the performing arts, as well as the speaking team. She was a four-year member of the Wheeling Orchesis dance troupe, where she was named the group’s Senior Star this year. She was named to the District Honors Dance Festival and, as a member of Orchesis, had the opportunity to perform at regional and national dance festivals.

She sang in the Wheeling Gospel Choir, Chamber Choir, and after-school musical theater group Mozaik, serving as section leader for all three ensembles. She has also used her vocal and dance talents as a performer in six different musical productions. In addition to participating in the District Honors Music Festival for three years, Lexi was named Outstanding Sophomore and Junior Vocalist during her years at Wheeling.

In addition to her vocal and dance work, Lexi spent four years in the Wheeling Orchestra program and three years on the speech team.

She has also used her talents in community service, as a choreographer for the children’s workshop Orchesis, and as a performer and student director at the philanthropic organization Dance for Life in Chicago.

Lizzie Ferrazza made a unique and widespread impact during her four years at Hersey High School, including serving as Nanook, the school mascot, and writing, editing and filming the daily morning announcements.

Lizzie was a four-year member of the Hersey Theater Program, writing, directing and performing in the cast of four musicals and six plays. She also performed in community theater productions at Harper College and spent three years as a member and leader of the Hersey Improv Club.

She used her creativity and performing skills when she took on the role of Nanook the Huskie. When the school was closed during the pandemic, Lizzie donned her Nanook costume and filmed videos full of support and encouragement for the student body. His Nanook YouTube channel features “Nanook: Home Alone” as well as “How Nanook Stole Christmas” and other videos, some of which have been featured on local TV news programs.

Lizzie was often the voice of Hersey: in addition to writing and delivering the morning announcements, she was the host of the variety show and holiday assembly, and was the first student announcer in the Robot Rumble contest of the district.

Lizzie was also on Hersey’s speaking team and served as a teacher’s aide for the Advanced Drama class.

His teachers say that Kennedy Gerber transports ideas from one art form to another. This is evident from her artistic involvement at Buffalo Grove High School, where she took seven art classes and was named the 2021 winner of the Harper Art Show. Kennedy spent her Saturdays last year in the Portfolio class at the Milwaukee Institute of Art and Design, winning a coveted presidential scholarship.

But Kennedy also used her artistry in music, where she was a member of various Buffalo Grove choirs for four years. And she worked for four years as a member of the theater arts team, becoming the go-to lighting board operator for school productions and earning the title of master electrician in her freshman year. Last year, she was also stage manager for “Grease”, the musical. She has volunteered to operate lights and sound for school events including assemblies, concerts and special presentations.

Raphael Lausa’s passion is to share his love for music and to make the arts accessible to everyone. It’s no surprise that he plans to pursue a degree in music education and hopes to work at the high school level.

He gained teaching and conducting experience at Elk Grove High School, where he played violin and was concertmaster of the Symphony Orchestra and Chamber Orchestra. His superior talent was recognized when he was named a member of the District 214 Honors Orchestra as well as the ILMEA District Orchestra. He has also performed with a variety of other national and regional ensembles.

Raphael was also part of District 214’s Educator Preparation Program for prospective teachers, participating in teaching placements at the district’s feeder schools. Alone, he created and ran what he calls “Lunch Buddies” for members of the Elk Grove Orchestra to meet and play music together during the lunch hour. He arranged the music and acted as bandleader for the band, whose year culminated with a performance at the Spring Band Concert.

Raphael also learned other instruments: double bass, viola and trumpet, which he played in the Elk Grove Jazz Band and in the pit band for the Spring Musical.

Rey Tello took advantage of every artistic opportunity — across the spectrum — at Prospect High School. He spent four years playing the cello in the orchestra and four years in dance lessons. He was also an actor, dancer, writer and a member of the Prospect theater productions team, including as a student director.

Rey is also a visual artist, with his work featured in Prospect’s Art Magazine for the past three years. In his senior year, he was a cartoonist for the Prospector newspaper.

Outside of school, Rey maintains Instagram accounts for her digital and visual art as well as her photography. He also writes fiction. He plays the piano and electric guitar in addition to the cello.