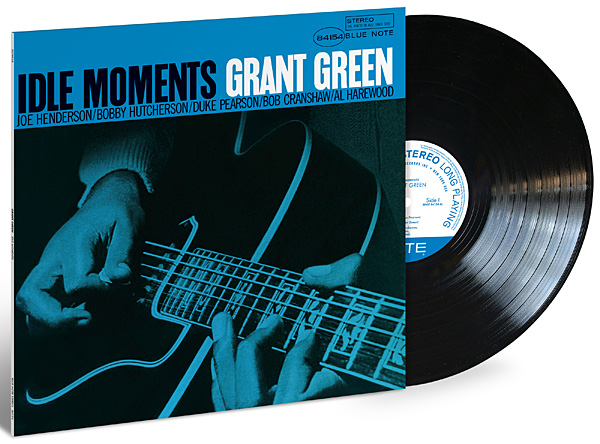 Two new reissues in the Classic Vinyl series of Blue Note ?? Grant Green’s Moments of inactivity and that of Kenny Burrell Midnight blueCapture the heights of jazz guitar possibilities at a time when modernism was ready to move on. Both albums were recorded in 1963; both sport “the Blue Note sound”, which engineer Rudy Van Gelder had honed to its climax. But the two albums trace very different musical paths.

Green’s album follows the modal contours Gil Evans and George Russell had traced a few years earlier, although Green’s sextet permeates the harmonies of even fresher blues and more playful swing. Green was influenced by Charlie Christian, one of the first electric guitarists to be influenced by Charlie Parker; and, like Christian, Green was rolling out single note melodies ?? I don’t know if I’ve heard it before to scratch the guitar ?? with a soft, supple touch, like a horn player but also with precise clarity and steel. There is an uplifting and airy quality to his playing that is unlike any other jazz guitarist.

His group on Moments of inactivityJoe Henderson, tenor saxophone; Bobby Hutcherson, vibrations; Duke Pearson, piano; Bob Cranshaw, bass; and Al Harewood on drums, most of them emerging young innovators? This is possibly Green’s best album, notable for its 16-minute take on the title track (composed by Pearson) and the engaging liner notes (also from Pearson), which tells how far the song has become. long and how clever producer Alfred Lion was to leave him alone. (Other record directors of the time would have cut it.)

The sound, mastered by Kevin Gray from the original analog tapes, is excellent. You get the full shimmer of the strings of the guitar, the ringing and glow of the vibrations, the warmth and brassiness of the saxophone? Even the piano (a weak point in many Van Gelder productions) is rich and vibrant. Blue Note’s Classic Vinyl series isn’t as stylish as its Tone Poet records? almost any Tone Poet, for a lower price.

Kenny burrell Midnight blue, another sonic wonder of the Classic Vinyl series, is a more conventional jazz-blues album. (Track titles include “Chitlins Con Carne”, “Wavy Gravy” and “Gee Baby, Ain’t I Good to You”). Over the course of his long career, Burrell, who was 30 at the time of this recording (Green was 28 when he made Moments of inactivity), performed with a large band of musicians ?? Coltrane, Stan Getz, Art Blakey, Gil Evans, and many others ?? but his most frequent sideman concerts, on 22 albums, were with Hammond B3 organist Jimmy Smith. In other words, Burrell was deeply immersed in the jazz and blues nexus, although like Green he mostly walked through it in single note lines and, even on this album, with inventive harmonies.

Another sign of contrast: while Moments of inactivity features Joe Henderson on tenor (contemplative, complex, cool), Midnight blue screams Stanley Turrentine (more of a loud bar walker, although I’m not talking criticism: he’s as good as this guy comes). The quintet does not include piano or vibraphone, but it does have Ray Barretto on the conga.

The sound, again Van Gelder via Gray, is also superb. 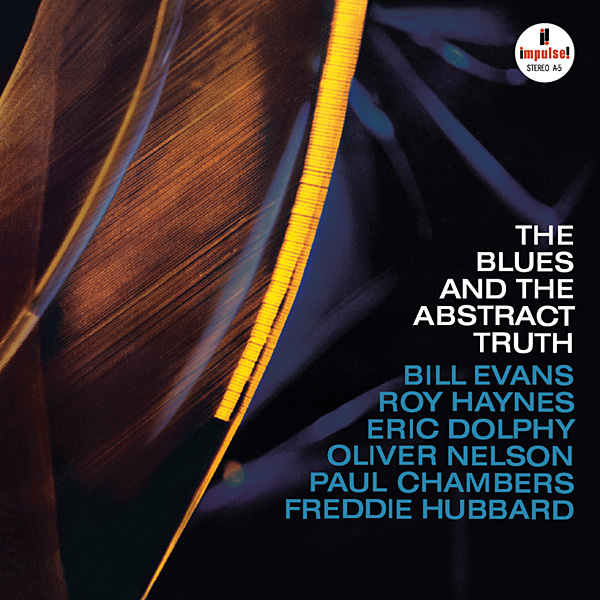 While we are on the subject of blues, jazz and abstraction: it is worth drawing attention to the work of Oliver Nelson The blues and abstract truth, a 1961 Impulse! album reissued on the Universal Music collaborative series with Acoustic Sounds by Chad Kassem.

This is a classical jazz recording; his flagship track, “Stolen Moments”, is one of the true masterpieces of jazz. (The song has some similarities, and not just in their titles, with â€œIdle Momentsâ€? Both are casually-paced minor-key modal progressions with each player allowed long solos? The first.) It also sports a range of Breathtaking Stars: Nelson, alto saxophone; Eric Dolphy, alto saxophone and transverse flute; Freddie Hubbard, trumpet; Bill Evans, piano; Paul Chambers, bass; and Roy Haynes, drums.

Nelson, just 28, had recorded six lead albums in the two years leading up to this one, seeking direction under the influence of Coltrane and Sonny Rollins, like many saxophonists at the time. But with Blues, his breakthrough, he found his own way, shifting to a more modal speed although his range remained eclectic. (The album’s second song, “Hoe-Down”, is modeled after Aaron Copland’s Rodeo.) Throughout his career he has infused deep blues into his most lyrical tracks (check out his arrangements on Sonny Rollins’ soundtrack album, Alfie), and he fashioned rhythmic or harmonic complexities in his most breathless lamentations. The blues and abstract truth indeed.

Sound, another Van Gelder production, mastered by Ryan K. Smith and pressed onto QRP vinyl at Acoustic Sounds, is another scorcher. It’s not as warm or 3D as the original Impulse! urgent ?? but try to find one in great condition. (If you do, buy it!) Either way, it comes very close to the original ?? much closer than any previous reissue, vinyl or whatever.