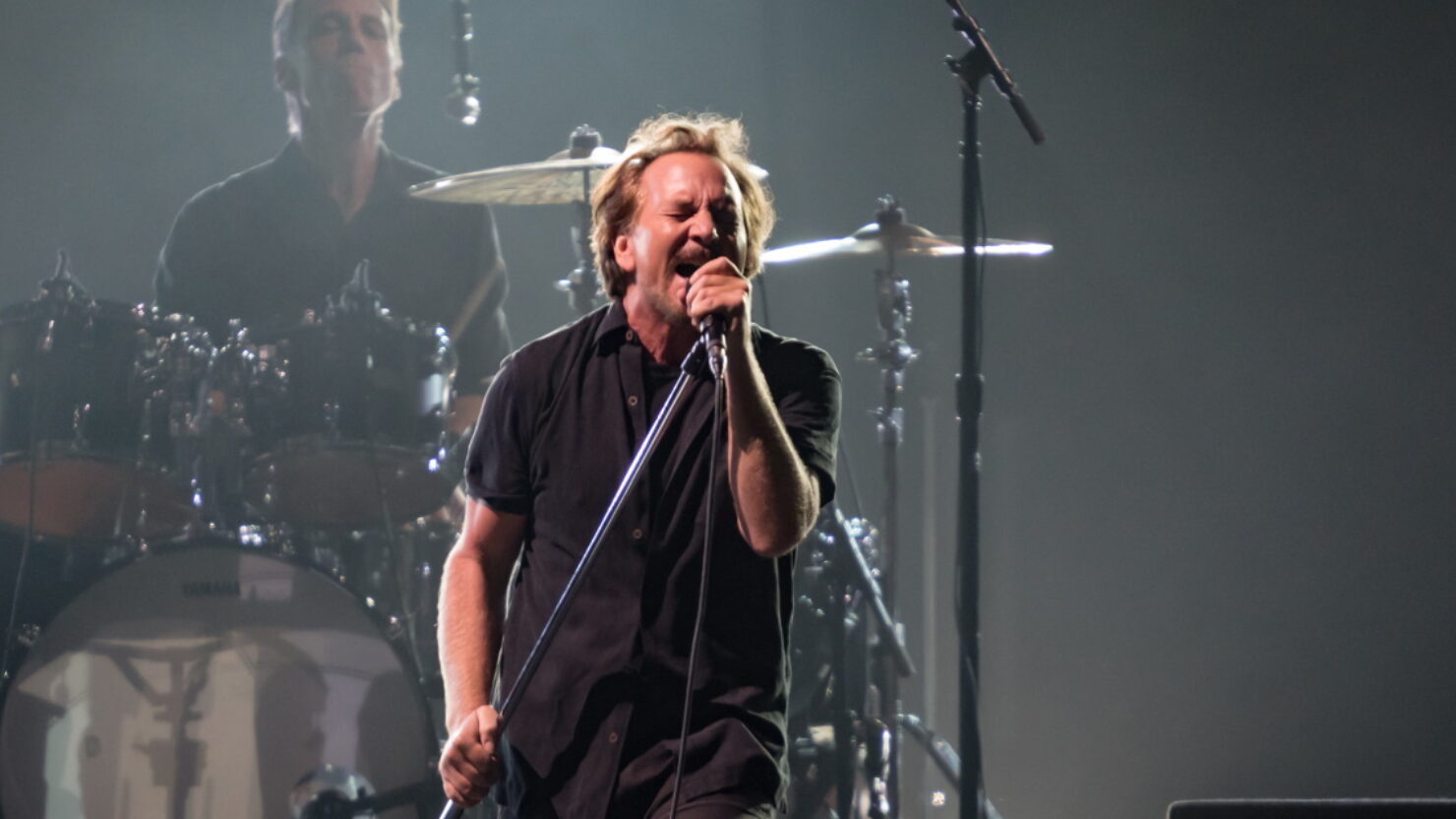 Watch Molly Sides and Whitney Petty join in a cover of The Who’s “Baba O’Riley.”

Pearl Jam played the final show of the North American leg of their tour in support of their 2020 album, gigaton, with a Thursday night concert in Denver. Members of the Seattle-based rock band Thunderpussy were brought in during the encore at the Ball Arena.

Thunderpussy Singer Molly sides and guitarist Whitney Petty came out for a cover of The Who’s “Baba O’Riley”. The collaboration was the penultimate song of the night and tour, as Pearl Jam capped off the show with “Yellow Ledbetter.”

Prior to this, the encore began with frontman Eddie Vedder playing a solo rendition of Tom Petty’s “I Won’t Back Down”. This was followed by “Chloe Dancer” and “Crown Of Thorns” by Mother Love Bone. The unmissable “Alive” was also part of Thursday’s encore.

Earlier in the main set, the gig began with Vedder and his bandmates starting the show in typical tour fashion by playing the opening songs seated. The setlist saw the tour’s only “Thin Air” and “Just Breathe”, with both songs last played in 2018. Other notable selections included the tour’s second performances of “Spin The Black Circle ” and “Faithfull”. The band faced the back of Ball Arena to deliver a cover of “Last Kiss” to audience members behind the stage.

Pearl Jam at the Ball Arena