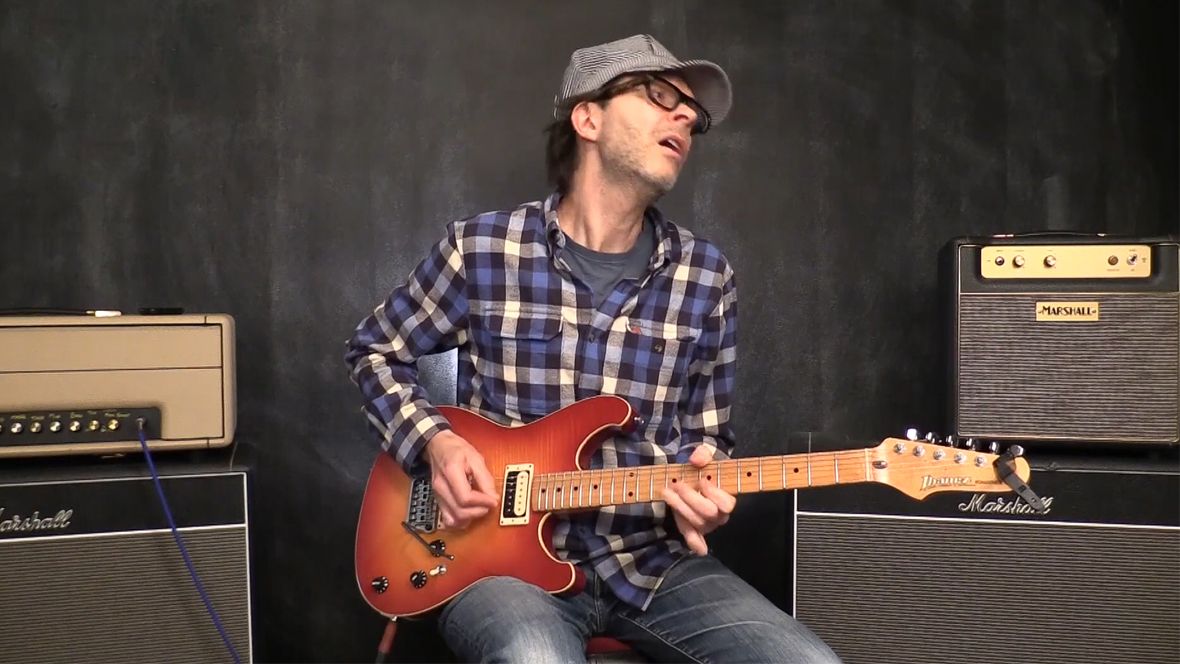 Paul Gilbert teams up with Guitar Techniques to launch his latest fretboard masterclass, That’s Too Much Like Work!

It’s been a busy 2021 for electric guitar mastermind Paul Gilbert, releasing both Portland Werewolves and a collection of shredded Christmas classics, ‘TWAS.

Now, the Mr. Big virtuoso has continued his fine belt form with an all-new standalone single, It’s too much like work!

The track itself debuted in partnership with guitar techniqueswho partnered with Gilbert to produce both a 17-minute performance/tutorial video and an exclusive transcript which can be found in the latest issue of the magazine.

In classic Gilbert fashion, It’s too much like work! takes a relatively moderate idea – in this case, the Brother Jacques– inspired melody – and extracts every ounce of color and nuance, decorating it with an assortment of bends and vibratos.

The solo, meanwhile, is an entirely different beast, requiring both a pick and a drill to navigate Gilbert’s maze of heavy twists and mosaic-scale leads.

In the video below, Gilbert breaks down three distinct lead lines – including the “crazy lick” of the It’s too much like work! intro – and discusses the development of the track from a basic vocalized chord progression into the million-mile-per-hour fingerboard workout it has become.

Oh, and he also talks about the importance of choosing the right drill. The newer ones, according to Gilbert, aren’t good: the immediacy of the stop spin does nothing for your tremolo tone when the trigger is released. His, a modified Makita, instead slows the rotation, resulting in siren sounds from the track.

The bulk of the song, however, is found in guitar techniqueswhich removes everything from the main verse/chorus melody to the dizzying 30-bar solo that Gilbert executes using his trusty Makita drill.

In terms of tone, Gilbert said guitar techniques he ran through both an early-series Origin Marshall—mated to the 12″ speaker of a Bluesbreaker combo—and a ’70s Fender Princeton Reverb, both wired through a Lehle P-Split for phase correction.

In the effects department, the track uses a Supro Drive overdrive pedal – used in tandem with the JHS Haunting Mids or PG-14, Gilbert can’t remember which – as well as Alter Ego and Arena delay and reverb pedals. from TC Electronic.

Head over to Magazines Direct to grab the latest copy of guitar techniqueswhich includes a Q&A with Joe Satriani and Frank Gambale, the It’s too much like work! tab, and a lesson in how to nail 1980s guitar sounds.