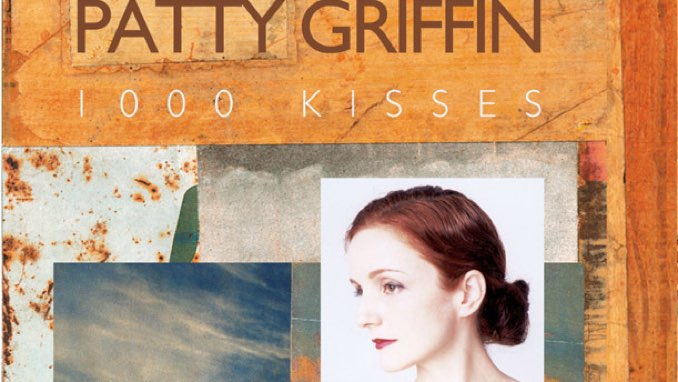 
This story originally appeared in issue #1 of Paste magazine in the summer of 2002, republished to celebrate Paste’s 20th anniversary.


Tender, passionate, incisive, penetrating, authentic, Patty Griffin has a gift for writing direct, conversational and narrative songs. She has a keen eye for the humanity around her, the heart to feel their joy and sadness, and the integrity to lay that heart bare. His last album, 1000 kisses, showcases this gift in a remarkably poignant way. Closer to the acoustic simplicity that characterizes its beginnings, living with ghosts, the new album features a more mature Griffin. Gone is the inequality that plagued his otherwise impressive previous efforts. His lyrics, vocals, and surrounding arrangements flow unrestrained from the record and straight into the heart. While lacking the appealing punk-rock intensity of Blazing redthe title song of, 1000 kisses is Griffin’s most cohesive and successful effort to date. And that’s saying something for someone who has already earned a reputation as a singer-songwriter.


1000 kisses is Griffin’s debut album for Dave Matthew’s ATO Records, and although it’s only her third release, it’s actually the fifth album she’s recorded (not including the first demo she sold at shows. around Boston). Nile Rogers produced his first record, which A&M rejected. Griffin convinced A&M to release his demos, which became living with ghosts. Rogers’ record was apparently overproduced with little input from Griffin.
“They’re interesting,” she laughs, discussing her hope that these arrangements stay in the vault.

Next Blazing redGriffin recorded silver bellbut that record was scrapped and she was dropped from her label (then Interscope, following a series of mergers and reorganizations).

“It’s kind of what it is,” she says of her struggles with labels. “You might get upset about it, but it wouldn’t really do much good.”

Part of her problems, she thinks, stem from being past her teenage years. “I think that’s probably true in all areas of our culture,” she says. “Women have passed a certain age and they are no longer considered in the race. Strange,” she adds with a laugh. “I feel like I still have things to offer. I don’t feel like I’ve fully gotten over the hill yet.

With his newfound freedom, Griffin recorded 1000 kisses in the basement of guitarist Doug Lancio’s studio. She assembled a stellar little ensemble (Lancio on guitar and mandolin, Brian Standefer on cello, Michael Ramos on accordion, John Deaderick on piano, Dave Jacques on bass and Giles Reeves on percussion and vibrations), recorded her vocals in a day and a half, and finished recording in a few weeks.

“We had so much fun doing it,” she said. “We were just making music. We worried for a very long time that maybe it was terrible because we were having too much fun. And we realized that was probably a good thing.

Griffin bought his first guitar at age 16, but didn’t seriously consider a music career until a few years after moving to Florida after graduating from high school. Listening to U2’s “Pride (In the Name of Love)” got him thinking.

With that, Griffin moved to Boston and balanced a new marriage, odd jobs, guitar lessons, and performing in small clubs. But she never felt part of the Boston folk scene.

“What people called folk music there, I didn’t really have an affinity with that,” she explains. “I didn’t really find this music interesting. I think because there was a woman playing an acoustic guitar, I immediately had that label on me. And I felt resentful of it in that moment, because I never listened to any of that stuff and I thought, ‘Well, how did that happen? You know, I’m just rocking here and you can’t figure this out.

The usually silent Griffin becomes the most vocal when discussing her work with the Vietnam Veterans Foundation of America and its Concerts for a Landmine-Free World, which is not surprising given the acute social conscience expressed. in his writing. Griffin traveled to Vietnam and Cambodia to see VVAF programs. “I really think there’s still a lot of healing that our country still has to do after probably all the wars of the last century that we’ve been involved in,” she mused. “[The people of Vietnam are] more advanced in their recovery than we are. And that interests me. They still have the bullet holes in the walls there, and the shelled buildings. But I think they saw the Americans and they saw that [we] were people and kind of caught up in the same thing they were caught up in. We don’t have that luxury. But we have the opportunity to get to know them through things like this. We have a lot of money and we could really help them.

If there is an endless rope out there without anyone crying, it will be formed with the help of people like Griffin who open their eyes and their hearts and offer whatever rope they can.

“Patty Griffin is a true gift for music. She’s an amazing, breathtaking artist. She’s what music should be.”—Julie Miller

“I suspect that Patty Griffin’s songs make most people feel a little uneasy, like they’ve just stepped into a private moment in someone else’s life and they know that ‘They should turn around and tiptoe away, but they can’t. They make me jealous. —Steve Earle

“I remember hearing Patty sing her song ‘Mary’ in a stunning solo performance one night. It brought me to tears and it’s still the truest test for me. Her voice alone is enough. to rave and then there’s the songs! I’m amazed that Patty isn’t already famous.”—Lucinda Williams.

“I told Patty she was a genius. She said I was wrong…so…she’s brilliant, okay?” – Bruce Cockburn

“It’s Patty Griffin’s gift; with her voice and her songs, she lights up the dark places, tells the stories of the quietest among us, and breaks every heart in the room with her knowledge of love and its fallout. 1000 Kisses is a masterpiece of writing and singing, confirming that Patty Griffin is one of the most eloquent and gifted artists in contemporary music today. ——Mary Chapin Carpenter