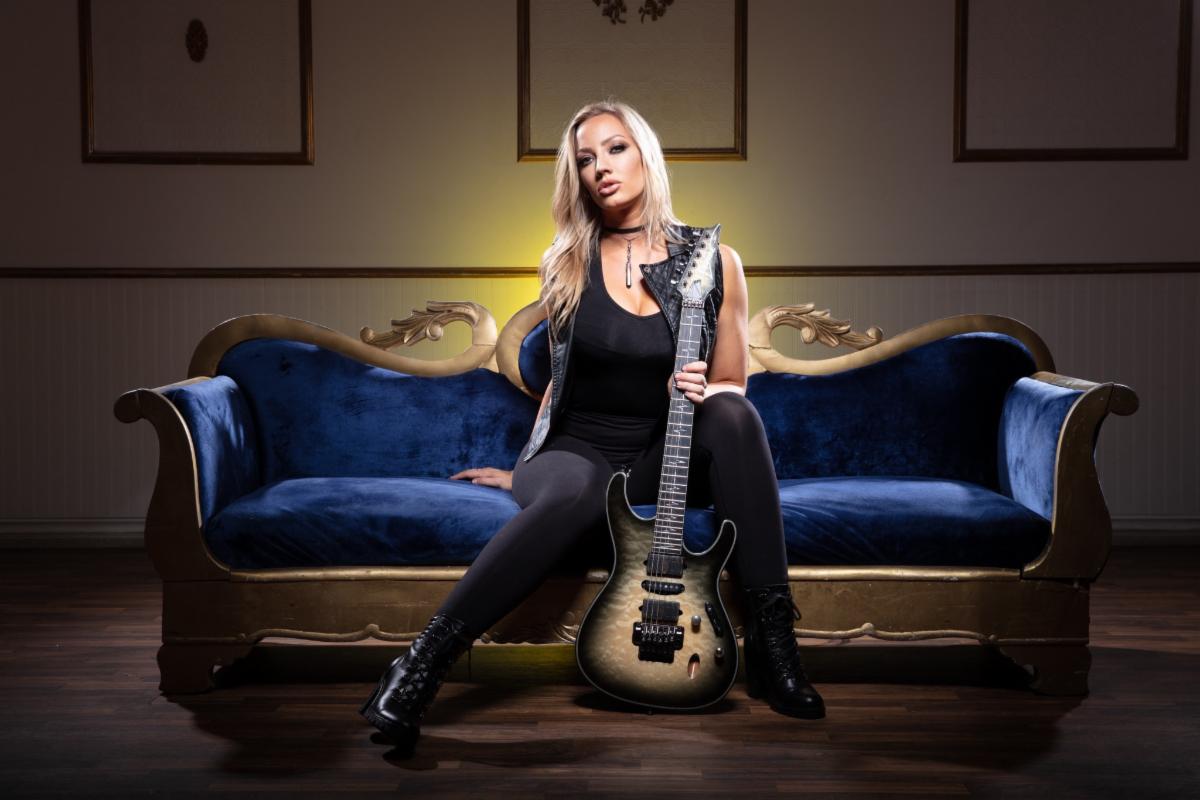 Through her obsession, dedication and hard work, NITA has not only been firmly established as one of the best guitarists in the world, she is also a role model, trailblazer, fitness fanatic, phenomenal performer and totally tough. His talent, his exuberant stage presence and his love for all things guitar made NITA a truly unstoppable and limitless force, blazing a trail hitherto uncharted.

As well as writing, producing and playing all of the guitar and bass parts for his solo output, NITA is known for wowing fans around the world as the touring guitarist for Alice Cooper and more recently the mega -star, Demi Lovato. Gracing the covers of Guitar World and Guitar Player, performing for millions upon millions of WWE fans worldwide at record-breaking pay-per-views, and becoming the first woman to own an Ibanez signature guitar (which is now hanging at the entrance to the legendary Guitar Center on Sunset Blvd).

When the pandemic hit, being the force of nature that she is, NITA took the adversity of not touring and being home and turned it into a positive. NITA has launched its online guitar learning course, Rock Guitar Fundamentals which takes the learner through everything from picking up guitar for the first time to learning songs and playing solos. Taking its passion for health and fitness to the next level, NITA also launched it Body Shred Fitness Challenge, a 3-month fitness challenge that combines a love of music with a passion for better physical and mental health! And, as if that weren’t enough, NITA threw it Patreon which gives fans access to weekly live streams, lessons, signed photos and behind the scenes of the album recording process.

In addition to these digital initiatives, NITA is also the official in-house guitarist for the current Super Bowl champions, Los Angeles Rams. She has performed at numerous WWE events including Wrestling mania 34, Evolution and WWE’s NXT Takeover: Stand and Deliver event, released three signature Ibanez guitars, JIVA, JIVA Jr and JIVA X, was featured on the cover of Guitar World’s: Guitarists of the Decade question and played ex-bandmate and world champion boxer Mikaela Mayer in the ring when she unified the WBO and IBF belts.

NITA released their debut solo album “Controlled Chaos” in 2018 to acclaim from fans and media, with Metal Injection calling it a “great debut that, as its creator intended, leaves no doubt.” and Guitar World stating that “‘Controlled Chaos’ is a panoramic view of Nita Strauss’ many strengths”. To date, the album has garnered 8.95 million streams worldwide, with music videos for the singles”Our most desperate hour“, “Chaos“, “Alegria” and “Mariana Trench” cumulating more than 3.5 million views on Youtube.

Poll: What is Rush’s best album?

Behind the Music – Mike Brookfield