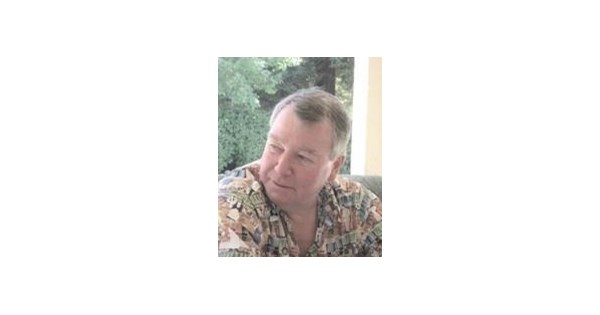 Michael “Mick” Benn
December 18, 1949 – October 28, 2021
Ripon, Calif .– Mick, 71, was born in the basement of his father’s doctor’s office on the corner of Main and Acacia streets in downtown Ripon. He shared this honor with one of his three brothers and dozens of others who were delivered in the late 1940s and early 1950s. He spent the last ten years of his life in his home in only two blocks from his birthplace.
He was the third of four sons of Jim and Jeanne Benn. They were both raised and educated in the San Francisco Bay Area and loved taking their boys there to soccer games, restaurants and theaters. While Mick enjoyed these outings, he preferred a slower pace and the much smaller, friendlier community of Ripon. Along with his older brothers Jim III and Charlie and younger brother Dave, the Benn boys made their way pretty wide into the small town. From the mid-1950s to the early 1970s, the front yard of the Benn’s house was the setting for many football, basketball and can-kicking games. The crowd of neighborhood kids has been dubbed the Vera Street Gang by some teachers at Ripon Grammar School.
Mick dated Ripon Grammar (later became Ripon Elementary much to the dismay of the Benn brothers!)
While growing up in the idyllic small town world of the United States, he was a Boy Scout, a sidekick at St. Paul’s Episcopal Church in Modesto, played classical guitar, and became SCUBA certified as he was still a young teenager. He learned to develop photographs and turned the Benn boys’ shared bathroom into a part-time darkroom. He started bodybuilding in elementary school and went on to become a winning wrestler at Ripon High and was very successful as a fullback linebacker and midfielder on the football team.
Mick was an adult learner. He became a very good cook and enjoyed learning cooking for the rest of his life. He loved the music of Bob Dylan, John Prine and Joan Baez. He loved folk music, bluegrass, and Andres Segovia’s classical guitar. After spending the summer of 1974 in Kenya, he remains fascinated by Africa. Over the past decades, he has enjoyed several fishing trips with his brother Charlie to Cabo San Lucas and British Columbia. In 2018 Mick joined brothers Charlie and Dave on an extended tour of WWII sites in Europe and added time to Ripon, England. He was a Renaissance man with a wacky sense of humor who enjoyed expanding his knowledge of the world and the human condition.
After graduating from college, Mick attended the Radiologic Technology Program at San Joaquin General Hospital and began his career at the Memorial Hospitals Association and worked there for 34 years. In 1980, he married Robin Baker, a nurse he met at Memorial. During their 26 years of marriage, they lived in Ripon, Modesto and finally on a small ranchette outside of Waterford where they had horses and dogs and loved living in the countryside. Mick returned to Ripon in 2011, retired in 2013, and spent much of his summers at the Pinecrest family cabin.
Mick was predeceased by his father, Jim Benn Jr., MD; mother Jeanne Kesler Benn and older brother Jim Benn, III. He is survived by two of his brothers and three sisters-in-law: Charlie Benn (Roberta) of El Macero, Dave Benn (Kathy) of Modesto and Sharon Benn of Ronan, Montana. Mick also survived his nephews and nieces: Jim Benn from Bigfork, Montana, Megan Benn from upstate New York, Erin Bass (Chris) from Elk Grove, CA, Kes Benn (Jinnah) from Nevada City, CA, Kyle Benn (Julie) from Napa, CA, Krista Nowaczyk (Nick) from Scottsdale, AZ, and Caitlin Scordalakis (Steven) from Elk Grove, CA. Mick also leaves fifteen grandnephews and nieces in Montana, Texas, California and Arizona.
A celebration of life is planned for a later date. At Mick’s request, his remains will be held in private. Ripon’s Deegan Funeral Chapel is serving the family at this time. In lieu of flowers, the family would be honored if you would like to donate, in memory of Mick, to any charity or special service of your choice.