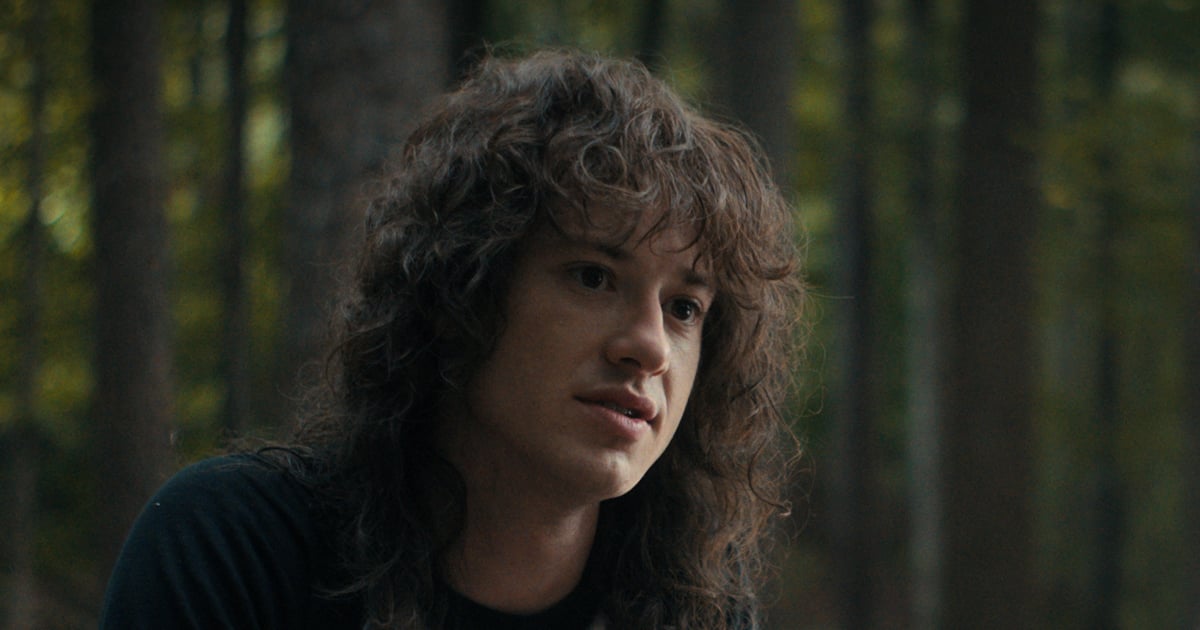 Was Eddie Munson’s ‘Stranger Things’ guitar solo ‘the most metal ever’? Metallica thinks so! The iconic heavy-metal band weighed in on the use of their 1986 hit “Master of Puppets” in a major scene from “Stranger Things” Season Four, Volume Two, calling it “very well done.”

“The way the Duffer Brothers have incorporated music into ‘Stranger Things’ has always been on the next level, so we were beyond thrilled that they would not only include ‘Master of Puppets’ in the series, but have a such a crucial scene built around her,” the band wrote on Instagram after the final two episodes of season four released on July 1. “We were all thrilled to see the end result and when we did we were totally blown away…it’s so well done, so so, that some people could guess the song just by seeing a few seconds from Joseph Quinn’s hands in the trailer!! Is that really cool?”

In the scene, season four’s new addition, Eddie (Joseph Quinn), distracts the bat-like creatures protecting Vecna ​​in the Upside Down in order to allow his classmates into the house of the Villain from another world. Eddie plays an incredible guitar solo from “Master of Puppets” that drives all the bats from Vecna’s lair to himself and Dustin Henderson (Gaten Matarazzo), stationed atop the Munson trailer. Then they fight the scary creatures using their makeshift weapons. Unfortunately, the performance is the beginning of the end for Eddie, who sacrifices himself to further distract and ward off the winged creatures.

Metallica said of their inclusion in the big moment: “It’s an incredible honor to be a part of such a big part of Eddie’s journey and to once again keep company with all of the other amazing artists featured on the show. .”

Quinn, 29, was actually playing guitar during scene nine, he’s since confirmed — which turned out to be quite the feat. “I’ve been playing guitar since I was pretty young. So I had the basics to get the most out of it,” he told Entertainment Tonight. Yet, he explained in more detail in an interview with Radio Times, meeting the challenge required practicing “maniacally for months”. “I was trying to be realistic with what I could do,” Quinn told the outlet. “As if I had played [guitar] since I was a kid but I am not a virtuoso. So I had most of the song, but for the solo we had to bring in someone, a belt black metal guitarist, to help us out. The rest ? I got a stab, yeah.”

Quinn added: “It was so exciting to do that day – me and Gaten [Matarazzo] were at the top of the trailer in the middle of the Upside Down playing Metallica. And it was great fun!”