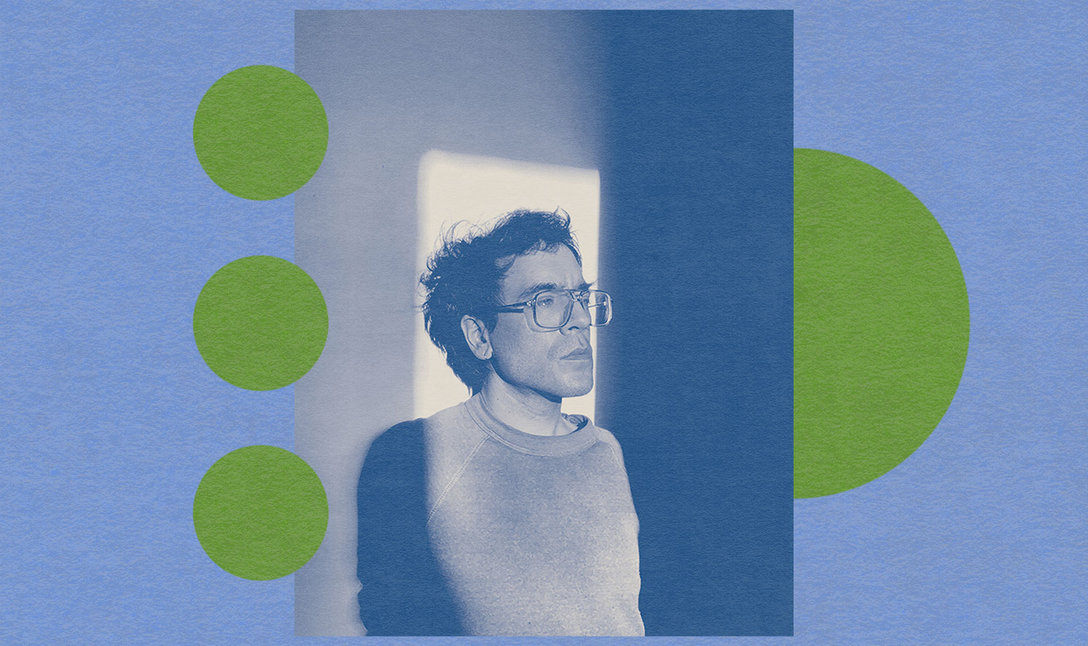 If Mark Tester’s next exploratory electronic solo album The rhythms of Oblivion revisited were your first meeting with the Indianapolis-based musician, you might be surprised to learn that some of his early recordings were with the garage band, psych, and ultimately the experimental band Burnt Ones. Released on Portland Moon’s Glyph Records label, The rhythms of Oblivion revisited reveals Tester as a playful and adventurous voice, willing to shy away from writing classic songs in search of tone, mood and atmosphere. His journey as a synthesizer, improviser and engineer to rock composer is pronounced, but curiosity has always been in Tester’s DNA. His first performances and musical experiences were as a young teenager, techno DJ throughout the Midwest, traveling to neighboring states to play underground raves, before falling in love with hardcore and founding his first serious band, Burnt Ones, in early 2010..

In many ways, Burnt Ones was an exercise in serendipity. “For the most part, things would just come our way,” Tester explains. Burnt Ones started out in Indianapolis but moved to San Francisco in the summer of 2010, at the height of the city’s garage rock scene. “We attract attention in a way that seemed unique.” Prior to the move, Burnt Ones – originally a quartet with drummer Amy Crouch, bassist Brian Allen and synthesizer / guitarist Landon Caldwell – was a minimal affair, interested in making the simplest earworms and more poppies. Their move brought them closer to contemporaries like Thee Oh Sees, Ty Segall, White Fence and Sic Alps. They were greeted with open arms and quickly attracted an audience. Their second show in the Bay Area opened for Pierced Arrows, the legendary garage trio created in the wake of Fred & Toody Cole’s founding Dead Moon trio. Burnt Ones ended up releasing feature films on the garage mainstay and psych rock Castle Face Records.

After a brief stint in Los Angeles, Tester returned to Indianapolis in March 2016, where he still resides. In his hometown, he made a name for himself as an experimental musician, improviser and booker for the beloved State Street Pub venue and bar. These days he performs in various setups and projects, from his duet with Caldwell, to the Kraut-esque The MK-II, to the Crazy Doberman free jazz contingent, to the release of music under his own name. He mentions that the more recent compositions are created like a painting, embodying chance and humor with an impressionist approach. “It’s a bit of a cliché,” he says. “But I like to be an antenna, a conduit for all the sounds I hear.”

With such a varied production, it’s impossible not to imagine Tester guided by such a philosophy from the start. Here are some recordings to prove it.

Burnt Ones’ debut album is their simplest, consisting of shorter songs with bubblegum melodies. Tester’s voice sounds like a Midwestern Marc Bolan riding a fuzzy guitar. The comparison is crystallized on the glammy and swaggering second track “Sunset Hill”, its high-harmony chorus complementing the instrumentation. The climax of the album “Never Gonna Die” is the longest of the disc as well as the most constant and the most trance, in the vein of Bardo Pond with a more minimal rhythm than on the first kinetic numbers. Loud guitars and howls slowly meander through the song before fading away.

“We got more ambitious in the studio,” says Tester of Burnt Ones’ latest album, 2018’s Latest draft in different rooms. “Even people who liked this one were a little shocked.” The strangest version of Burnt Ones, Latest draft in different rooms was created after Tester returned to Indiana and began migrating to more experimental territories. Gluing and manipulating tapes are major components, as are synthesizers. Songs like the magnificent “Cascades” begin in the realm of concrete music before Tester’s song turns it into a galactic ballad; it then falls into a soft end of synth and guitar. While there are sometimes nods to writing pop songs, the shine of previous Burnt Ones has faded, paving the way for more adventurous methods of sound storytelling.

Tester began experimenting with creating “little pieces of sound” during his final months in San Francisco, before moving to Los Angeles. “I wanted to make music for my listening, not because it’s good, but comfortable, something that could be in the background of the show,” says Tester. The 24 pieces on No matter are intuitive research on synths that straddles the line between ambient music and experimental electronics. Some, like “Subdivision DJs”, use a drum machine to encourage head movement just before a 40-second noise track, “Bloose,” comes along. There are many styles of electronic music here, and on top of it all you can hear The Tester’s Joy.

At the time of these recordings in 2017-2019, Tester was deeply rooted in experimental music, but was still working with Caldwell, who had returned to Indianapolis about a year before Tester. “We have maintained a constant collaboration from the moment we started to [collaborate]”, says the tester.” Musically, we are really in tune with each other. “An evocative collection of electro-acoustic music with krautrock accents, Little Flower was created on three Sundays of three different April over the next three years. The music is melodic and luminous, thanks in large part to Tester’s synth: the legendary ARP Odyssey. Its melodies move in and around a piano on the opener “Sunday Piano”, while they soar alongside the bass guitar on “House of Phase”. Other songs are more oriented on texture and timbre, like “The Alarm”, closer, which begins with an excited and shaking piano before being strangled by the noise of the synthesizer.

Crazy Doberman is the project of Richmond-via-Indiana freaks, Tim Gick and Drew Davis, but their recordings frequently feature a rotating cast of contributors. At Hynagogic relapse and other penumbra phenomena, Tester plays synths, flute and percussion, and he also designed the record. The album begins with the tense and industrial “Hypnagogic Relapse”, but overall it’s a diverse collection with more beautiful “Distant Bells” compositions balanced by loud and punchy tracks like “The Opening and Closing of the Tinctures “. This album was recorded at “A Space”, a sort of community recording studio in the middle of a mall in Indianaplis set up by Tester, Landon Caldwell, John Dawson of Magnetic South & Thee Open Sex and Sharlene Birdsong of Thee Tsunamis, White Moms and Service. “We’d be there for, like, three days,” Tester says. “Make 12-hour sequences of completely improvised recording.” Afterward, Davis and Gick analyzed the material and edited it together, and came up with the eight tracks that make up Hynagogic relapse .

As No matter, Tester’s first solo LP The rhythms of Oblivion revisited has many songs, this time eighteen, often short, but with a higher production value. Testing, too, seems more assured of his playing, his composition and his technical skills. Songs like “Jet Like Silver”, which start just over a minute, cover a lot of ground; rich in melodies and punchy compulsive, the song is fast, catchy and moving. Others, like “Liquid Dance Memory Fade Into Mist”, use minimalist techniques to fill the space, bringing the listener in and out of a series of cascading melodies as the rhythm comes in and out. .