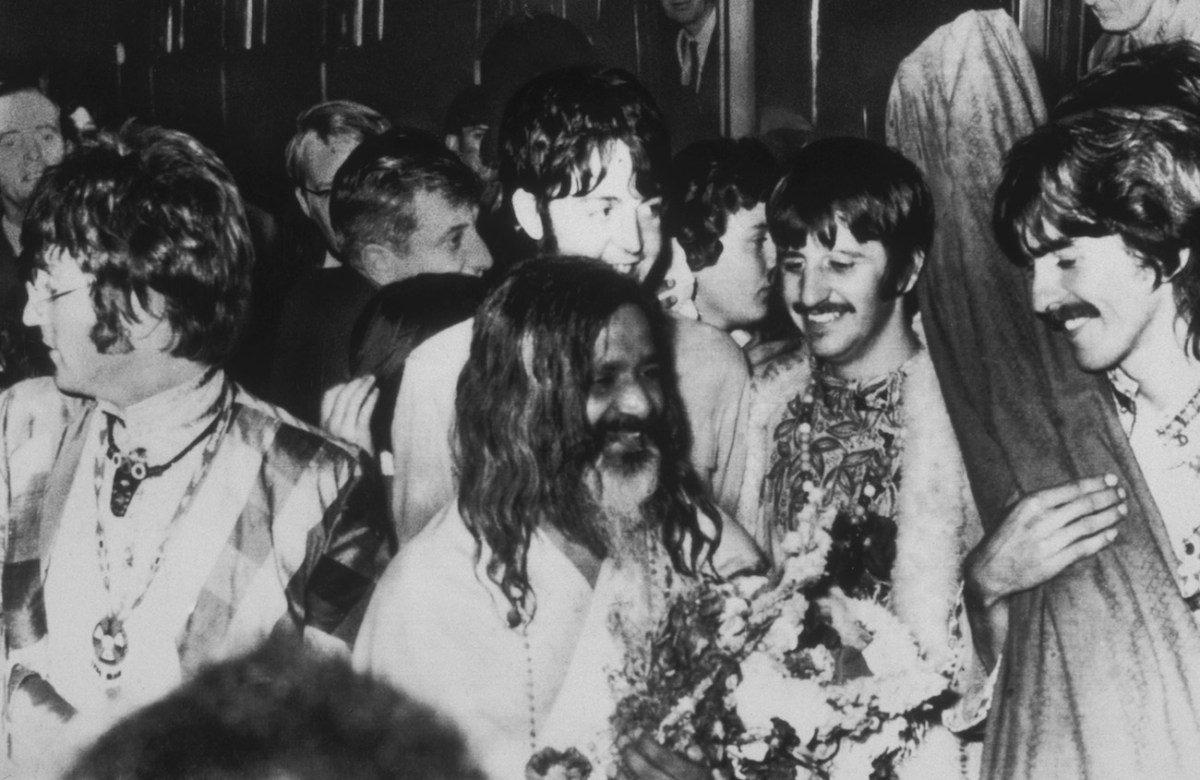 Maharishi Mahesh Yogi thought the Beatles’ music would improve if they learned his meditation techniques. The guru was almost naively confident, but the group didn’t trust him for long.

The Beatles heard the Maharishi speak for the first time in London. They had entered a period of introspection and wanted to know more about spirituality, so the guru’s words touched them.

However, they soon learned that the Maharishi was a bit full of himself.

In Here Comes The Sun: The Spiritual and Musical Journey of George HarrisonJoshua M. Greene wrote that Maharishi Mahesh Yogi earned a degree in Physics from Allahabad University before turning to the study of meditation.

In 1958 he moved to the UK and founded the Spiritual Regeneration Movement, which taught “the fundamental principles of yoga, breathwork and mantra meditation”.

George had already started his spiritual journey in 1965 after taking LSD and learning from Ravi Shankar, but he wanted more. He knew he needed a mantra, “a password to enter the other world,” Greene wrote. George hoped the Maharishi could relay this important message.

When the Beatles first heard the guru speak in London, he had already introduced 10,000 people to a technique he called Transcendental Meditation. He claimed that if everyone meditated with his mantra, wars and destruction would cease to exist.

“The word ‘mantra’, he said, is made up of two parts: man (mind) and plateaua (liberation), and repeating a mantra calms the mind and brings inner peace,” Greene wrote. “Wars, epidemics, famines and earthquakes were all symptoms of tension,” he says, “as contagious as any other disease.

“If even one percent of the world’s population would follow this easy method of meditation, it would be enough to reduce tension and dispel the clouds of war for thousands of years.”

After his lecture, Maharishi invited the Beatles to his retreat in Wales. There the Maharishi gave the Beatles a word or a syllable. “Over time he added more words or syllables until the pieces fit together to form one of India’s traditional mantras,” Greene wrote. “He took George aside, then his buddies, and whispered a mantra in their ear.”

The Maharishi believed that something good would happen to the group if they meditated with his mantras.

When the Beatles were on the train to Wales with the Maharishi, the guru told them they would find his meditation technique very handy, like funds in a bank. “You don’t need to carry cash with you,” he said, “just withdraw when needed.”

Greene wrote: “What if you’re a glutton, John asked, and want another meditation after lunch and another after tea? Her question caused the Maharishi to burst out laughing.

That trip didn’t end so well with the death of their manager, Brian Epstein. However, soon after, the Maharishi announced another retreat at his ashram in Rishikesh, India.

Greene wrote: “Prompted in part by a desire to leave behind the sadness of Epstein’s death, in part by their natural spirit of adventure and in part by a curiosity to better understand George’s fascination with meditation, they accepted.”

However, the Maharishi naively believed that the group was more invested than them. George was the most interested. The other three were skeptical and only went to get away from the nagging press.

The Maharishi was hopeful, however. If the Beatles’ music improved because they used his meditation techniques, he would become even more internationally famous. It would spread his word like never before.

“I am very happy that the Beatles will soon follow me to Indian shores to further study Transcendental Meditation,” the Maharishi told reporters at Madison Square Garden before a lecture in January 1968. “Due to the expansion aware of the mind brought about by meditation, the Beatles’ records will show changes in the future, which I think will bring out depths of their talents that even they have yet to reach.

RELATED: George Harrison Didn’t Like His Singing in The Beatles, But He Was Too Critical

Going to the gurus’ ashram brought out the group’s creativity, but they didn’t exactly buy into his teachings.

The guru wanted to take credit for some of the great music the Beatles could have created after learning from him. However, they eventually realized he didn’t deserve any credit. All he did was give them a quiet, secluded place where they could mourn their manager and get some peace.

Although they wrote 48 songs at the ashram, most of which ended up on The white album later this year.

“The weeks the Beatles spent at the ashram,” later wrote photographer Paul Saltzman, who also attended the retreat (per rolling stone), “were for them a unique oasis of calm and creativity: meditation, vegetarian cuisine and the gentle beauty of the foothills of the Himalayas.

“There were no fans, no press, no rush with busy schedules, and in that freedom, in that one time capsule, they created more great music than at any similar time. of their illustrious careers.”

“Songwriting just got easy,” Donovan wrote in Donovan’s autobiography. “Paul Mac never had a guitar in his hands. He left us all a few songs though, and you can hear the results on the records that followed, the Beatles White Album and mine The hurdy-gurdy man.”

The only person who wasn’t happy with all the songwriting was George. He still felt like they had traveled to Rishikesh to get some precious meditation time. George even scolded Paul McCartney for writing too many songs.

The rest of the Beatles weren’t as interested as George. However, they became even more disinterested when they heard a rumor that he had been inappropriate for some female guests. John Lennon was outraged and quickly fled.

The Beatles’ time with the Maharishi was controversial, but they took a few pieces of what they learned. However, the guru was wrong to believe that Beatles music would improve. It was already phenomenal.

RELATED: Why George Harrison Said ‘The Rutles’ ‘Freed’ Him From The Beatles Legacy