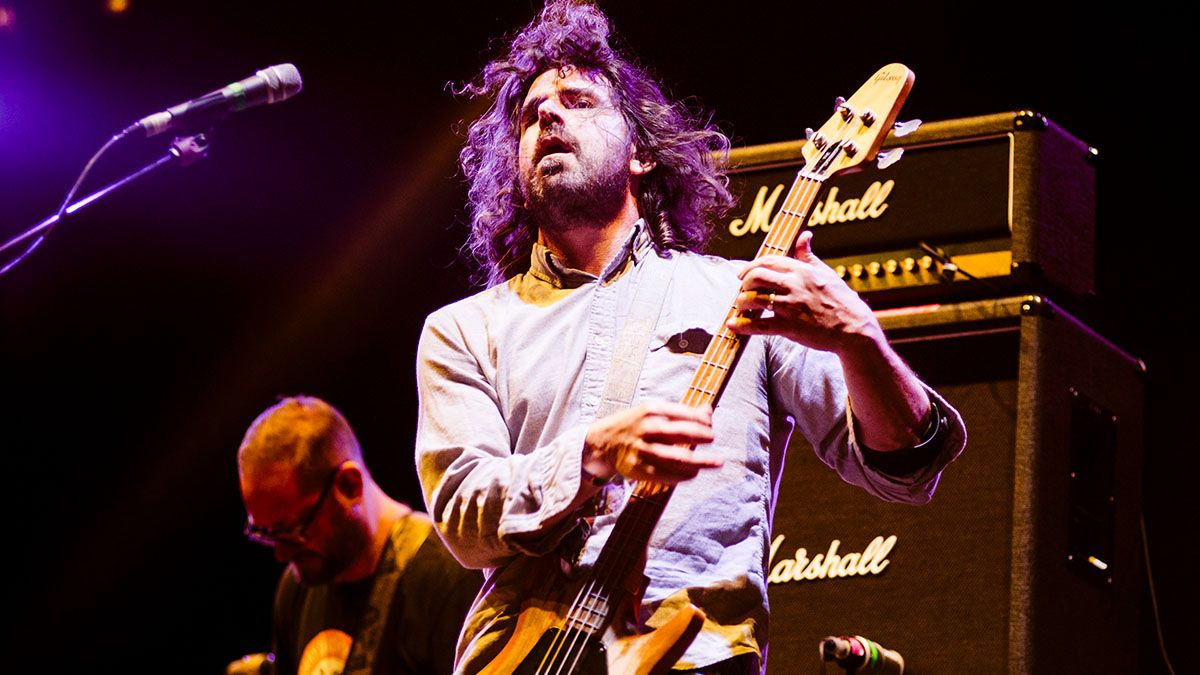 Lou Barlow: “Every time we make a record, I hope to find a magical combination that comes close to the rumble of what we’re getting live. I don’t know if I’ve done it before.”

As a member of one of the most legendary bands of all time, Dinosaur Jr. co-founder Lou Barlow naturally offers plenty of powerful, but nonetheless pop, win-crank basslines. Sweep it in space, the Massachusetts-based trio’s 12th album and the fifth since their classic line-up reformed in 2005.

Live, he happily decimates the crowds with several stacks. It’s trickier in the studio, however, with the bassist admitting he’s still looking for an idyllic boom to best complement – or perhaps compete with – guitarist J Mascis’ screaming tracks.

“To be completely honest, it’s hard to get a sound recorded with Dinosaur Jr. that I feel like I’m there,” he reveals. “Due to the nature of the way records are mixed, bass really gets pushed into the mix. I have a chance to fight live – I have my amp wall, and J has his – but once it comes to recording, and once the overdubs start, it’s hard. to place the bass in the right place.

“Every time we record a record I start from scratch, hopefully finding a magical combination that comes close to the rumble of what we’re getting live. I don’t know if I have already done this.

Although humble about his presence, Barlow’s rhythms on Sweep it in space are nevertheless heavy.

During sessions at Mascis’ Biquiteen attic studio in Ahmerst, MA, Barlow followed his pieces by pushing a pair of Gibson Grabbers through a Marshall JCM 800 2205 “with a bunch of tubes removed” and an old SVT cabinet, which all give a gritty midrange sneer to heavy tracks like I’m not, Hide another trick, and N Say.

Having first formed the band in 1985 with Mascis and drummer Murph, Barlow enjoys moments that reflect the dynamism of Dinosaur Jr. working only as a power trio. “It really cuts down to the basics of the band,” the bassist said of their simple but steely-reinforced approach.

“I think it’s a lost art with a lot of rock bands and recording techniques. People say to themselves, “It seems too empty; you have to put rhythmic guitars! ‘ I never liked it. I think it should be like in the 60s, like ‘No shit! It’s 1967 – bass in the left channel, guitar in the right. ‘ Cut it off and let the guitar speak. Let the bass be heard.

This is not to say that there are no overdub-embellished sections on Sweep it in space – check, for example, the wild and sustained folds of the layers of Mascis at the top of the big Crazy Horse fangs of I met the stones, or the 12 sequined strings that album co-producer Kurt Vile brings to I ran away.

But on Garden and Ask yourself why, notably the two songs Barlow wrote for the set, the main sections take a more streamlined three-part approach. Interestingly, each one comes in as bass-on-bass moments, with Mascis posing both the groove and some high-necked noodles on a ’65 P-Bass; Barlow manages the six strings outside of these sections.

“It’s hard to teach my guitar parts exactly to J. You know, we both have idiosyncratic playing styles,” Barlow says of the role swapping for these particular cuts. Although he often switched from bass to guitar through various releases from his other longtime band, Sebadoh, he and Mascis first completed their instrument swap in 2016. Provide insight into what you are not. “It’s cool to change, and he’s in it.”

As Barlow cut off his elegiac Garden and the closing alt-ballad You ask yourself with Dinosaur Jr. before the pandemic closes sessions, a third track named after him Why can’t it wait failed to save.

Instead, he’s featured on Barlow’s latest solo LP, Reason for living, as an acoustic room. As to what was captured on Sweep it in space, the LP further refines the band’s unique and sandy sound plan.

“The sound of the band is something we forged when we were very young. There is such familiarity; I find that really heartwarming, ”says Barlow of Dinosaur Jr.’s instantly identifiable crisis.“ My love for the Ramones’ first four or five records is simply limitless; very early Black Sabbath, too. Being in a band that has that kind of silly energy similar to this is perfectly within my limits. At the heart of the sound, there is something that reminds me of my youth, in a good way.