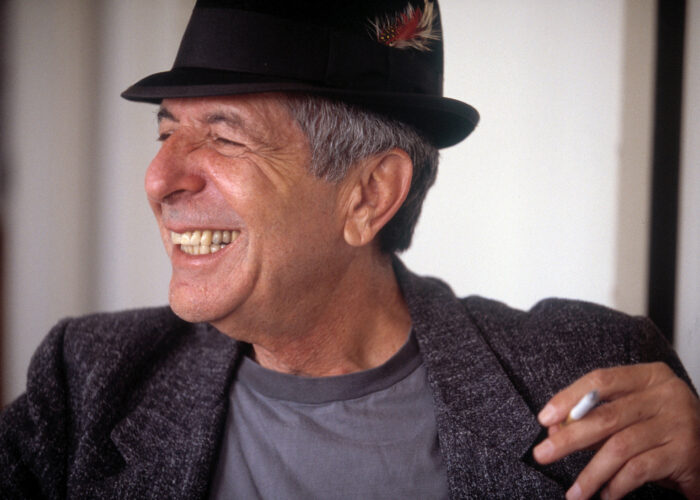 Listen: A star-studded tribute to Leonard Cohen and a multimedia ode to Oakland’s black history

Various Artists, “Here It Is: A Tribute to Leonard Cohen” (Blue Note)

Famed Canadian singer-songwriter and poet Leonard Cohen died in 2016, but his influence only grew stronger in the years since. Now Larry Klein, who produced Herbie Hancock’s 2008 album of the year, “River: The Joni Letters” – a tribute to the works of Klein’s ex-wife Joni Mitchell – is behind it. a new tribute album to his late friend Cohen.

Klein has even assembled a core of instrumentalists he calls “a group of the most prescient and avant-garde musicians in the jazz world”, led by decorated guitarist Bill Frisell. In a statement, Klein said he hoped “that this musical language that we have developed together, the context in which we place these things, allows the songs to connect with people in a new way.”

The incredible lyricism of 1975s leading songwriter Matt Healy, along with a varied mix of pop music on the band’s fifth album co-produced by Jack Antonoff, made the English rock band one of the biggest bands around. in the world.

Amid the frisky strings of “Part of the Band,” Healy recounts his drug addiction past, singing, “So many tantrums and heroin binges, I was going off the rails, I was living on the fringes.” He then cheekily flexes his unique storytelling ability, reminiscing about “Some posh vaccinian baristas, sitting east on their communist keisters.”

There’s currently no rock band quite as dynamic as 1975, and ‘Being Funny in a Foreign Language’ is sure to be their fifth consecutive UK No. 1 album and possibly their second No. 1 in the UK. United States.

The 1975 is scheduled to perform in San Francisco on November 29 at the Bill Graham Civic Auditorium.

SONG OF THE MOMENT

In 2019, electronic producer Mtendere Mandowa, better known as Teebs, tapped Animal Collective’s Panda Bear (not Noah Lennox) to provide vocals on the song “Studie.” One of the best songs of that year and among the most magnificent, the duo’s synergy was palpable. Three years later, on “Did It Again”, they did it again.

Teebs lays down a hypnotic canvas with a punchy drum beat and heavenly string loops for Lennox to sing lyrical mantras. “And maybe that’s just the way we get along, we’re going to let the past fade away,” he reflects on the very meditative number.

More than just an album, “Tales of the Town” is a multimedia project that includes a series of podcasts and a short film that seek to tell the story of Black Oakland over the past 100 years. The newly released album component has a cast of the Bay Area’s most notable rappers and singers. On “Risen,” Oakland’s Elujay and Richmond’s Jane Handcock sing smoothly about always coming home to a swirling R&B beat. The song opens with a recording of Tupac Shakur exposing the maldistribution of wealth in cities like Oakland and beyond.

Lost Eidolons (PC) REVIEW – The Definition of a Mixed Bag