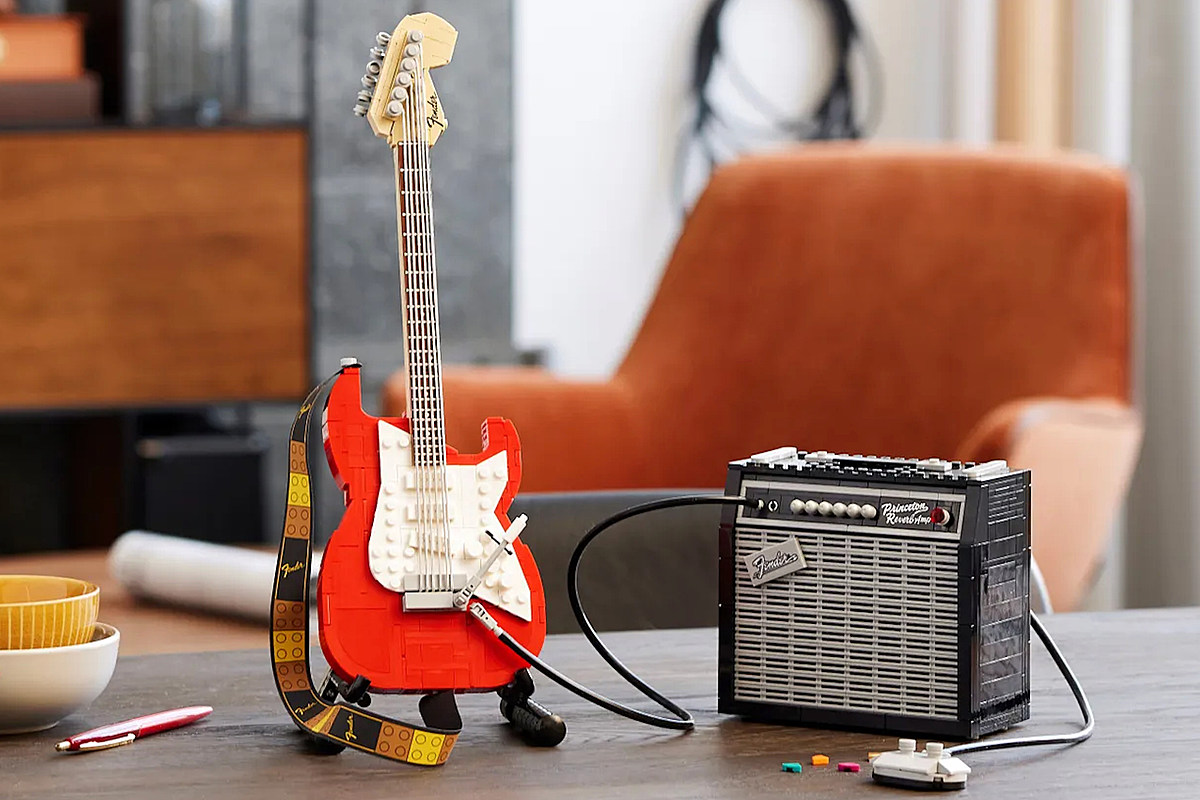 Lego has announced a new set that allows fans to build their own miniature Fender Stratocaster replica.

The 1,074-piece set includes the famous guitar, with a body constructed in red or black brick, with a 1965 Princeton Reverb display and amp. Design highlights include a movable vibrato bar, tuning pegs and a mic switch, stylized guitar strap, and removable panels revealing the amp’s motherboard, reverb tank, and speaker.

The Lego Fender Stratocaster goes on sale October 1 and will retail for $ 100. Watch a promotional video for the set in the Instagram post below.

News of the set originally broke in 2020 after Lego fan TomÃ¡Å¡ Letenay submitted his design for a Fender Strat as part of the “Music to Our Ears” competition. The company was so impressed with the work that they sought to present it to the world.

â€œI played electric guitar as a teenager and always dreamed of owning a Fender Stratocaster – but I could never afford it,â€ Letenay admitted in a press release. â€œThe Lego Ideas competition gave me the chance to create it out of Lego bricks. The Stratocaster was my gateway to music and I love seeing my Lego design with the stand. I hope other guitar fans will have as much fun building it as I do.

â€œThe Fender Stratocaster guitar is iconic and has been at the heart of so many amazing songs over the years,â€ added Federico Begher, vice president of global marketing for Lego. “We know that many of our fans are passionate about music and we hope they appreciate the attention to detail not only in the guitar but also in the accessories, such as the strap and the amp.”

Click to find out how they rank, as we count the top 100 classic rock artists.

The acoustic side of John Mayer