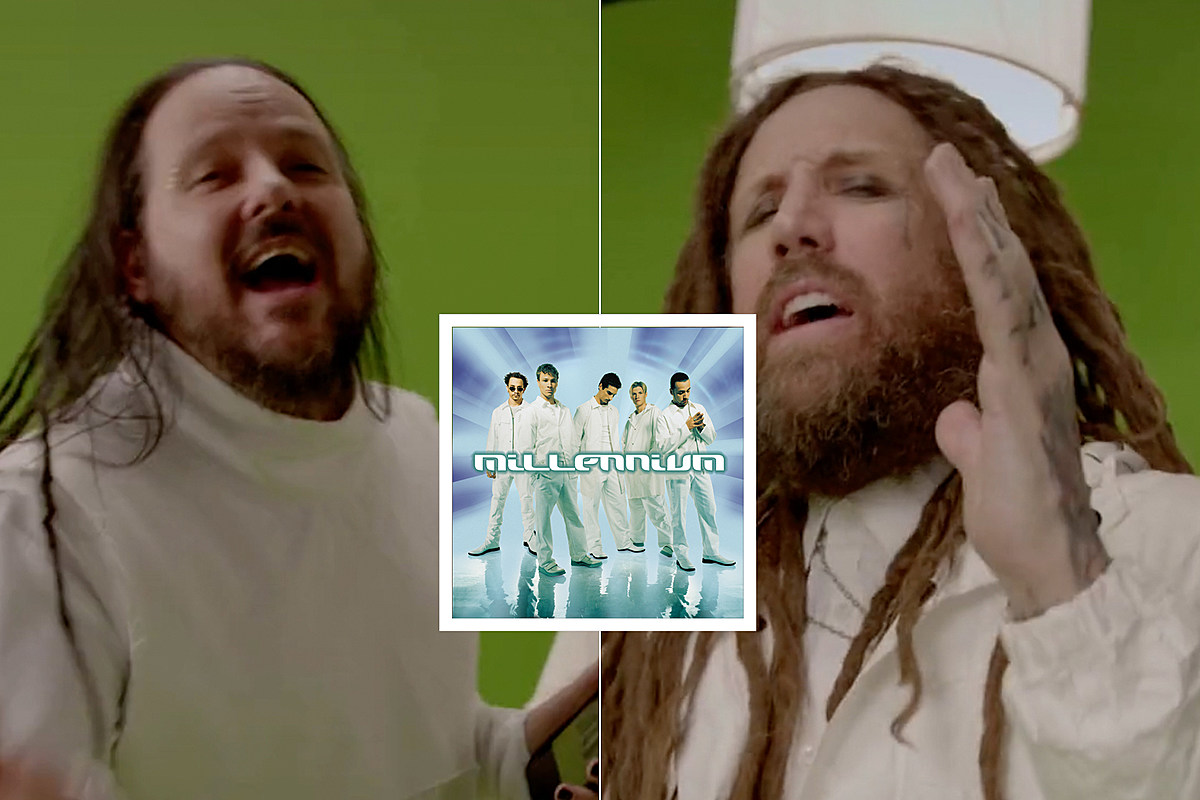 Korn blessed their fans and TikTok followers by posting a clip of the band performing on “I Want It That Way” by the street boys. The video was posted on the group TikTok page with the caption, “I never want to hear you say… ‘The worst is on the way.'”

Backstreet Boys member Nick Carter even responded on his own TikTok page with a duet showing him wearing a blue wig and eyeliner with the caption: “Can someone tell me how to do my hair and makeup please?”

Clip is from Korn’s video shoot for “Worst Is On Its Way” from their new album Requiemwhich was released in February and featured popular tracks such as “Start the Healing” and “Forgotten”.

The nu-metal icons can be seen decked out in all-white outfits reminiscent of the Backstreet Boys in the ‘I Want It That Way’ video and the cover of their monumental 1999 album. Millennium, which has sold a total of 24 million copies worldwide. The now iconic music video has amassed over a billion views on YouTube and has been synonymous with the band since its release.

Although Korn may look like they’re trying to emulate the popular boy band, it’s obvious the clothes were just a funny coincidence, as the band can be seen mumbling through the song not knowing than the chorus.

Tribute or not, the video provided the rock world with a hilarious demonstration that even one of rock’s darkest and most serious bands can let loose once in a while and have a little fun in the process.

Korn will be undertaking a tour in support of Requiem with Evanescence this summer, the first time the two will tour together since 2007 when Korn backed their untitled album and Evanescence backed Open door.

Check out the hilarious TikTok plus Nick Carter’s response below.

Korn, video “The worst is on the way”

Backstreet Boys, “I Want It That Way” Video

Top 50 Nu-Metal Albums of All Time