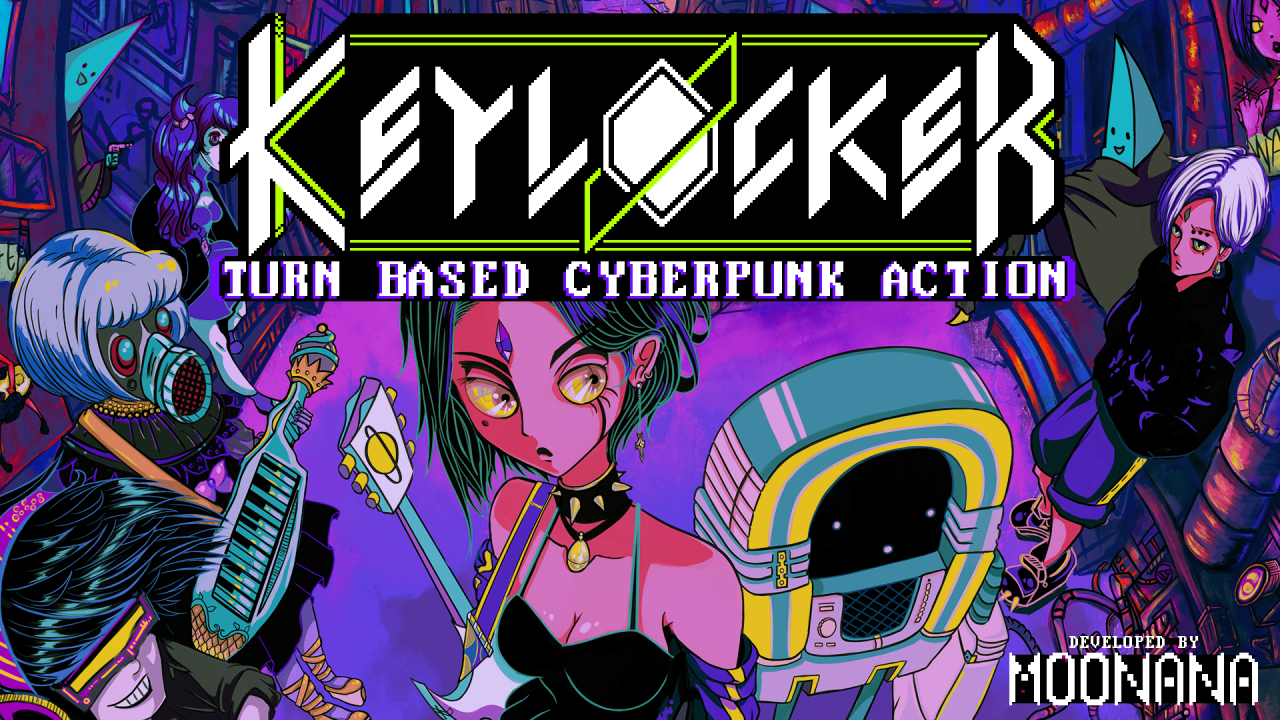 Keylocker is a rhythmic turn-based action JRPG developed by Moonana, a studio whose team is well versed in creating RPGs with games such as “Virgo Versus The Zodiac” and “Osteoblasts”. Keylocker’s style is virtual cyberpunk with awesome music to match by Elektrobear. They also have Psamathes on vocals and in the opening song when you start a new game, it really sets the mood of what has been a great adventure. As Bobo, the singer, edit the tracks and give the gift of music to a world where the Saturnian satellites have forbidden it. It’s time to jam, slam and rock the house in Keylocker.

As Bobo, you have the choice between four classes among Juggernaut, Samurai, Hacker and Sequencer. Each with their own style of play and different narrative options available throughout the game. For my first playthrough of the demo, I opted for Sequencer because in my head Bobo is a singer, so why not give him a guitar. Since this is the demo, I didn’t dive into the other classes. This made me wonder if the guitar mini-play during the prologue to get out of jail was one of the narrative differences between the class. I will definitely find out on my second visit.

Quickly, I learned from the red pillars not to expect a tutorial on how to fight. Additionally, these red pillars serve as a guide on how things work without directly telling you to take you through a tutorial. It’s just in the prologue, so people know what to expect. The first battle was a learning experience. At first, I found myself frustrated, wondering how to counter, what are the pop-ups, and should I press something when they appear? The answer is yes… yes, I am. Let me tell you, I loved this learning experience. It took me back to the days when you buy games, which come with a brochure, but who looks at them? You learn by playing. After realizing that I counter with the same button, I confirm stuff with, Z, I was hooked. In case you were wondering, you don’t need to use a keyboard, Keylocker also supports controllers for Xbox and PlayStation controllers. 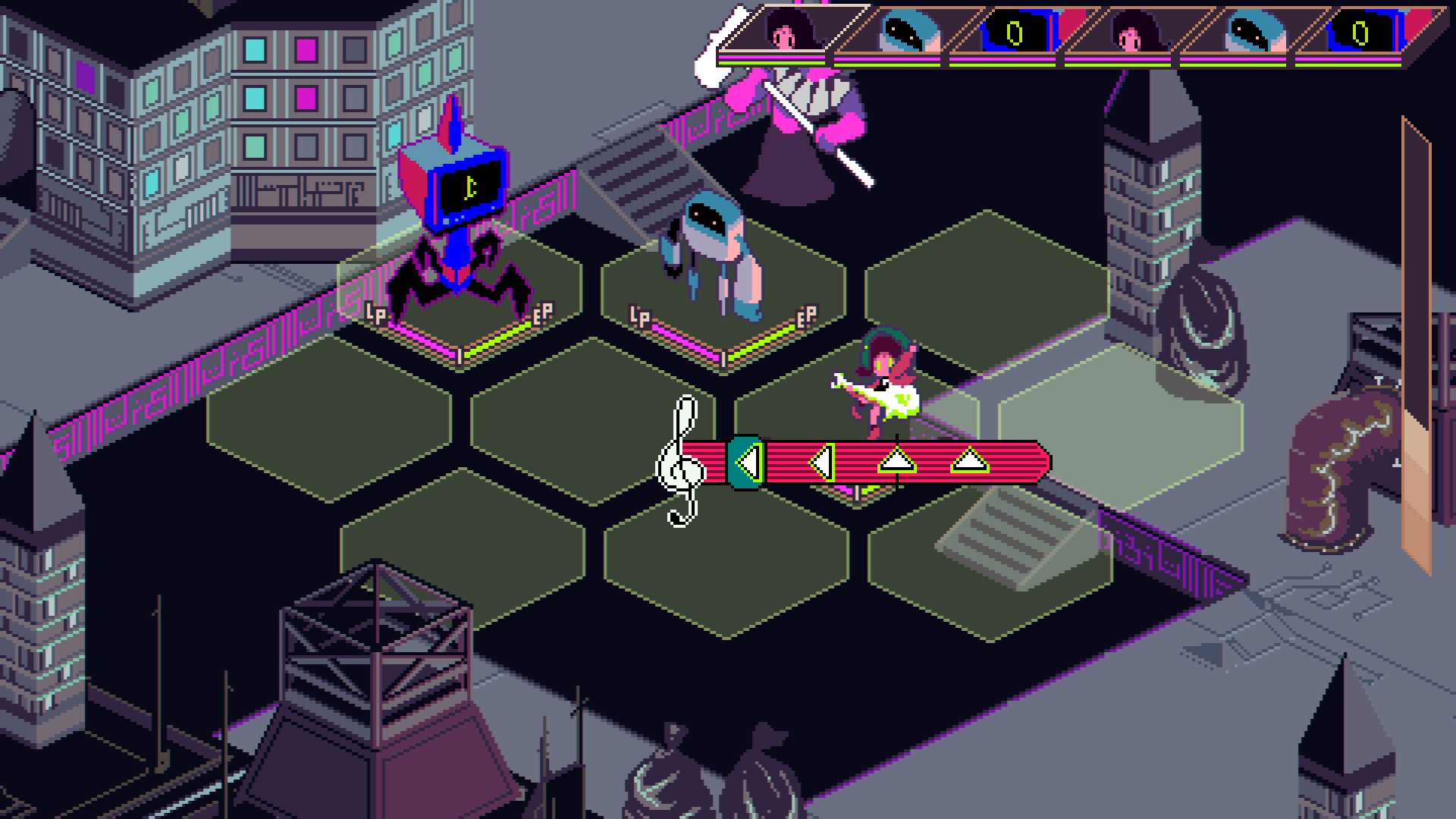 In combat, the keyboard commands, if you press Z at the right time you will make a perfect attack, a block if the enemy attacks, or a counter if you have used a skill that allows you to counter. I’d be failing if I didn’t say that in some battles I found myself having to strategize about what’s important. Whether it’s gaining EP (electrical energy) for yourself or depriving an enemy of their EP. In some cases, just by walking away from an enemy attack, there is always a choice to be made that can change the flow of the battle. Battles don’t always have to be hard, if you’re in it for the story, set your difficulty to “Soft Punk”. There are 4 difficulty levels, Soft, Cyber. Hardcore and horror.

Want a fairly comprehensive way to develop your character? No problem, there is a Skeyll Tree. That’s how it’s written in this cyberworld. After fighting an enemy you get keys which are used to upgrade skills and many of them have multiple levels to upgrade. So there is a way to develop your skills the way you want. However, it makes me wonder now if it is possible to grind keys and upgrade some skills earlier.

Keylocker is what I would say is a current take on a cyberpunk world. Especially with a religion dedicated to “whales” in the game. The terminology used is much of the jargon in common use on the net these days and used in recent years. With the game’s amazing design, excellent writing, smooth animations, stunning voices, and awesome tunes, Keylocker’s style immersed me. Right now the demo is available on Steam and so far I haven’t found any downside to this wonderful gaming experience. I could sit on the main menu and listen to music all day. 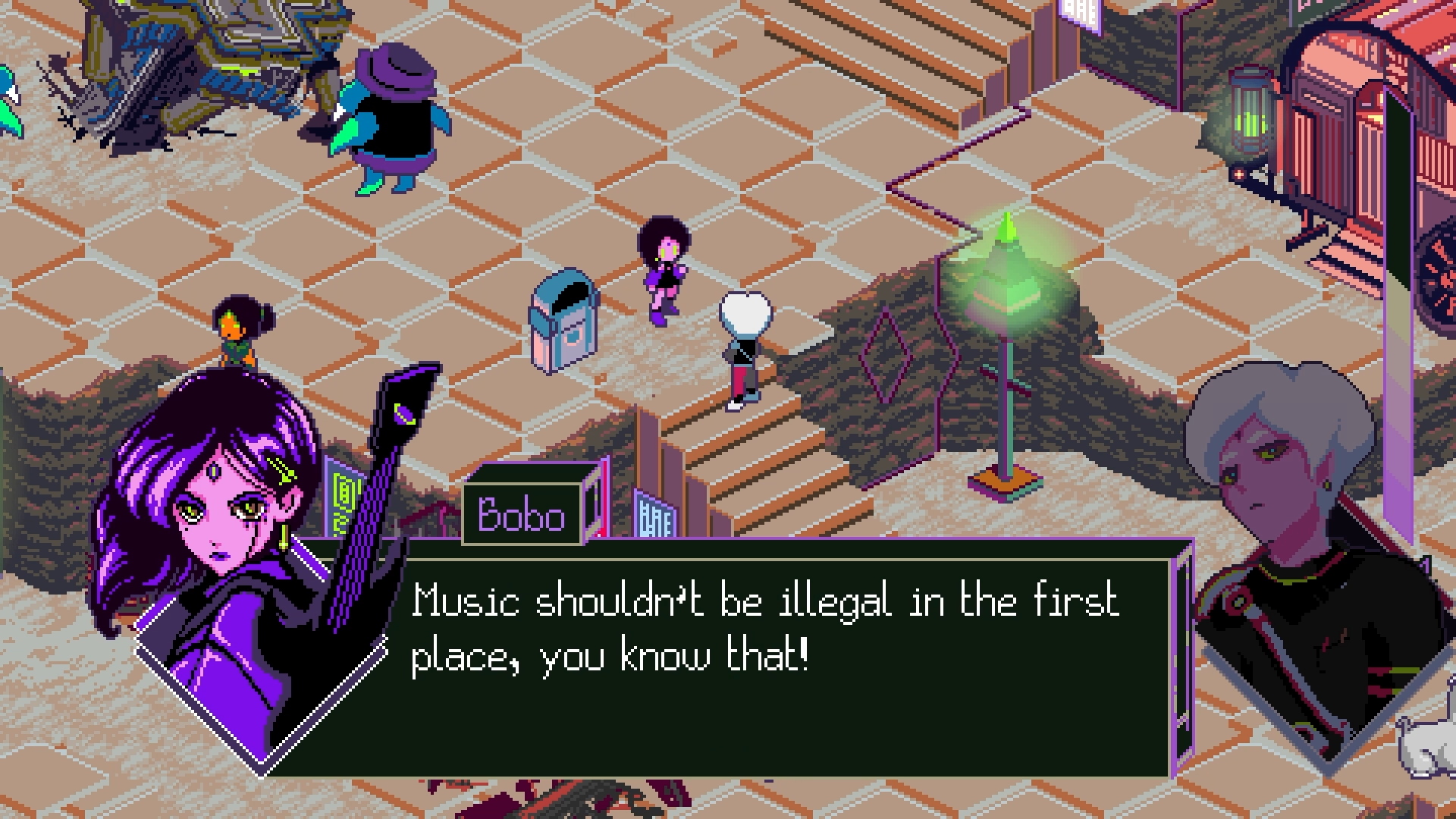 I recommend you to play it and give it a try if you are a fan of RPGs, JRPGs and cyberpunk style. Also, I would say I couldn’t recommend it more, but that’s all I’ve done to anyone who asks. So give it a try if it’s something that looks like it’s in your wheelhouse or not. It’s a really enjoyable experience and I can say that for me it was refreshing and rejuvenating maybe really feel like sinking into a game.