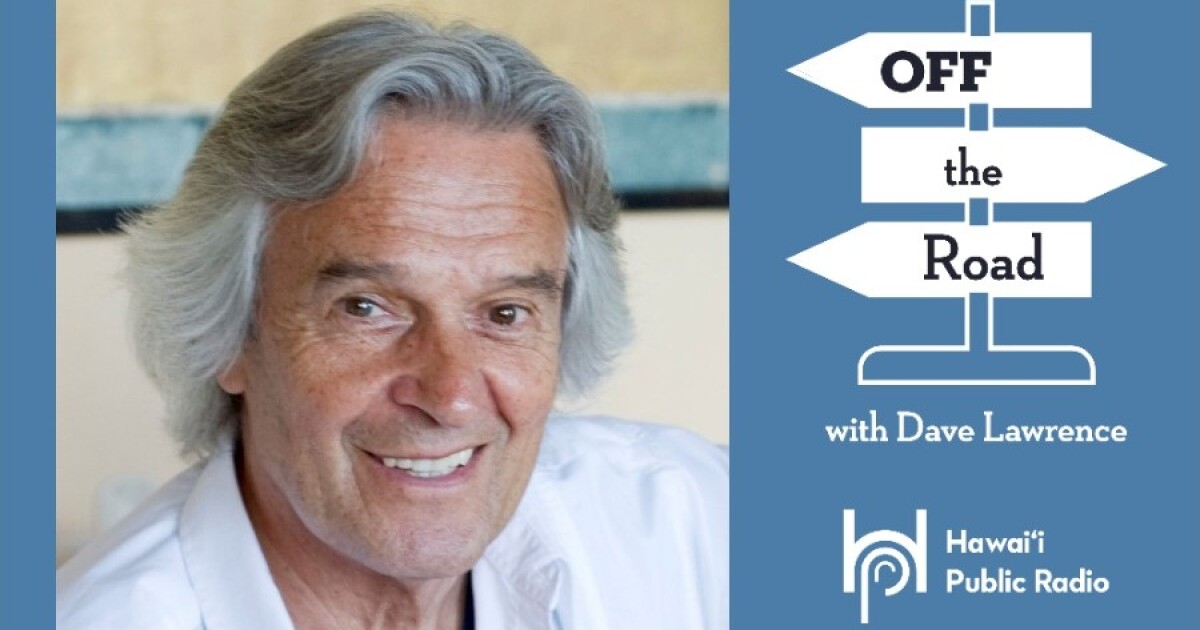 Find the full off the road series to hawaiipublicradio.org/offtheroad.

Today we wrap up a three-week celebration of Off The Road, marking a second anniversary for the series this month! Off The Road began when the pandemic cratered the entertainment touring industry, which often provided guests before what would be Off The Road began in April 2020. The series became a regular musical feature, including artists who have returned to tour.

To celebrate, three remarkable guitarists are joining us.

HPR All Things Considered host Dave Lawrence welcomed guitar monster Joe Satriani for his second appearance on Off The Road, and continues today with a guy making his third visit to Off The Road, John McLaughlin. It was a pleasure to have him in 2020 and 2021, and now he’s back with “The Montreux Years”offering excerpts from some of his many concerts at the Swiss music festival which started in the late 60s.

Yesterday we heard the music for the album, and the gifted guitar superstar, known for his work with Miles Davis, his groundbreaking Mahavishnu Orchestra and Shakti fusion projects, and numerous solo and collaborative efforts, explained the new release, shared stories about his time during the pandemic since last seen with us in 2021, and dug into stories related to the new album and his career. This includes a fascinating story about the impact of John’s mother on his musical direction, how Muddy Waters takes into account John’s evolution from violin to piano to guitar, and how Muddy influenced Jimi Hendrix, whom John went on to shared amazing stories!

Today we’ll find out more about the new album and conclude with John sharing first-hand accounts with Led Zeppelin members, like Jimmy Page and John Paul Jones, and great stories about his decades-long relationship with Carlos Santana. and his wife Cindy Blackman Santana! We have also published the new full interview.

See a video of John live in Montreux:

Check out another of John’s many performances at the festival:

Listen to the track “Acid Jazz” that we used in our feature film:

Listen to the track “Florianopolis” that we used in our feature film:

Listen to the full new interview:

Off The Road began in April 2020 when the pandemic brought the touring entertainment industry to a halt. Connecting with artists around the world since then, we have offered intimate conversations and many exclusive musical performances with some of the biggest names in music, spanning many genres, eras and styles. Some of the recent artists we have hosted include Joe Satriani, Smokey Robinson, Keb Mo, John Lodge of Moody Blues, Jim McCarty of Yardbirds, Don McLean, Joss Stone, Stephen “Cat” Coore of Third World, Don Airey of Deep Purple, Herb Alpert, Artimus Pyle of Lynyrd Skynyrd, Pat Metheny, Noir Derrick “Duckie Simpson” from Uhuru, Taj Mahal, Judy Collins, John McLaughlin, Carlos Santana, Linda Ronstadt, Al Di Meola, Mary Ramsey from 10,000 Maniacs, Alice Cooper, Dave Pirner from Soul Asylum, George Benson, Heart’s Ann and Nancy Wilson, John Densmore of the Doors, Randy Brecker, Peter Frampton and System of a Serj Tankian of Down.