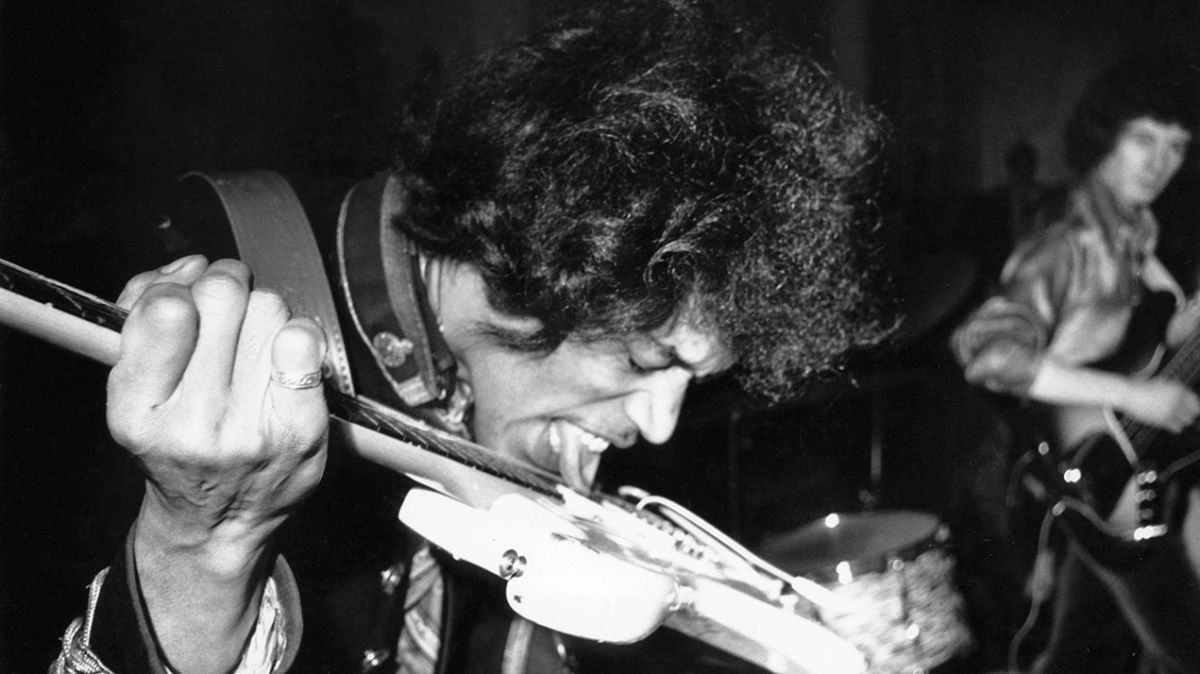 Jimi Hendrix: The Story of His Very First Live Concert

No one remembers the exact date of Jimi Hendrix’s first professional concert, because at the time no one, not even Hendrix himself, thought the event was important enough to keep track of. We know it was in the fall of 1959 and the performance took place in the basement of Temple De Hirsch Sinai, one of the largest synagogues in Seattle.

At that time, Jimi wasn’t even Jimi. At the time, he was known as James to his high school teachers, Jimmy to his family, and Butch to many of his musician friends. “Butch was his nickname for a while,” recalls Sammy Drain, who grew up down the street from Jimi, “because he was so shy. But he wasn’t shy about learning licks from other guys.

Hendrix had only had his electric guitar the year before, and at 16 he wasn’t even considered the best guitarist on his street. He had jammed with the neighborhood boys at garages and community centers, but had never done a real gig until a few older high schoolers asked if he could play a dance at Temple De Hirsch Sinai and Jimi had say yes.

Drain did not attend this first show, but Jimi’s girlfriend, Carmen Goudy, did. She remembers him being extremely nervous, lacking the confidence that would later mark his assault on London stages in 1966 when he became a star. “Do you really think I’ll have fans?” Jimi asked her nervously before the show. Goudy says he was so nervous she thought he might vomit.

He had a reason to be anxious. Hendrix had only been playing the electric guitar for a little over a year at this time, and despite having an intuition for the instrument, according to his childhood friends, he was still not particularly gifted. His game was often free, as if he hadn’t accepted this cumbersome machine.

His erratic playing was accentuated by the fact that bands at the time were successful only by playing popular dance numbers, which was not Jimi’s forte. Dave Lewis, one of Seattle’s most accomplished bandleaders, recalled a time when Jimi was sitting with his band: “He was playing this wild stuff, but people couldn’t dance to it. They just looked at him.

Before the synagogue concert, Hendrix paced the lobby of the building with his guitar strapped on, as if in his head he was already rehearsing what he intended to do. It would be a huge step up from playing with the neighborhood boys and playing for an audience that didn’t know him – and needed to be entertained. For a child who grew up in abject poverty, dreaming of music as a career, the idea of ​​a paid concert was also an exhilarating elixir.

Goudy recalls what happened when the show started and how quickly things went wrong. “During the first set, Jimi did his thing,” Goudy recalled. “He did all this wild play. And when they introduced the band members and the spotlight was on him, he got even wilder.

When the set ended, Goudy went to the back of the building to find Jimi to congratulate him on such an exemplary performance. But he was nowhere to be found. She searched the whole building. Finally she left and saw him in an alley behind the synagogue. She would remember years later that he looked like he was moments away from tears. He had been fired. The conductor had said that he was just too wild and his way of playing interfered with the dancing of the crowd.

The synagogue was on 15th and Union, which was only a few blocks north of where Jimi was living at the time, but rather than walk home, he just sat in the alley, discouraged. For more than an hour, Goudy recalls, he recounted every aspect of his short stage appearance, frustrated that what he thought was an extraordinary performance had not been well received by the audience, or by the comrades of the group he was thinking of joining.

Goudy suggested that maybe he played more rhythm guitar and didn’t make his solos as flashy or as long, because in a time when vocal pop music ruled, guitarists were considered part of the band, not the main show. Jimi, however, was unwavering. “It’s not my style,” he insisted. “I do not do it.”

His relentlessness had significant economic implications, as the only way for a guitarist to make a living in Seattle then was to play with a popular dance group. Goudy began to doubt that hooking up with her clearly talented lover would ultimately be a smart long-term move.

Even in that concert at the synagogue, there was already a feeling of “otherness” for Jimi Hendrix, as if he was somehow not of this world. Faced with the opportunity to fit in and make money from popular music like everyone thought he had to, he balked. The Temple De Hirsch Sinai concert was in many ways an absolute disaster, but within that disaster was also the achievement of greatness. Jimi was inventing himself, and even if that meant poverty and standing in an alley rather than being on stage, he cemented what would be his musical signature.

When he rose to fame seven years later in London – after many trips on the roads of the southern United States with R&B groups, and also in New York – it was precisely his “otherness” that made him him a star. Playing exactly the kind of flashy guitar that got him kicked out of the basement of a Seattle synagogue, Hendrix put all guitarists in London on notice.

Hendrix, as Jeff Beck once described it, “reset all the rules”. And it all started in the basement of a Seattle synagogue.

This feature originally appeared in Classic Rock 217, December 2015. new issue of Classic Rock is a celebration of Jimi’s songs and influences, and it’s on sale now (opens in a new tab).

(opens in a new tab)

How to String a Classical Guitar DIY Video