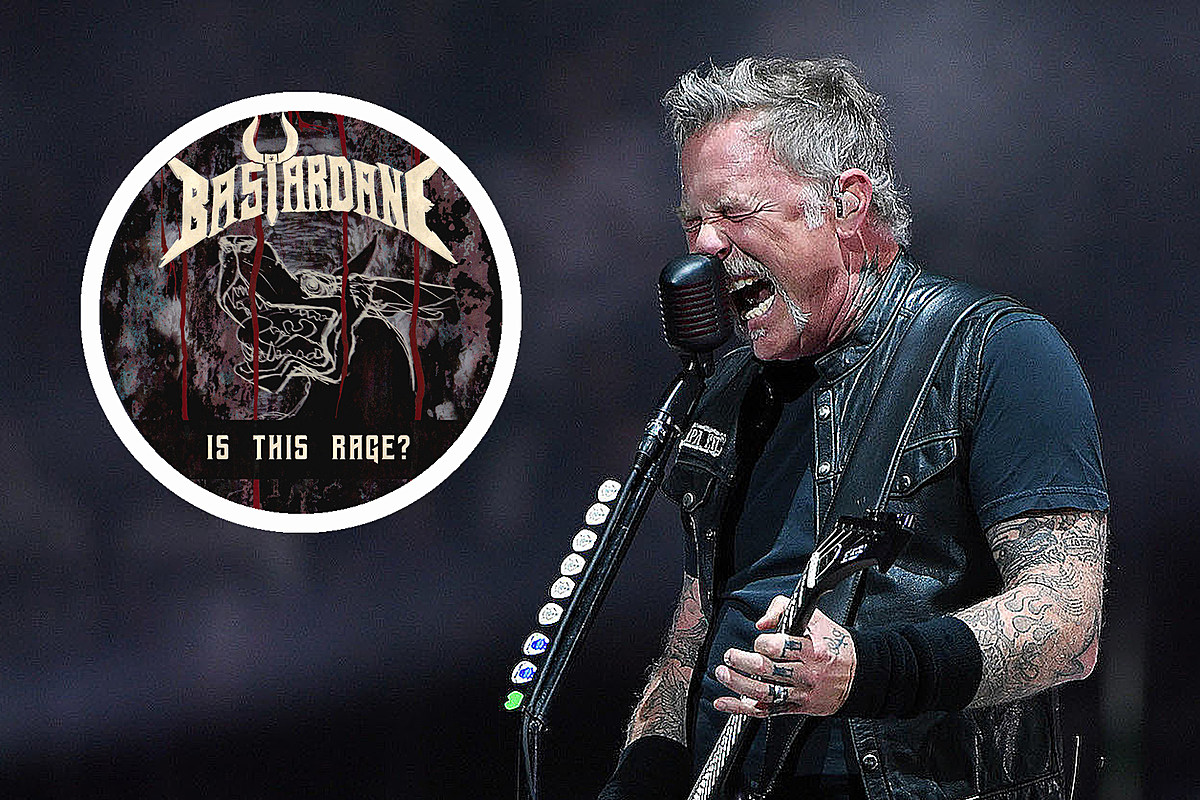 The line-up is made up of Jake Dallas (bass, vocals), Ethan Sirotzki (guitar) and 21-year-old Castor Hetfield (drums, backing vocals). As Bastardane, they released “Wealthy Fantasy”, their first single, in 2020, followed by “Above All” and “Let the Wasted Die”, both released last year and featured on the debut album.

Much like the music made by Lars Ulrich’s sons Myles and Layne in Taipei Houston and, separately, Rob Trujillo’s son Tye in Otto (and previously Suspect208 and Blu Weekend), Bastardane’s sound does not intrude on the famous thrash style established by Metallica, which helps give each musician their own identity.

The 10-track effort can be heard in full on band camp and other streaming services and artwork and track listing can be viewed further down the page. For a teaser of Is it rage?check out the opener “Above All” below.

Follow Bastardane on instagram and find them on stage at the end of May at the BottleRock Napa Valley music festival, co-run by Metallica.

Everyone knows the “Big 4” of thrash metal, but what about other styles of metal?

A musician honors his gift from God