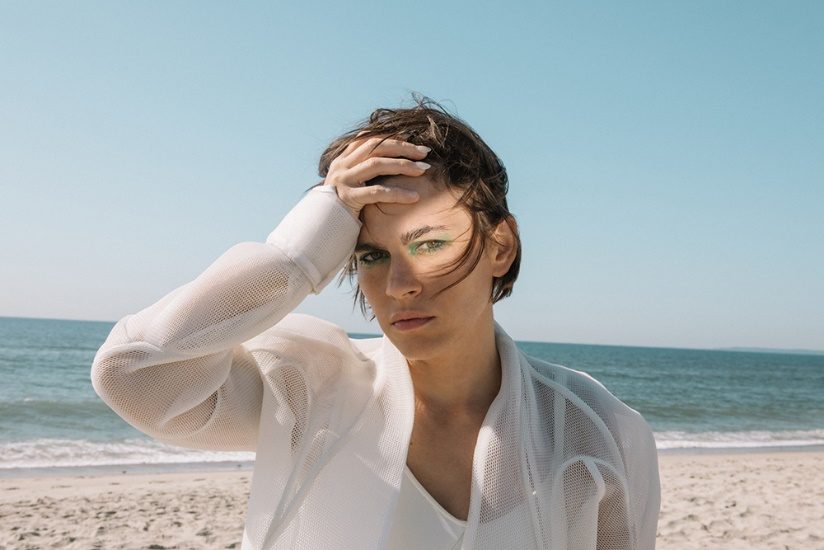 Khaki King is one of the most exciting and innovative guitarists working today. Saluted by rolling stone as a “genre in its own right”, King is as prolific as it is unique, having released ten albums, created two groundbreaking multimedia shows and received a Golden Globe nomination for his work on the 2008 feature film In nature. King’s latest album, modern yesterdayis a companion to his latest live show, Data not found. I had the chance to speak with King about the project. I learned a lot about his ingenuity and craftsmanship, as well as the difficulties of creating an album during a pandemic.

With the Data not found Pin updid you rely on some of the concepts from your previous multimedia project, The neck is a bridge to the body?
One of the things I brought back from The neck was the projection of video images onto the guitar, except it was more of a feature than the main event this time.

Let’s talk about the last album, modern yesterday. The title itself is an interesting irony, and the cover photo is a very visceral, angry image of you. I love her so much. Is it safe to say that you are expressing sentiment here on notable events of 2020?
No. Actually, I don’t think I sound angry. I think I look hot. (Laughs) I look like a real baby who just got pushed into the sand. This was all pre-pandemic.

The album includes a large group of songs that were in Data not found. So it’s not exactly the soundtrack, but it’s a backing track. Data not found it also happens to feature lots of sand and beach and desert imagery. This was going to be my big project.

I went to the studio to make modern yesterday on March 2 and finished before confinement, except for the last mix. I had ideas and elaborate demos. It was going to be pretty cut and dry. I was doing the album with my sound designer from Data not found, Chloe Thompson. Then the coronavirus arrived.

So what seemed like kind of the average, “spend a few weeks in the studio, put out a record, have a little fun,” got really intense. I won’t say the album itself was hard because it poured out, but the period was crazy, and we all ended up having COVID, anyway.

From the start, the album took off like a roller coaster with the opener, “Default Shell”. Are you talking about the human body?
I’ll just google anything – I like weird little word combinations. It is a term for a particular type of encoding. But I thought, “Oh, the default shell. It is the human body. It’s sort of the starting point. And slowly over time, we are robotizing in one way or another.

When you say you robotize, is that what you mean in that brutal opening beat of the song?
Yeah. I think this song requires a level of skill in my concentration that I don’t normally possess. The precision and accuracy of playing this song is incredibly difficult. So it’s mechanical, and it sounds like that. I don’t even know if the song is very nice. It’s not the top Data not found show, but it’s the “welcome to whatever you’re going to see here” where it all jumps, and it looks and sounds crazy.

If I had just written an album like I normally do, I probably wouldn’t have included this song. But I’m glad you think it pushes you out the door. For me, it was something to use on stage to grab the audience’s attention and hold it, so the physical acting had to be incredibly precise, strict, mechanical, and somehow expressive.

Tell us about the second track, “I can’t touch this or that or you or my face.”
It was named after it was written by a great Scottish flamenco player named Ali Tod. I’m in a group chat with some amazing guitarists. They’re really fun, and she’s one of them. I said to them, “Guys, I hate naming instrumental songs”, knowing that they were in the same boat. And a lot of them sent me funny song titles.

You start with this simple rhythmic riff and slowly build on it, almost with a sort of Philip Glass-esque minimalism. You have moments of peaceful release, then you come back to the main rhythm. I thought maybe it had something to do with quarantine life?
Not really. It was just a title that made sense in my brain because it’s a dark song. Not much going on from a guitar standpoint that’s brilliant. What’s great is Chloe’s sound design and the weird thing she was putting out and remixing. It’s really cool what she and Arjan Miranda – her boyfriend who was an engineer and mixer – could do with those sounds, and it’s thanks to them that the record sounds like it does.

Were they responsible for much of the ambient sounds?
All. I did what I do best: show up, play guitar, write some stuff, play a few percussion pieces, and then I left it in their hands. I was there, and I looked up and commented. I had been working with Chloe for almost a year at that point, so we were already on the same page. I can put my song in her hands and be completely confident that she would do the right thing with it. I was just there to say, “I like A a little more than B.”

Of course, I was the one reading the news to them while they were mixing: “Oh, my god, guys. No one in Italy has been out of their homes for a month.

For the third track, “Teek”, you made a really cool video, where you have a camera that continuously pans around the room as you play, showing various objects. Did you film it during confinement?
Definitively. It’s funny because I look at it and think, “I could have done a much, much better job with that.” But in a way it’s pretty perfect because I put a GoPro camera on my son’s train tracks; he is three years old and obsessed with trains. Objects are things in my house or my studio that I look at every day: same poster, same postcards, picture frames, plant. We’re all used to it now, but back then it was really new not to leave the house. I thought, “Let me set up all the bric-a-brac I have and let the little train watch it.”

“Godchild” is a beautiful piece, very spacious in its phrasing with lots of ambient sounds. You play out of time in the opening before finding a rhythm; then you pull out time here and there for those beautiful riffs. What are you expressing? Is it like a cycle of musical growth?
Yes. It’s not a song that has an official, formal structure. It’s improvised every time. It was part of a moment in Data not found where, visually and from a storyline perspective, you are at this point of great release and death. It is definitely meant to take you somewhere. When I play it, I’m sitting in this giant pile of sand inside a tent that used to be a projection screen. I have a huge ocean that overwhelms me and everything you see around you. I mean, it made a lot of people cry.

In “Rhythmic Tiny Sand Ball Patterns”, there is a discordant sound and rhythm that repeats throughout the song. It looks like an Asian instrument, like a shamisen. How did you create it?
It’s amazing programming done by Chloe and also Bobby McElver, who was the original sound designer when we first built the show. It’s played on one of the shittiest, tiniest little instruments I’ve ever owned: a tourist-grade cavaquinho, which sounds like a tiny little steel-stringed ukulele. People play them in Samba music – they are really fun. The grandeur of this song truly belies its origin. And, again, all of this is fascinating filtering and signal processing from the world of sound design. I would just say it’s a pattern in the show. 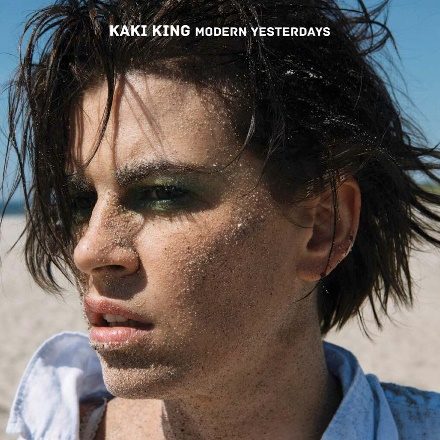 “Sanitized, Alone” is another great track. It sounds at times like you’re playing ambient sounds from your acoustic. Is it sound design or are you using an EBow?
I’m basically using a giant, permanently installed, crazy EBow type thing. It’s called a Vo-96. You hear nothing but the guitar. The Vo-96 is able to change the vibration pattern of the strings as I play. It’s amazing, and Paul Vo is the creator. He’s an inventor from Asheville who worked for Moog for a long time. This thing is really special and probably underused in my world.

But this song was written and titled for the album. It has nothing to do with Data not found. I wrote it late in the follow-up: I think they were mixing, and I was writing in the other room – quite in the moment. You can see how “Default Shell” and “Godchild” went the first week – we were just recording those nice guitar bits. The second week was, like, “Oh, my God” (laughs). From March 9 to 14, things had changed. March 9 was not like March 2; I can tell you that. Everyone had lost all their concerts and their money. I lost money, and I also lost money for Chloé because she was going to come to these concerts. It was terrifying. Performing arts, large gatherings, all of that fell first. It was really, really sad. We didn’t even know how bad it was going to be.

On the last track, “Forms of Light and Death”, you credit the arrangement to Ulfur Hansson. Tell me about the collaboration and what you hoped to leave us with at the end of modern yesterday?
Court! This second one is too much for me. I’ll tackle the first one. Ulfur was a partner of Chloe and Arjan in their studio called Circular Ruin. Again, it was just crazy timing. He lived right next to me, which I didn’t know. He has a daughter a little older than mine, so we thought, “Now we can be friends and our families can hang out,” and that was really fun.

He had made an arrangement that I loved. And the idea was that we were going to bring in some live string players and play the fucking arrangement that he had written. He put it all together beautifully, sent temp tracks and MIDI tracks, and said, “Then we’ll have the score. So none of that happened.

Ulfur is from Iceland, and he had to go back. He said, “I can’t have my family here without universal health care. He and his family are fine, and it all worked out, but at the time, it was panic. As it was the last track on the album, it was also the last track we mixed, which we did during the confinement. I think it took a few days because it was difficult. These days we’re used to working remotely and doing our Zoom calls, but it was hard to mix that song because we weren’t sitting in the room together. They would email me a mix, and I would give them my opinion and send it back. It wasn’t a fun process, but I’m glad we stuck it out.

I’m glad the record is finished, even in the face of the unknown. I’m proud of all of us for not giving up and grateful to everyone who is willing to go all the way.