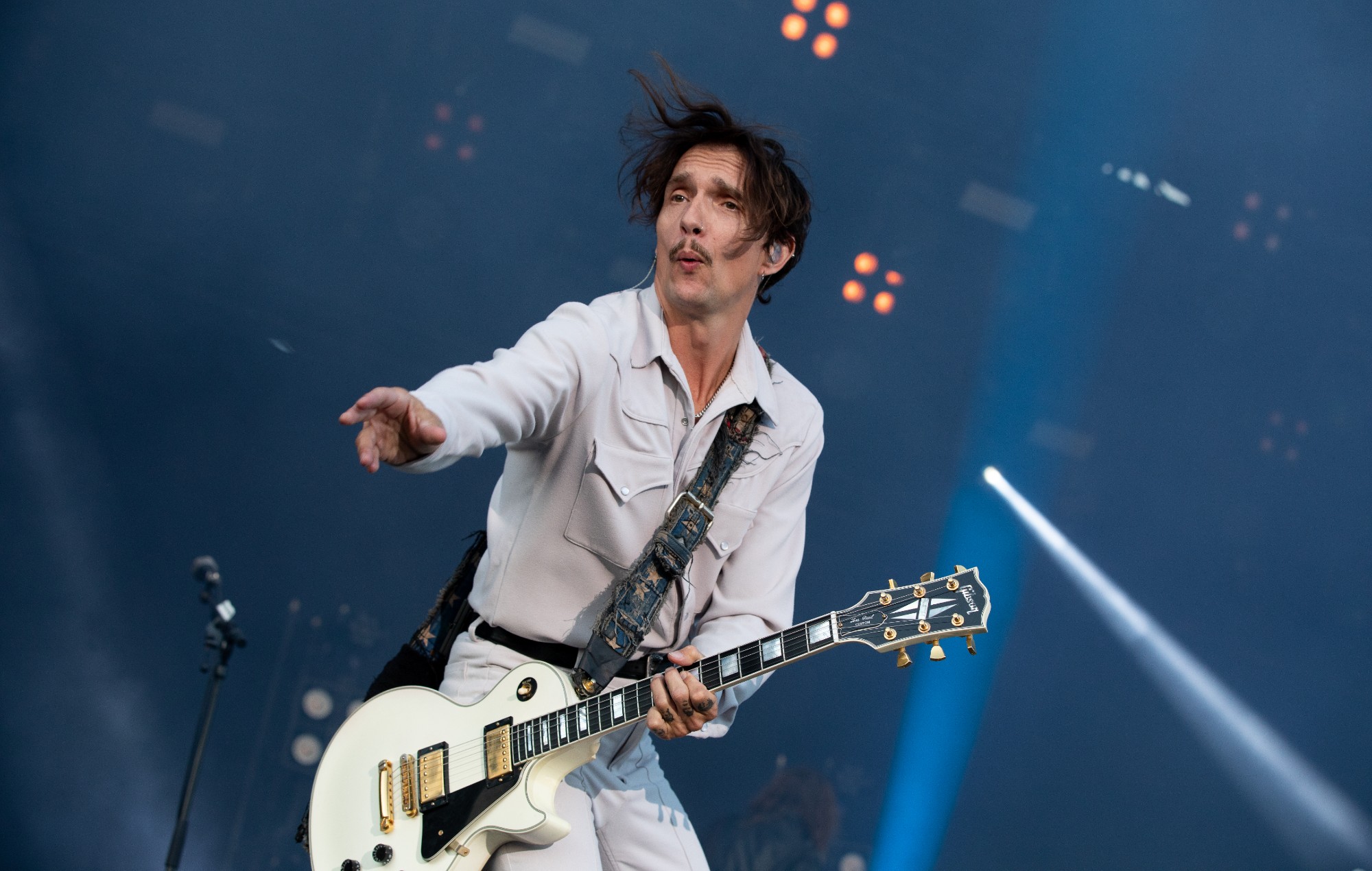 In praise of Justin Hawkins’ awesome YouTube channel in The Darkness

Like Shaun Ryder and Bez before him, the cartoonishness of Hawkins’ character was always going to lend itself brilliantly to the small screen. After all, while the enthusiastic self-parody has a limited lifespan in mainstream music, it can be watched endlessly online. And so it goes on Justin Hawkins rides againHawkins’ YouTube channel on which in regular video posts he sits with an acoustic guitar to a microphone like the well living from a ‘jam room’ to a student party and discusses characteristics of the music industry, details performance pitfalls, and dissects other artists’ songs for their fundamental influences and egregious thefts.

There is a certain – let’s say irony — at the thought of Hawkins releasing The Killers or Panic! At The Disco to plunder rock’s past. But given that he’s something of a world expert in the field, what emerges is a masterclass in musical rescue hunting. Drawing on an encyclopedic knowledge of rock and pop history, it goes far beyond Erasure’s obvious nods to The Killers’ “Boy” or the glam elements of the latest Panic! tune to cleverly reference The Cardiacs, Spencer Davis Group and Bond theme chord progressions. And for all clickbait episode titles – “Why does anyone like that?”, “What’s wrong with his voice?”, “Dare I criticize Liam Gallagher?” — these are not vitriolic rants launched by the dumper, but constructive and well-meaning appreciations of songwriting or the industry at hand.

Digging deep into song construction, Hawkins would often find himself discovering quirky B-majors or unexpected folk choruses that leave him faintly in awe of tracks he never expected to like. It turns out that Liam “really pushes himself” on “Everything is Electric”, while an article titled “Honestly? What is Yungblud’s point? ends with Hawkins describing everyone’s favorite Doncaster loudmouth as “actually punk rock” and “a great artist in the making”. “Come on, are the Foo Fighters really that great?” request a video. Yes, it finally decides, they are good.

Sometimes it’s really hilarious to watch Hawkins try to stick to his self-imposed “if you don’t have anything nice to say, don’t say anything” philosophy. Watching a video of Puddle Of Mudd singer Wes Scantlin shoving his way through their wreckage cover of Nirvana’s “About A Girl” like he’s beset by a million hemorrhoids, Hawkins finds all sorts of excuses for explain why Scantlin’s voice is so pained, from potential throat issues and exhaustion on tour to, maybe even, a lack of water. “The guy shouldn’t be working,” he concludes, but quietly admits, “I just want to hold him.”

It takes some tough stuff — say Maroon 5’s “Moves Like Jagger” — to break it down. Pushing his way through half-rhymes that would embarrass Elmo, he finally cracks, shouting “THAT’S JUST SHIT!”, before regaining his composure. The effect is that of a Russian state broadcaster exposing propaganda, Liz Truss declaring “I’ll be as evil as you want for the votes!” or a superstar EDM DJ stopping pretending to mix anything on stage and taking the mic to confess, “I’m just filling the bill!”

In his industry-focused videos, Hawkins is informative, analytical and illuminating, whether it’s the shark-like elements of contract law that screw the tapes or the kind of glitter flares that will knock you off your feet. on the ass on stage by providing a “dangerous work zone”. Ideas are coming fast and well, from various justifications for musicians to come out of press interviews to territorial changes to the naked woman on the cover of “Permission To Land” (pixelated ass in the US; enlarged side boobs in Germany ).

All of this frankly begs for a TV show, and an obvious idea comes to mind. Hawkins should team up with Tim Burgess and make Justin Hawkins rides again a kind of musical version of Bake Off: Extra Slice, additional content from a television adaptation of Tim’s Twitter listening parties. Tim plays the records at a wild party as the band talks to us about it in real time. Then, for about an hour afterwards on BBC3, Hawkins tears down key songs in his inimitably charming way, perhaps with amateur James Acaster asides. Come on, TV curators – the guy is clearly wasted on music…