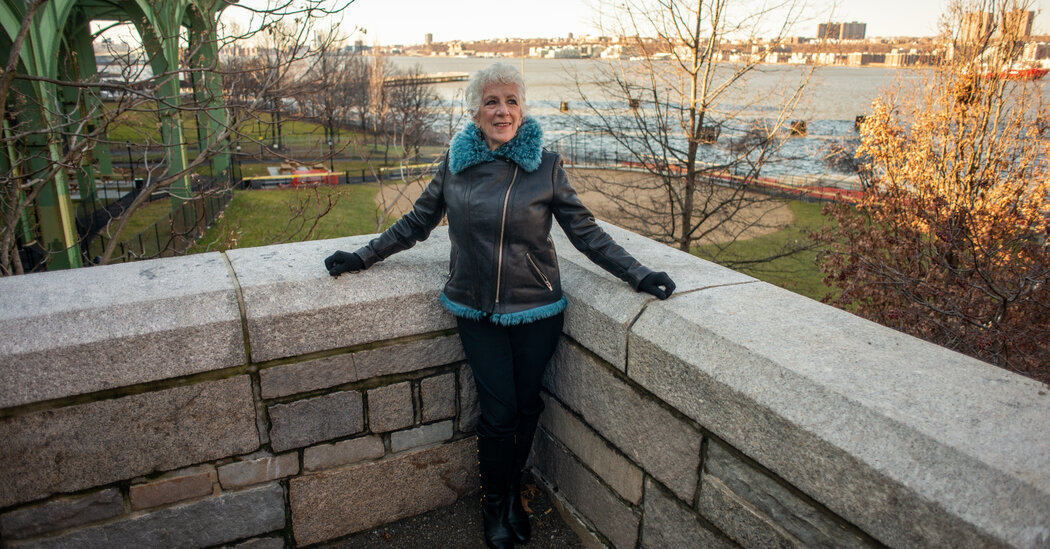 How the manager of a jazz association spends her Sundays

Alina Bloomgarden started Music on the Inside, a nonprofit that connects jazz artists with people who are incarcerated (or recently released from prisons and jails) for lessons, concerts and mentorship. His inspiration for founding the program seven years ago was Louis Armstrong, who was arrested as a child and sent to a correctional school, where he learned to play the horn.

“It changed his life,” she said. “I thought to myself, what do we do now for young people and adults who go through the criminal justice system?” Ms. Bloomgarden, who was one of the founding producers of Jazz at Lincoln Center, brought in Wynton Marsalis, a former colleague and friend, as an artistic advisor for her initiative.

Since then, teaching artists like Antoinette Montague and Arturo O’Farrill have shared their skills and experiences in New York’s jails and prisons, including Rikers. With the pandemic, Music on the Inside moved online and over 200 artists signed up to volunteer. One Sunday a month, a Zoom concert brings together students and professionals; the next show, Musicians for Justice, will take place on January 16.

Ms. Bloomgarden, 77, lives on the Upper West Side.

CAFFEINE FREE When I wake up on Sunday morning, maybe around 8:30, the first thing I do is eat half an apple and some nuts. I stopped drinking coffee because I once went to the Dalai Lama’s doctor and he told me not to. The first year I quit was tough. I would go to Lincoln Center and get a cup, and this cup that I really needed. Now it’s apples and nuts.

ON GUARD Sunday mornings are all about catching up on everything I have to do, everything you normally think of when you think of nonprofit work: fundraising, writing grants. If there is a concert that evening, we will have a sound check at 1 p.m. Richard Miller, one of our excellent guitar teachers, takes care of this, but I’m on call for anything that needs to be done, so I don’t leave the apartment. The Jazz Foundation of America has been extremely important in helping us identify teacher artists like Richard. Every time he had a gig before Covid, he would get up and tell people he needed guitars for our program, and people would donate them. We also received donations of keyboards. They go directly to the correctional facilities or to the people we work with.

PARK POD In the afternoon, I take a walk in Riverside Park with my friend Roni Alpert and her dog, Flo. Flo is very attached to me. Roni and I met at Riverside Park. David Ostwald’s band played there, at the Warsaw Memorial, every day when the weather was nice during the Covid. We became a band with a few other friends. Maybe I’ll see a friend from the synagogue. I am a renewed Jew. I spent 30 years studying Buddhism, then came back to Judaism, at Romemu, a progressive organization on the Upper West Side. We could talk about what we learn with the rabbi, David Ingber.

DANCE CARD: COMPLETE Another thing I might do is try to find a dance to go to. I have always been a dancer; I was a dance student at university. Right now I’m in the ballroom and the swing. Swing 46 sometimes has a dance, or Tavern on the Green. A lot of people ask me to dance. If you’ve been in the dance business for a while, people really like to dance with you. Barry Harris, who has just died, is really the one who inspired me in jazz. I first met him through my friend Travis Peace, who used to go to Barry Harris’ Jazz Cultural Theater to study sax with him. There was something about that environment that was truly transformative.

DINNER CLUB OR SPAGHETTI If we have a concert, it’s from 6 to 7 p.m. I’ll be home for the Zoom. After that, I could go to Dizzy’s Club for dinner and more jazz. I will relax there. Otherwise, I will cook at home. Before Covid, I never ate things like pasta. For some reason I got into cooking pasta during Covid. Sometimes I will try a different recipe. One thing I tried to make recently was chicken tetrazzini. It wasn’t as good as I remembered when I first got it in college.

TIME BUT GRATEFUL I go to bed at 11 or 12 o’clock. One of the last things I do is snack on these peanut butter pretzels from Trader Joe’s. Then I wake up a lot at night because I’m going to look for ideas for the program. I am so moved by the commitment of the musicians, how they want to continue their music and help these populations. So many of our best musicians – Catherine Russell, Don Braden – have brought their music and their hearts and want to do more.

Sunday Routine readers can find out more about Alina Bloomgarden’s work on Instagram @musicontheinsideinc or on Twitter at @MOTIinc.

A window of the waking mind’