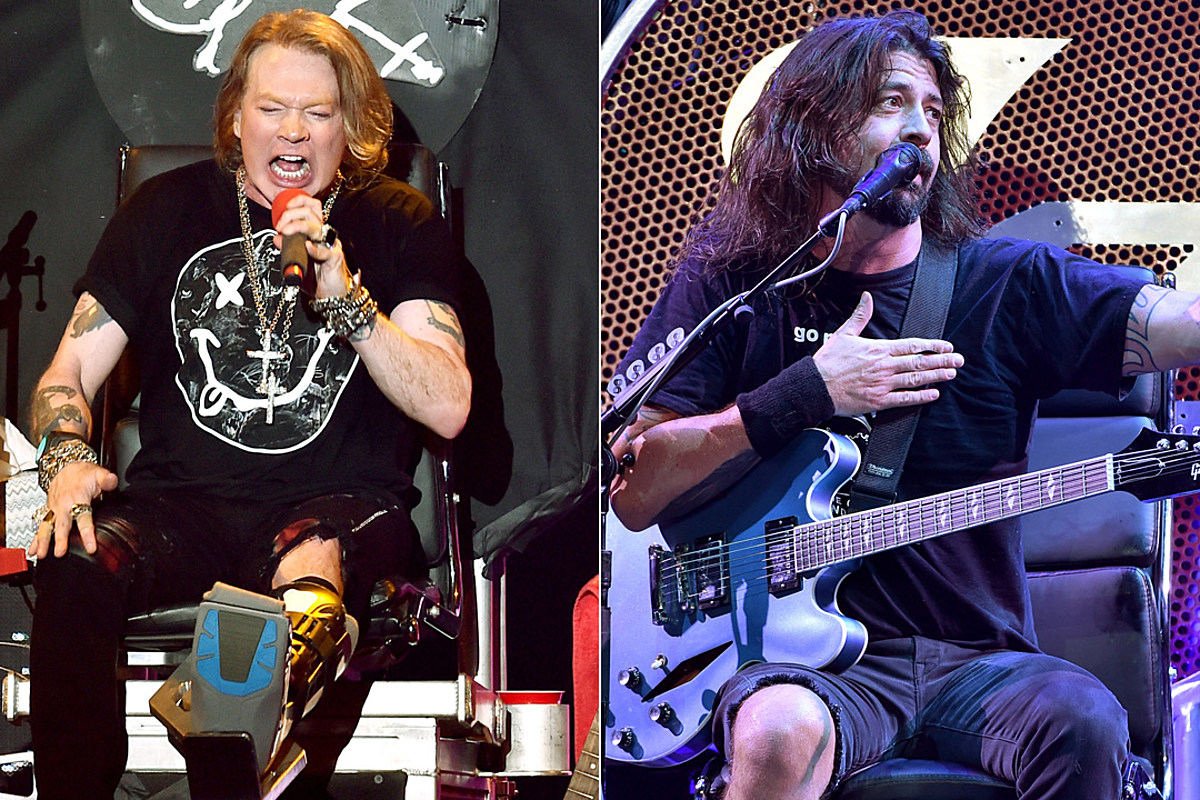 Dave Grohl’s famous throne, the one he used to end a 2015 Foo Fighters tour after breaking his leg during a performance, has found a new king. Grohl has lent the seat to Seattle bassist Darin Wall, a member of metal band Greyhawk who was injured earlier this month during a concert in Boise, Idaho, when he prevented a mass shooting from happening on the site.

Wall noticed a man named Ethan Byrd making “gun” movements at people in the audience; with the help of another member of the group, he tried to prevent Byrd from entering the room. Byrd then left and returned with a gun, at which point Wall tackled Byrd and was shot in the leg. Byrd was subsequently arrested.

The bassist was recovering at home when he made a comment on social media about Grohl’s throne. Foo Fighters management saw the comment and brought it to the attention of Grohl, who phoned Wall. “He called me from the MTV VMA Awards and said, ‘I’ll send this throne to you at my expense,'” Wall said. King 5. When Greyhawk returned to live performances a few days ago, Wall performed from the seat.

The throne was also used by Axl Rose in 2016 after breaking his foot. The singer sat in the chair during performances of the Guns N ‘Roses shows as well as a series of concerts with AC / DC when he replaced Brian Johnson.

Grohl originally designed the throne while under the influence of strong pain relievers. â€œI reached out and grabbed the stationery from the hotel,â€ Grohl said Rolling stone in 2015. “[I] drew this really ridiculous and primitive drawing, took a picture of it on my phone, and sent it to my lighting designer and said, ‘Build this.’ “

Members of Wall’s group said stopping a shooting was a day’s work for Wall. â€œWhat he did to Boise was absolutely in character,â€ said Greyhawk frontman Rev Taylor. “And absolutely an extension of the way he lives his day to day life.”