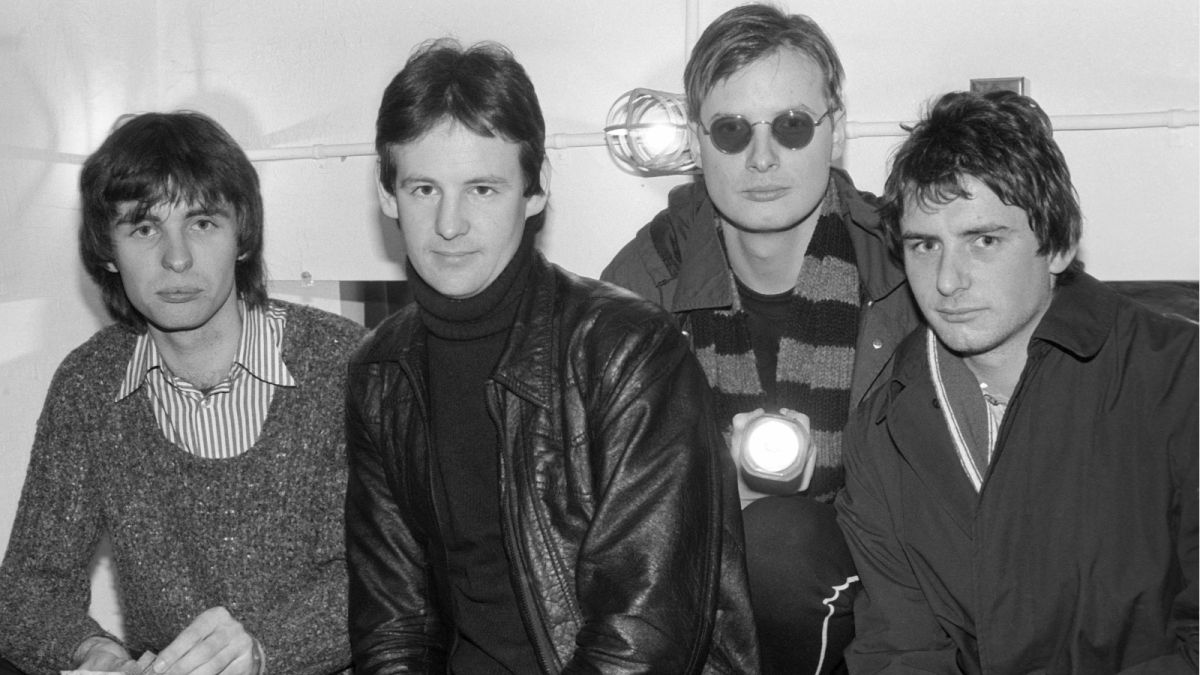 The act was a side project for British new wave band XTC, dreamed up by guitarist and vocalist Andy Partridge, who inspired bandmates Dave Gregory (guitar) and Colin Molding (bass) to write and produce an album that sounded like if it had been made in 1967. .

In 1984 plans were drawn up and boundaries set for the project, which would be published under the pseudonym Dukes of Stratosphear.

“There are Syd Barretteit’s Pink Floyd, the yard birdsfull of psychedelic beatles, the Byrdsthe Hollies,” Partridge said at the time, recounting the acts that influenced the effort.

“The criterion was to use older guitars, older amps and older techniques. We also used the old thought. It was all taken first, which adds to that improvised feel that a lot of those older records had.

The first release of Dukes, the six-track mini-album 25 hours (opens in a new tab)appeared in 1985.

Partridge’s guitar work has always stood out from its contemporaries, its sharp, deft riffs and rhythms mixed with solos that never took the obvious route. But in the Dukes, he and Gregory have significantly expanded their lineup.

Extended guitar wigs have always been a little frowned upon by the new wave taste police, but no such constraints applied to the excesses of the psych giants of the late 60s.

Although XTC’s role in it was initially kept secret, 25 hours surpassed the sales of this band’s previous album and their next album, 1986’s Lark (opens in a new tab)on which XTC continued to reflect his love for psychedelia.

Lark producer Todd Rundgrenaccustomed to excess, was tailor-made to concentrate the band’s ambitions into a memorable album.

Partridge’s “Season Cycle” would be the record’s strongest indicator of XTC’s desire to embrace the joys of late ’60s pop. Its melody and arrangement seemed to shift from lush Beach Boys-worthy harmonies to Beatles-esque melodic hooks.

Partridge needed a bit of persuasion to start composing songs for Psonic Psunspot (opens in a new tab)the Dukes’ second album, released in 1987. The tunes were more focused this time around, but again the influences were everywhere and not too hard to spot.

The opener, “Vanishing Girl,” was more mid-’60s pop than psychedelic, but “Have You Seen Jackie” brought the band firmly back into the world of “Arnold Layne”-esque Floyd. There were plenty of sergeant. peppersBeatles of the time too, and the inevitable allusion of the Byrds on “You’re My Drug”.

Partridge and Gregory didn’t get as many opportunities to take flight on their guitars, and the album was much more song-driven than its predecessor, but they still piled into a psychedelic masterclass, complete with magical fills, twists.

XTC Oranges & Lemons (opens in a new tab)from 1989, was the logical conclusion to the four-album psych-cycle.

The band was still instantly recognizable as the ones that rocked the new wave rulebook, but the depth and breadth of songwriting and invention hit a new high.

XTC seemed totally free from the need to observe any rules or conventions, letting the music take them where the muse led them.

In addition to creative freedom, it earned them a hit in the United States with “The Mayor of Simpleton”, a track on which XTC found its voice between the excesses of the late 60s and the economy of the new wave aesthetic.

Browse the XTC Catalog here (opens in a new tab).