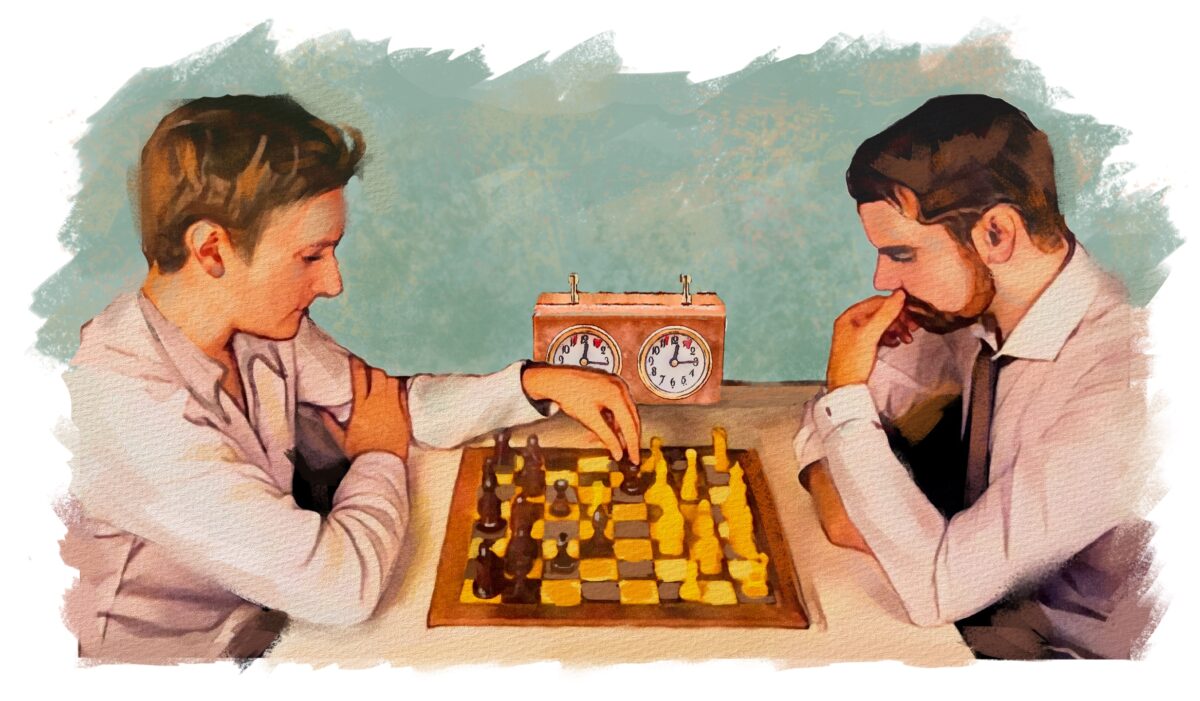 Hear the word “exercise” and a number of scenarios may come to mind. Some people may whisper to themselves – count me among them – “I have to join a gym”. Others may remember evenings spent jogging around the neighborhood. A select few may reflect on their strenuous CrossFit training.

But even fewer, if any, will think of doing a crossword puzzle, playing chess, learning a new language, or playing the guitar.

Still, these are just some of the tools investigators have found invaluable for the health of that three-pound bundle of gray matter locked away in your skull, otherwise known as your brain.

Increasingly, researchers have found that cognition can be enhanced by creating a kind of gymnasium for the mind. “Oh come on, use your brain,” exasperated people sometimes say, and scientists would totally agree.

Not only does putting the noggin through certain hoops help ward off Alzheimer’s disease and dementia in many people, but these mental pumps and puppets actually stimulate an array of faculties such as memory, intelligence and creativity. .

Here are some tips and suggestions to put your brain to the test.

First, physical activity itself exercises the brain. In Grace McGregor’s article “How exercise affects the brainwe learn that exercise nourishes the brain by aiding circulation and increasing blood flow, which provides needed nutrients. It reduces the effect of stress hormones. Surprisingly, physical training can also strengthen our memory functions by facilitating a process called synaptogenesis, the links mediating learning and memory.

Then there are exercises that focus directly on the brain itself. Medical News Today, for example, offers “22 brain exercises to improve memory, cognition and creativity.” Here, chess, checkers, sudoku and board games of all kinds are presented as excellent physical exercises for the mind. Visiting friends, especially if the conversation is stimulating, is another brain builder. The authors add to this list learning a foreign language, learning a musical instrument, dancing, meditation and practicing tai chi. Getting enough sleep also helps boost memory and regulate metabolism.

Perhaps the most interesting item on this list is #2: “visualize more.” Here, the article offers as an example a trip to the grocery store, where, before leaving, the customer takes a few moments to imagine themselves choosing certain items. “The key,” the article reads, “is to imagine the scenes vividly and in as much detail as possible.” Applied to all kinds of situations, these visualization techniques apparently stretch the imagination and the powers of thought.

Of course, we can also avoid habits that are as harmful to our brain as to the rest of our body. Cigarettes? Bad for the brain. Alcohol consumed in excess? Bad for the brain, as anyone with a hangover already knows. A poor diet ? Check. Too much TV? Another check, for two reasons. First, you can spend some of that couch time taking a walk, cleaning the basement, or talking to a friend. Second, watching too much tube is like gobbling up fast food with your eyeballs. You’re putting bullshit in your head.

“The mind is like a muscle” said motivational speaker, author and consultant Idowu Koyenikan. “The more you exercise it, the stronger it gets and the more it can grow.”

And here’s the best news: our choices for this exercise are wide open. A game of chess, half an hour playing with a sudoku puzzle, some time spent meditating – now there’s a workout plan everyone could love.