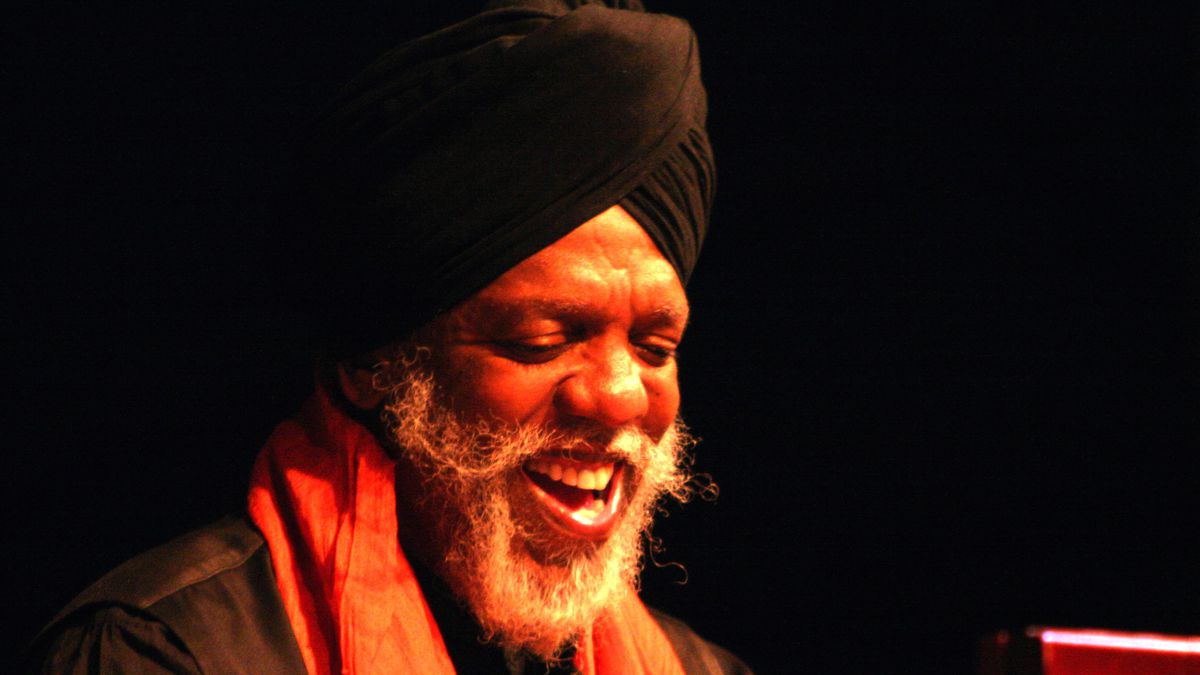 Dr Lonnie Smith, a NEA jazz master known for his energy and magic on the Hammond B3 organ, passed away on Tuesday. He was 79 years old.

His death was confirmed on Twitter by Blue Note Records. A spokesperson for the label said the cause of death was pulmonary fibrosis, a form of lung disease.

We are deeply saddened to announce that Hammond B3 organ legend Dr Lonnie Smith has passed away today at the age of 79. Doc was one of the funkiest and most inventive organists to ever walk on earth and we were proud to bring the joyful music of this remarkable man to fans around the world. pic.twitter.com/6NgejJsXpW

Smith was one of the most unique Hammond stylists to emerge from the golden age of organ ensembles of the 1960s, a scene that had its roots in black American neighborhoods. Early in his career he was recognized for his work in guitarist George Benson’s first quartet and subsequently for his involvement with saxophonist Lou Donaldson’s bands.

Musically, Smith has woven a soulful, otherworldly tapestry that joined relentlessly grooving basslines with moving melodies and harmonies. As a bandleader and performer, Smith had a fiery and visceral performance style that allowed him to bring together fans from all over the world.

Offstage, Smith was affable and engaging with a healthy sense of humor. At concerts, the organist dressed in a turban and tunic walked unpretentiously on stage with one of his iconic canes and wasted no time. Almost immediately, Smith’s four limbs began to dance, almost as if by magic, at the console of the Hammond organ.

Smith was born in Lackawanna, NY, a suburb of Buffalo, on July 3, 1942. His mother introduced him to gospel, blues, jazz, and early rhythm and blues. As a teenager in the 1950s, Smith began learning music by ear and playing the trumpet and other brass in school. He also began singing in local Buffalo venues in a doo wop group known as The Supremes, an ensemble predating the award-winning girl group Motown that followed.

After a brief stint in the Air Force, Smith returned home to Buffalo in the early 1960s, when he began to listen intently to Blue Note’s star organist Jimmy Smith. The attraction to become a musician grew stronger, but he had not chosen an instrument. Around the same time, he began frequenting a music store owned by local accordionist Art Kubera, which was said to have a catalytic effect on Smith’s career.

“One day the owner [Kubera] Said, “My son, why are you sitting here every day until closing time?” “Smith recalls in conversation with the National Endowment for The Arts. â€œI said to him, ‘Sir, if I had an instrument I could work, and if I could work I could make a living. One day I went there and he closed the place. We went to his house in the back, and there was a brand new Hammond organ. He said, ‘If you can get this out of here, then it’s yours.’ It was snowing in Buffalo, but I did. Art was my angel. “

After a neighbor taught him how to power up the organ and navigate its stops and drawbars, Smith began playing and his growth on the instrument was incredibly fast. Barely a year into his development, he began performing in house bands in the Midwest, New York and Buffalo. Most of the groups Smith performed in were backing groups for soul singers and touring circuit instrumentalists. In 1964, Smith entered the international jazz scene when organist Jack McDuff’s young guitarist, George Benson, resigned his post and formed his own group. Benson got Smith for the organ chair in his new quartet. After their residencies at Harlem’s Palm Cafe and Minton’s Playhouse the same year, Benson and Smith were signed to Columbia Records and released albums as leaders. They established a new style that joined the dazzling bebop with new rhythm and blues. The music was dancing, but it contained the language of the jazz tradition. When saxophonist Lou Donaldson hired Smith and Benson for the 1967 Blue Note smash Alligator Boogaloo, the result was a surprise jukebox hit whose title song landed on the Billboard Table 100 hot.

This success set the stage for Smith to be signed to Blue Note as the band’s frontman in 1968. In two years, the organist recorded five albums for the label. He got the honors as Highligths‘s “Top Jazz Organist” and his albums Think (1968) and Discs (1970) both obtained places on Billboardthe list of R&B albums by.

Smith left Blue Note Records in 1971 and recorded albums for producers Creed Taylor and Sonny Lester during the 1970s. He began to fade from the limelight as the sound of popular music changed and the music based. Hammond organ was declining in popularity. During this time, he began to don his signature turbans. Although he was not explicitly religious, he wore them as a symbol of universal spirituality, love and respect. Smith also adopted the nickname “Dr.” not as an indication of formal training, but to emphasize his ability to serve as a unique music practitioner. (It also helped create a distinction between him and his fellow keyboardist Lonnie Liston Smith.) He briefly worked with Marvin Gaye, reconnected with George Benson, and by the mid-1980s rekindled his unique brand of swing on Hammond organ with guitarists Richie Hart, Jimmy Ponder and Melvin Sparks, singer Etta James and drummer Alvin Queen.

In the 1990s, the groove-based acid jazz movement broke out in London, England, and in the United States, hip-hop rejuvenated the jazz of the late 1960s and early 1970s. through sampling. As a result, Smith was once again in demand as a featured guest artist and as a leader. He released a series of four critically acclaimed albums for Palmetto Records in the early 2000s that paired him with guitarists Peter Bernstein and Jonathan Kriesberg and drummers Gregory Hutchinson, Allison Miller, Herlin Riley and Jamire Williams.

Smith self-released two fiery albums in 2013 and 2014 before returning to Blue Note in 2016. Over the next year, Smith was named the NEA Jazz Master and forged notable genre collaborations with Norah. Jones and The Roots. Smith’s latest albums, All in my mind and To breathe, released in 2018 and 2021 respectively and featured studio collaborations with Iggy Pop, as well as magical explorations in concert with his Kriesberg task force, drummers Johnathan Blake or Joe Dyson, and horns.