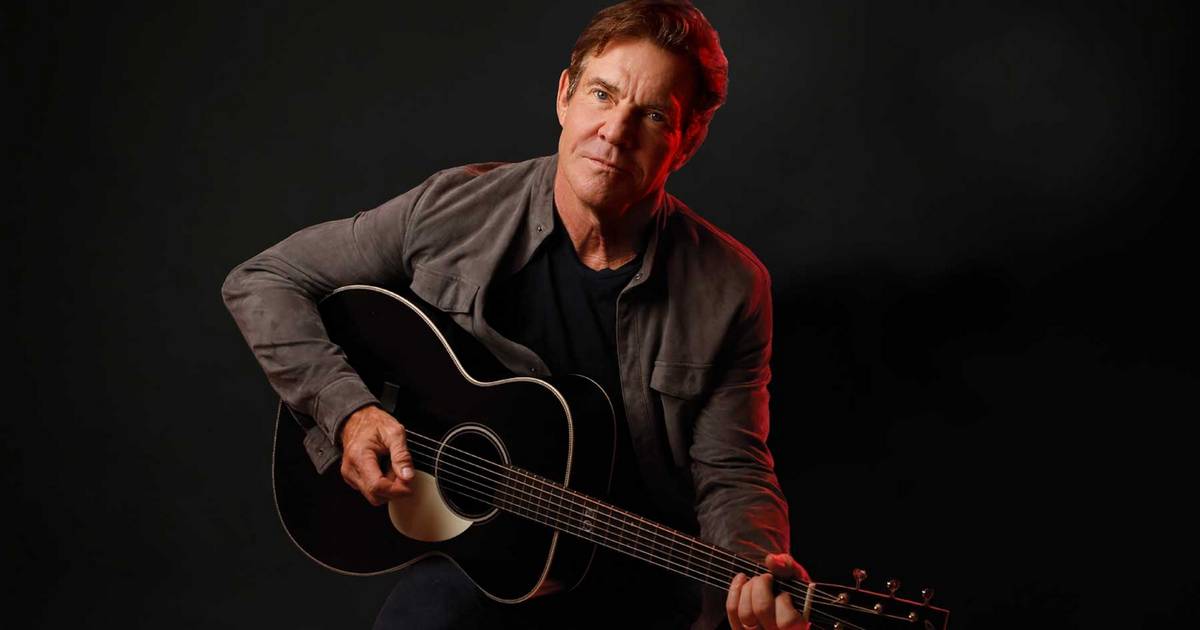 For the past two decades, fans of Dennis Quaid have been able to find the famous actor and musician on stage with The Sharks, his rock and country-soul group. But this week he’s coming to town on his own.

Quaid returns to City Winery in Chicago on Wednesday, November 10, this time without The Sharks, as part of what he calls his “My Lucky Life” tour.

â€œI have to pinch myself, the way life has led me into these situations that I never imagined I would be a part of,â€ he said.

Quaid’s 12-city journey across the East Coast and Midwest will see him perform intimate solo shows with just a guitar, piano, and a career filled with stories to tell.

“It’s fantastic. It’s like people are coming out of their holes. We’ve been locked up for so long, and it’s time to start living againâ€¦ within reason,” he said. “People want to go out, and I think we’re all ready. It’s like remembering your life again.”

Quaid was inspired to play music when his grandfather gave him a guitar, launching an artistic career that predated his Hollywood fame.

â€œI tried to learn ‘Light My Fire’ as a first song, which is not good for a beginner to learn,â€ he said. “So I turned to Johnny Cash because he wrote stories and he had simple chords. I think he was probably my main influence, Johnny Cash, and probably still is.”

In addition to old-school country classics and fan favorite covers, Quaid will be sharing much of his original work, including his latest single “Heartbeat,” which he released in late October.

â€œI wanted to write a love song without using the word ‘love’,â€ he said. “The song came out of a dream and the atmosphere is very dreamlike. It’s about the feeling of loving someone so much that they’re in your bones, that they’re just part of you.”

And, of course, there will be a nod or two to “The Killer” Jerry Lee Lewis, whom Quaid portrayed in the 1989 film “Great Balls of Fire!” According to Quaid, he didn’t know how to play the piano when he got the part, and Lewis was one of his first teachers.

â€œHe taught me that the left hand is really what you need to have. It’s an athletic move that you really have to practice, practice like an athlete so you can do it even for three minutes at a time. the plateau everyday looking over my shoulder saying, ‘You’re wrong, son!’ “Quaid said with a laugh. â€œHe was really very generous.

Quaid will share stories like the one from his musical and acting careers in what viewers have noted as a gripping performance.

“I guarantee you a good time,” he said, “or your money is refunded.”