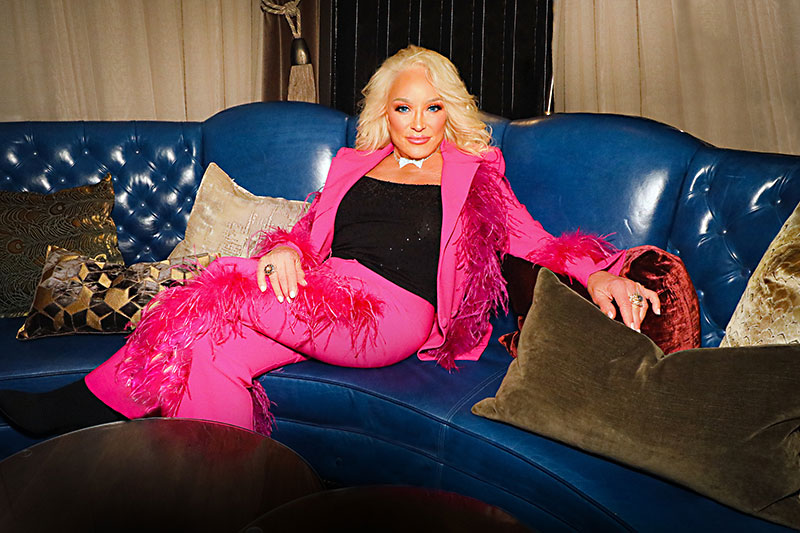 Crucial concerts for the week ahead: a few festivals, a handful of Halloween shows and more live music to see – Music

Luck Ranch, Friday the 28th to Sunday the 30th

Originally planned as a 10-day extravaganza on Willie Nelson’s Spicewood Ranch, the first Lucktoberfest has shrunk to a long weekend that lends even more strength to the consolidation. Paul Cauthen kicks off the festivities on Friday with his Big Velvet Revue, the low-belt outlaw who delivers country funk with special guests David Ramirez, the Kernal, Kirby Brown and Ryan Quiet. Legendary Los Angeles roots rockers Los Lobos also lend their Latin soundtrack from the past four decades to the evening.

Saturday kicks off an outlaw masquerade ball led by masked country crooner Orville Peck, on this year’s second drama album, Broncoswhile Tanya Tucker continues her resurgent reign as the matriarch of a new generation of artists – after the queen of country’s exceptional return to the limelight behind Brandi Carlile in 2019, produces while i live. A full fashion show from provocative Central Texas designers including Sloane, NICÓ and DASHE lights up the runway with support from burlesque troupe the Jigglewatts, suave country rocker Jonathan Terrell and Vinyl Ranch’s Disko Cowboy.

Settling into its Halloweekend affiliation in various downtown locations – including Mohawk, Empire and Hotel Vegas – Levitation sticks with spooky vibes and genre surprise, beyond the old dust and psychedelia of Carson Creek. Catch the full preview from last week online, including an interview with Jesus and Mary Chain’s Jim Reid (as his outfit headlines Stubb tonight) and “Five Here and Now Picks to See in Levitation” ( Friday, October 21), from The catastrophic humor of the trio LA Automatic on the local dream-pop of Temple of Angels. As four-day passes are consumed, individually ticketed shows are still on sale at levitation.fm. Chess Club also announced a series of mostly local $10 levitation shows. –Rachel Rascoe

All treats and no gimmicks, Austin guitar sage Bill Callahan performs his first show since October release YTILAER for Halloween weekend. In a callback to the title, the record plucks moments from Callahan’s life — as a father of two, as a husband — and reflects them with folksy embellishments. It’s brighter, more contented storytelling than much of his three-decade career, which Callahan pairs with stormy horns and his consistently rich, whiskey-smooth baritone to open up vast American landscapes. The South Austin show kicks off a month-long tour of the UK and California, swarming to perhaps most especially callahan’s recent writing about the simple pleasures of home. –Abby Johnston

Growing up on the Chicks and Shania Twain probably prepared me and a generation of indie music devotees to follow with dedication the spiky, beautiful, and labeled indie-folk evolutions of Katie Crutchfield and Waxahatchee’s Jess Williamson — but I hadn’t really dealt with this until Plains. New duo of Alabaman Crutchfield and Texan Williamson clear the country through old-school waltzes and unflappable ’90s nods with their debut recordI walked a path with you. Considering the launch of the latter’s Mexican summer-backed cosmic odes while living in Austin and an Adriene Mishler “Abilene” video cameo fromYoga with Adriane – where Williamson sings the absolutely epic salute,“Texas in my rearview mirror, Plains in my heart” – I am ready to claim this as a Lone Star homecoming.–Rachel Rascoe

DIA on the celebration of Día de los Muertos

The trumpeter teams up with a stellar ensemble including Elias Haslanger, Daniel Dufour and new Butler School of Music associate professor Diego Rivera.

Ben Buck’s open-mic series continues with the addition of announced locations – including khxnid! – to highlight.

Nothing screams Halloween like swinging at a band known for wearing kabuki masks and literally setting things on fire while performing. Dallas punks Noogy and local outfit Narrow Haunts open.