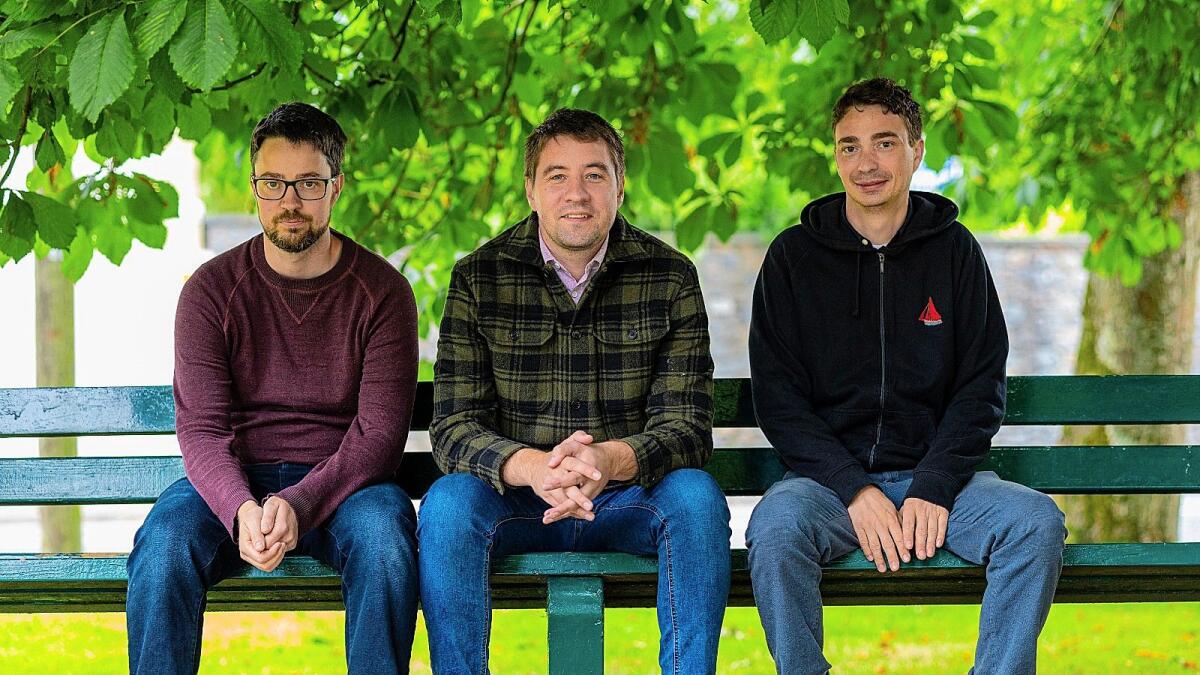 The upcoming new single, “Shadows and Tall Trees,” comes as a totemic shift in sound, if not direction, from the Spiritual Leaders.

Guitar and bass have been put aside, as synthesizers are adopted. If their choice of instruments is certainly a surprise, and moreover pleasant, the gesture is not entirely out of step with their musical trajectory.

2019’s reunion out of the blue saw them explore a more pop sound on the mini album “Albania Away”, exemplified by the singles “Underwater with You” and “Picture on the Wall”. The positive comments prompted them to continue their musical relationship at a distance.

“For the first time, we got some traction with this stuff, and we were thrilled – a few thousand spins on Spotify and got some publicity and good reviews,” Fergus Brady said. Celtic. “From there, we never really stopped.”

They may not have stopped, but something else has certainly stopped: normalcy. Yes, Covid restrictions meant they couldn’t meet for about a year – Albania Away came out without a kick-off gig, and their decade-long hiatus from performing continued until this summer’s gig at Blessfest .

During this time, nine new tracks that will form the upcoming album “This Fictional Place” have been developed. Despite being split between Home (Cathal), Capital (Fergus) and Derby (Dave), the distance has seen the trio work more closely to write songs together, rather than writing songs independently and simply arrange them.

“So we got very collaborative that way,” Fergus recalls, “and then we started playing a lot more with electronic instrumentation and synthesizers and things like that.”

Released November 10, “Shadows and Tall Trees” is the first taste of The Leaders’ new musical testament. For the occasion, they didn’t just add some synths to their signature guitar sound, they gave it their all.

“It was an interesting song because it was a song that was written on guitar. It’s an older song, it was written about 10 years ago,” Fergus recalled.

Fergus and Cathal played an early version of it in another band called Jellyroll, back in the heyday of Origins gigs in a half-empty McGinnity’s Bar – then “Shadows and Tall Trees” was played on guitar, bass and the battery.

“We started programming it on digital synthesizers and it became a whole different song – we ended up with this cheesy, danceable stuff.

“It opened a door for us to explore a whole different set of influences, which we wouldn’t have done much before. electronic music – from the 80s, 90s, like New Order, Chemical Brothers, and in the 2000s with Hot Chip and Yeah Yeah Yeah – it opened a window into exploring the sounds that we would have derived from those kinds of bands , then made it ours.

Such is the quality of home recording software, they were able to use their demos for the track and simply embellish it with vintage synthesizers when they arrived at the professional studio in Nottingham.

“There were a lot of evenings where I would sit down and spend about an hour watching an online tutorial, and about another hour actually playing. There was a lot of that.”

“I was way out of my comfort zone, and part of me was like, God, I could just sit down and play guitar, it would be a lot easier, but I’m glad we pushed each other more. in that direction because it ended up sounding very different. We’re really happy with the end result.

Well, they’re happy now to have a final result, because the path to the final edit was a torturous cycle of video calls critiquing song mixes.

“You start going a little crazy in your head after a while. This song here, I counted that there have been 11 versions of the song – at one point we called it the most analyzed song of all time.

Some of the versions had barely noticeable differences in bass levels, but one version has an extra instrumental section, which Cathal was eager to drop.

“Cathal was pretty militant about what should come out,” recalls Fergus, who had pleaded for him to stay on the single.

“In the end, we ripped it out and turned it into a shorter version.”

A compromise saw the extended cut make the album.

“It’s a relief once you get to the point where you’re like, ‘OK, I’m pretty happy with this’.”

Fergus’ girlfriend Lucy, with whom he has a young daughter, Clara, and another baby on the way, is a “big fan” of the Leaders’ new musical doctrine.

“She said to me the other day, ‘It’s really very different from your other stuff, you know that?’

“It’s good to hear that because you kind of forget that you yourself know – when you’re so close to it.

“I went through a period where you listened to it so much that I just couldn’t listen to it anymore. And then you drop it and three or four weeks later I listened to it again and I was like “Okay grand”, relieved that it was still going.

Such was the delight of the leaders with the way the track turned out, they brought the shadows and tall trees to the fore as a statement of intent.

“One of the reasons we decided it would be the first single was because it’s completely electronic, and it’s so different from what we’ve done before. It’s also quite a poppy tune. When we decided what songs we were going to put on the album and how we were going to record them, we decided to try to create something that was pretty consistent in terms of the electronic element in each song.

Fergus notes that guitar still features on most other songs, but is often joined by synthesizers and drum machines.

Tricks of the trade

“There’s still some pretty indie rock stuff on it, but definitely a lot more of an electronic direction, so that was the decision made.”

More singles will follow in December, January and February before the album release in March and the launch concerts in April.

They’re hoping to build on the exposure they got for their “Albania Away” singles and hopefully attract a few more followers.

“We’ve learned a few tricks of the trade, especially over the past two years. And there’s a lot more possibilities for bands like us to get out of there with streaming and with Spotify and Apple Music and all that. We learned a few lessons about how to show up properly for playlists and get access to radio stations that will play unsigned acts or more alternative music – and we got some good traction that way last time around. .

“The lessons we learned from it, we are applying now this time too and we will see how it goes.”