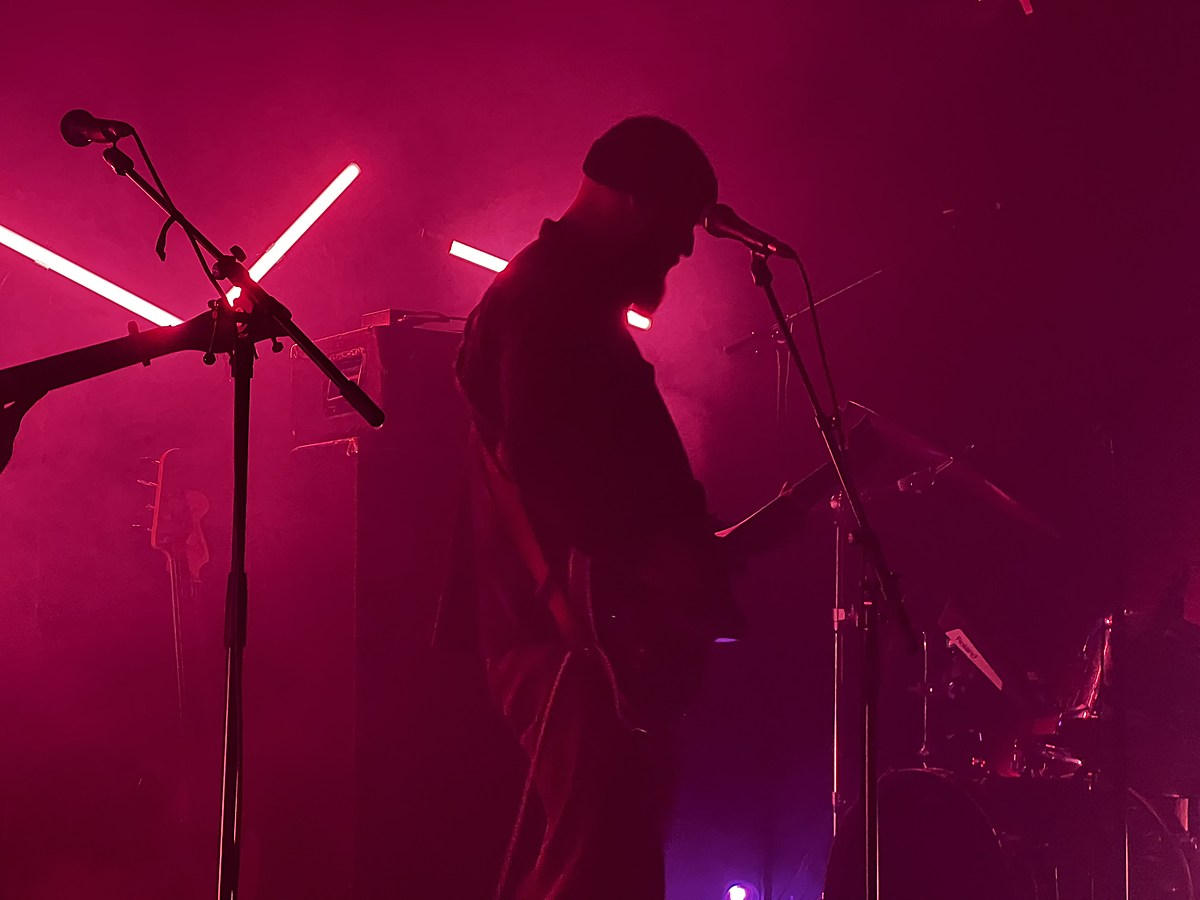 The theme of Pop Montreal Day 3 to an American listener sounded like, “your favorite band you’ve never heard of”. The independent, city-wide music and arts festival continued to host many events across the city, many in modest but very welcoming venues, including ArtPop at Project Casa and PucesPop (a market at chips) at the Saint-Denis church. Tons of shows coincided with lineups four or five bands deep, and throughout the night the Little Portugal neighborhood was buzzing with people jumping from venue to venue – me – even among them.

Before nightfall, however, Joseph Shabason played a warm ambient jazz set at the Museum of Jewish Montreal, “baptizing” the Jewish museum’s brand new space with its first event open to the public. Joseph, best known as a collaborator of Destroyer and The War On Drugs, played several woodwinds and synths, accompanied by a band of electric guitar, bass and drums (electric and standard). He and the band played with loops and live samples, making the set sound like a fusion of jazz, electronics and, at times, shoegaze – they weren’t afraid to play with dissonance and absolutely fill the sound room.

Loudest noise I ever heard at a show came from seeing Toronto post punks sham family at the Ministry. Their sound at times drifted into 2000s indie-rock and 80s new wave, but always reverted to heavy distortion and kinky drumming. Several of their songs featured long outros, pushing their guitars to their absolute limits and even throwing them to the ground. There were almost no jokes except for lead guitarist and vocalist Kory Ross who occasionally shouted high-pitched “thank you.” Toronto companion Joan Inc. came next – it’s the dance-pop project of US Girls’ Carlyn Bezic, Darlene Shrugg, and more. Carlyn was joined on stage by a single backup vocalist and brought out her guitar for a handful of songs, but largely relied on well-produced backing tracks. She had an incredible presence, keeping the audience captivated even when she was just dancing hypnotically, reminiscent of Mitski or Lorde. Her sound drew heavily on disco (at one point she interpolated Donna Summer’s “I Feel Love”) and veered into ’80s pop, with Madonna in particular maintaining a shimmering feminine theatrics throughout. . Sham Family and Jane Inc. couldn’t have had more different styles, but they made a great opening act for fellow Toronto indie rockers Born Ruffians.

Vast eighth London post-rock carolina closed the evening at La Sala Rossa, in front of an unfortunately talkative crowd (Black-smith and sweet party preceded them). The band lined the back of the stage in a semi-circle, somehow accommodating the dozen or so instruments they also played on stage. By the end of their series of expansive, improvisational jams, much of the crowd noise had died down, leaving Caroline’s choral voice, squeaky strings and sparse drums to fill the room. Joined by a guest bassist and drummer, the band consisted of two violins, a soprano and alto saxophone, a clarinet, a nylon-string acoustic guitar, two electric guitars and a cello. Towards the end of the show, one of the guitarists joked “Is Montreal the home of post-rock?…Someone got so annoyed with this question that they dropped their beer.”

Across the street, at the Casa del Popolo, the companions of the Royal Mountain Records label Deanna Petcoff and gulfer closed at night, continued Sister Ray, JayWood, and PACKAGES. Toronto’s Deanna Petcoff played danceable indie on her debut album this year as well as a cover of Sheryl Crow’s ‘If It Makes You Happy’ – to which she invited the crowd to sing along, saying ‘We We turned it into a slow jam a bit.” Montreal math-rock quartet Gulfer played the final set in front of a moshing crowd, with whom they joked throughout — even passing the mic to a crowd surfer on one of their latest songs. In typical math-rock style, their use of guitar and drums was intricate and inventive while retaining an emo-indie vibe in their vocals. Gulfer was endearingly kind to the crowd and their label, with their bassist saying, “If you had told me three years ago that we were at Royal Mountain, I would have told you…no.” Check out iPhone photos of Gulfer, Deanna Petcoff, Sham Family, Jane Inc. and Caroline below.