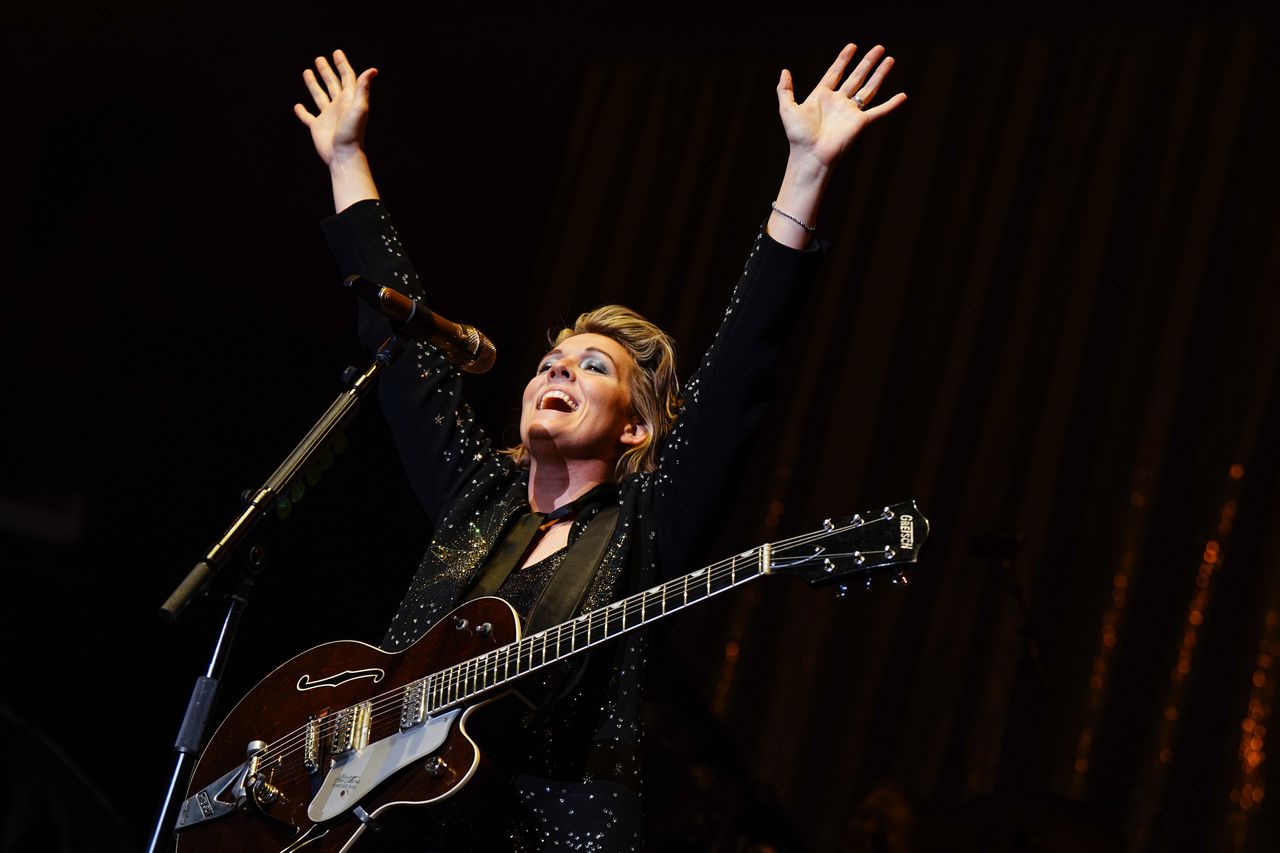 Then you see Brandi Carlile perform at Madison Square Garden. You’re listening to the Americana star perform “The Story,” the song that launched the small-town, rural Washington singer-songwriter onto the national stage in 2007.

As the jaw-dropping, smashing, uplifting performance – complete with a masterful string quartet and Carlile pounding his guitar center stage – draws to a close, you look around the sold-out, 15,000-strong venue. You see couples hugging in joy and triumph. You watch a nearby mother and her adult daughter hug each other, both crying tears of joy.

And you listen to the answer; not a roar but an eruption of spirit and gratitude for a moment not soon forgotten. It’s as loud as you’ve ever heard from the world’s most famous arena (and you’ve seen Harry Styles there).

No, everything else was, by comparison, only a vague apparition. Saturday night was the essence of life, the brief ecstasy that makes all the tragedy and chaos of human existence worth it – to revel in such collective rapture, delivered by a generational talent that, beyond its overflowing capacity, exudes wonder and passion.

Fans may remember the last time (and first time) Carlile, 41, performed at the Garden, in 2019, where she took no moment for granted – and quickly rolled out the concert from his life. The image of Carlile kneeling down to kiss the legendary floor and bursting into tears before her performance even began is etched in my memory.

Three years later, Carlile admitted to the Saturday crowd that it was the only time she had cried on stage, aside from her memorable set earlier this year at the Newport Folk Festival, where she hosted star Joni Mitchell for a surprise joint performance – Mitchell’s first gig in 20 years.

“But everyone was crying,” joked Carlile, now recognized as Joni’s first disciple after her performance of Mitchell’s landmark 1971 record “Blue” at Carnegie Hall last fall, an enchanting and graceful tribute.

Although Saturday was all about Brandi, the six-time Grammy winner, who earned five more nominations last year for her eloquent, folk-infused and propulsive 2021 album “In These Silent Days,” and her booming centerpiece “Right on Time”.

Donning a sequined black pantsuit that literally shimmered in the spotlight, Carlile sat down in front of a matching star-painted piano and mourned the mammoth single; a song of despair and acceptance of the obstacles of love.

At the end of the number, she joked that the crowd wasn’t singing loudly enough over the towering choir and led them a cappella again. All made sure to belt with abandon in the moment, delighting both Carlile and themselves.

The rest of the two-hour performance was an ensemble affair, with Carlile’s incendiary nine-piece band performing in front of five diamonds of spotlights and a large theater curtain. The core of the excellent band remains Carlile’s longtime collaborators, guitarists and twin brothers Phil and Tim Hanseroth.

Carlile noted how her career began with her and the Hanseroths in three-part harmony, traveling the country and visiting New York in hopes of securing a record deal (which she landed in 2004). With that, she stayed true to her roots with a pair of stark performances, first of ‘The Eye’ (2015) and then of ‘Cannonball’ (2007), where the three artists shared a single vintage microphone as a troupe. radio from the 1940s.

Carlile was extremely warm and gracious throughout the night, sharing stories – like the time she was supposed to perform with country legend John Prine on a cruise ship in 2015, but as she banged her hair in her hotel room, her baby daughter Evangeline fell out of bed as the ship rocked. Evangeline cut herself (only a minor wound) but the blood freaked out new mother Brandi.

She arrived on stage just in time, albeit still in relative hysteria, and Prine asked her what was wrong.

“I dropped the baby!” Carlile cried.

Prine’s mundane response: “It won’t be the last time.”

Such was Carlile’s playful introduction to his 2018 fan favorite “The Mother,” adding more seriously, “I gotta play this song because it’s my mantra.” The sweet tune gave way to her new, more dangerous rock uppercut “Mama Werewolf.”

Earlier, Carlile dedicated his tender new song ‘You and Me on the Rock’ to his wife Catherine, joking that his same-sex marriage was probably not what his Vacation Bible School teachers meant when they said “build your house on a rock”. ”

Given Carlile’s catalog of seven stellar albums, no covers were needed on Saturday — though the few she played were certainly worthy, especially her shaky rendition of Radiohead’s “Creep,” where the band already seismic was joined by well-traveled chipper Celisse Henderson to inflate the tribute.

Carlile continued the pounding jams in the extended encore, with a booming version of Mitchell’s “Woodstock” – find me better cover. Then came other special guests: Canadian singer-songwriter Allison Russell for her and Carlile’s “You’re Not Alone” string duo, then Brittany Howard — nature’s blues-rock force, better known as the frontman of the Alabama Shakes, who opened the show – for an unparalleled version of James Brown’s “It’s a Man’s, Man’s World” that oozed with brain-frying electricity.

As Carlile wrapped up the set, smiling one of his many toothy smiles for an acoustic solo version of “Over the Rainbow,” few in attendance were ready to leave. The show could have gone on forever, to the ends of the Earth – with Carlile shouting his gleeful “yeah!” cheers after each song, to remind the audience that they and she were together – and many would have renounced all responsibilities of allegiance.

“Oh my god, it’s starting again!” Carlile cried out in disbelief at the start of the show, referencing her magical 2019 set and noting her return to what she called “the greatest city and the greatest place on Earth.”

Yes, it happened again, and may those nights of bliss and elation continue for decades to come. Having now seen Carlile succeed twice, I can say with confidence and without hyperbole: there is no such thing.

Purdy finds joy in music while tuning the pianos