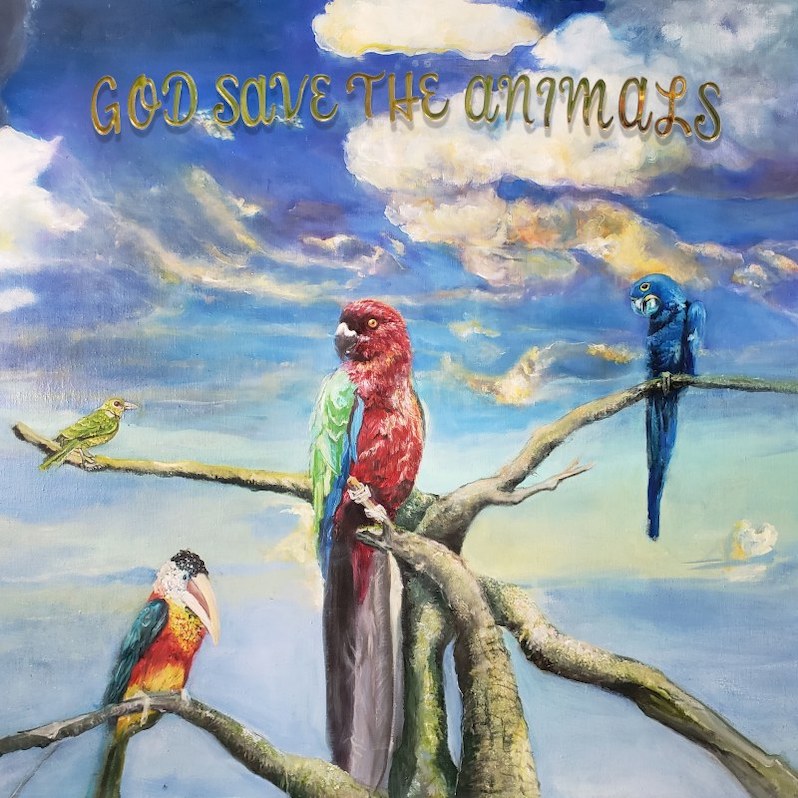 Alex Giannascoli is simply enigmatic. Known professionally as Alex G, the Philadelphia singer-songwriter has spent his career building an eldritch universe of flawed protagonists, distorted vocals and hauntingly beautiful melodies – a body of work to both adored and painstakingly analyzed by his fans. Theories abound as to the true meaning of his music – are his songs about family members, romantic partners, or even beloved dogs? Whoever asks, Giannascoli doesn’t tell. In a recent profile speak New York Times, he avoided questions about the autobiographical nature of his work, instead emphasizing his reliance on an instinctive sense of what sounds good. For him, making music is “like catching a ball…I don’t allow myself to think, ‘Should I put my hand here or here?'”

His last album, God save the animals, benefits enormously from this instinctive approach. As always, it eschews the narrowness of denominational writing, inhabiting a wide range of styles and personalities. However, Giannascoli’s chorus of disembodied voices seem newly preoccupied with matters of commitment and faith, audibly softened by some sort of redemptive presence – which could be God, forgiveness or lasting love, depending on the track. Forgoing a separate individual perspective allows for a broader and deeper exploration of these complex themes, making equal space for pain and comfort, rapture and doubt. Enhanced by outstanding production value, god save the animals is mature and moving, some of Alex G’s finest work to date.

From the opening notes of “After All,” the album’s eerily breathtaking first track, it’s clear that Giannascoli has upped his game. Known for recording much of his music at home, he has recently ventured in a more formal studio environment, a choice with audible benefits. Even the distorted, high-pitched vocals of “After All” have an incredibly lucid quality, sounding almost like a live children’s choir. Her unfiltered vocals sound better than ever – the single “Runner” features one of the strongest vocal performances of her career. But it wouldn’t be an Alex G song if he hadn’t turned the predictable, polished alt-rock on its head, which he does reliably, interrupting the beat with a raspy shout: “I did some bad things!This visceral revelation, gone as suddenly as it appears, highlights one of the album’s recurring themes: the loss of innocence, and the hunger for redemption that accompanies it.

“Mission,” another excellent track, tackles similar questions, exploring the frustration of a character who is close to a strict code of conduct, but still struggles with nebulous regret. It is followed by “SDOS”, a dark dirge on the piano with scrambled and attenuated vocals. At one point, a thin, metallic voice emerges from the darkness, announcing: “God is my designer/Jesus is my advocate.” The effect is ridiculous at first, but there’s a magnetism to it – a weird sort of resonance that Giannascoli often achieves through experimental production choices. An equally eerie beauty permeates “Cross the Sea,” a devotional vow pronounced in low auto-tuning. Softer and less clouded with remorse than most of the album, it is enhanced by soaring harmonies and thunderous, metallic bursts of percussion. These touches make it some of the most thoughtfully arranged and texture-rich music he’s released since “Gretel,” from 2019. Sugar House.

The magic of the album is just as palpable in its simplest passages. In fact, some of its most moving moments occur in highly accessible songs, like “Runner” and “Miracles,” a deftly finger-picked mourner that seems to borrow snippets of melody from “You Don’t Know How It Feels.” by Tom Petty. “In stark contrast to tortured tracks like ‘SDOS’ and ‘Blessing’, it’s a simple disavowal of apathy and callousness, a serious effort to release fear, trauma and guilt. The chorus isn’t entirely convincing; his statement that “miracles and crosses” are “better pills than ecstasycould have been taken from the homily of a youth pastor. However, the speaker’s impulse to trust something other than oneself – to bet, against all odds, on love and wonder – is undeniably poignant, largely due to its simplicity and fragility. It will affect anyone who decides to bring a child, or any type of difficult dream, into an increasingly hostile and unlivable world.

All this being said, god save the animals has its clunky patches. “Early Morning Waiting” features beautiful guitar flourishes and turns of phrase, but otherwise feels aimless and tedious. ‘Immunity’ begins with thrilling vocal manipulation a la Charli XCX, but ultimately feels unfinished – it could easily be mistaken for a demo from sprawling AG Cook. 7G. Nevertheless, songs like these seem necessary to the depth of the album. It’s easy to see that Giannascoli may not have arrived at the genius of “Cross the Sea” without first working on the weirdness of “Immunity.” As an artist whose primary tools are instinct and experimentation, he generates resonance by allowing listeners to enter his process, exposing a sometimes jarring range of techniques, perspectives and emotions. Giannascoli himself remains impenetrable, as do the mysteries of faith. But god save the animals offers a stunning and inventive chorus of answers to some of life’s toughest questions, a question made richer and truer by its dissonance.

Clare Flanagan is a San Francisco-based writer specializing in music criticism and poetry. In her spare time, she enjoys reading, running, and listening to music of all genres at a reckless volume.