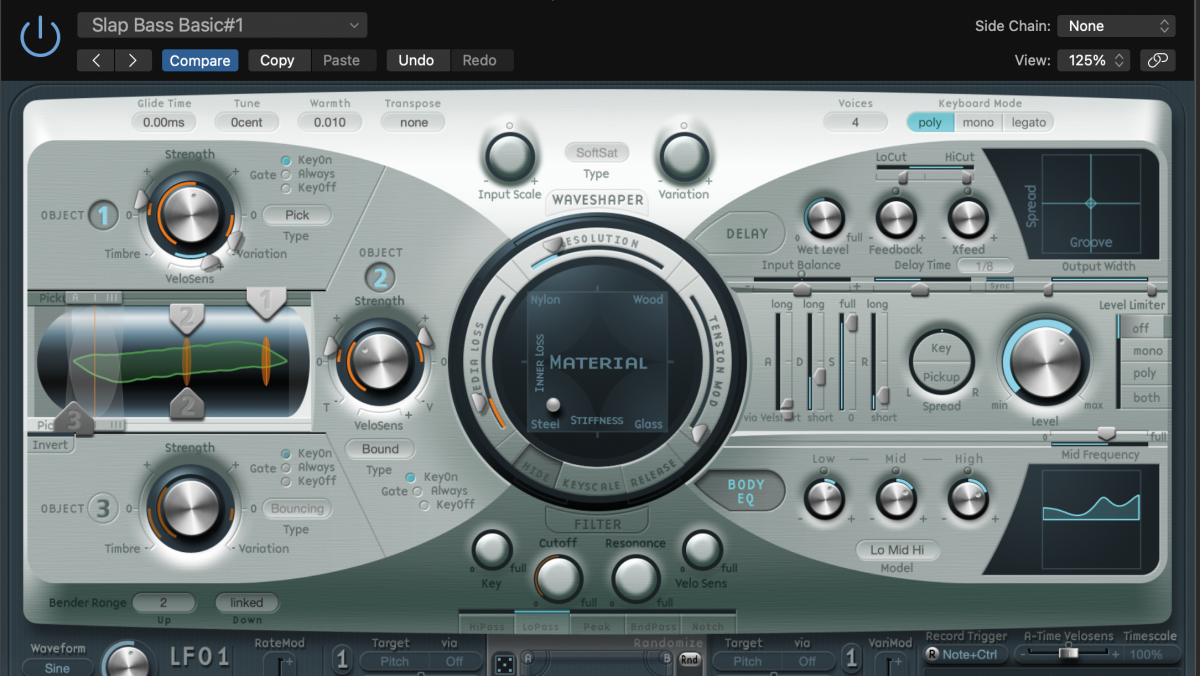 6 ways to recreate the sound of classic ’80s live bass

Many associate the rise of synth and bass sampled with music from the 80s, but let’s think about how to create realistic bass guitar sounds.

Coming from punk and post-punk, there were so many great rock players, like Jean-Jacques Burnel (Stranglers), Tina Weymouth (Talking Heads), Bruce Foxton (The Jam) and Colin Molding (XTC).

In other genres there were slap monsters like Louis Johnson (The Brothers Johnson), Mark King (Level 42), Nick Beggs (Kajagoogoo), and then, of course, the fretless made sense, with players such as Mick Karn (Japan) and Pino Palladino (Paul Young).

These players were not immersed in the mix, they were up front and identifiable. Lay down a fretless bass track, some DX7 piano, maybe some Simmons electronic drums, add some sax – that’s the 80s for a lot of people!

For bassists, the ’80s were a time of innovative and flamboyant instruments, such as Musicman, Jaydee, Status and Wal, while for amps it was the heyday of brands like Trace Elliot and SWR. It is important to note the character of these while reproducing the techniques of the 80s.

If you had to put an effect on your fretless bass in the 80’s, it had to be a flanger! Flanger plugins are easy to find these days, although some are more correct than others. See Line 6 Helix Native, Logic Pro (as shown above), and IK Multimedia.

For those who don’t know how to play bass, there are a few software alternatives. If you’re looking for slap bass, Apple offers a tutorial for creating a slap sound using Logic Pro X’s Sculpture modeling instrument. For immediate results, try something like Scarbee’s Jay-Bass plugin.

Fretless bass plugins aren’t common, but Toontrack recently released Fretless EBX, a sample-based plugin with an assortment of bass sounds, as well as a MIDI library of ready-to-use bass parts and articulations. use. Again, there’s a Logic Pro X Sculpture tutorial, if you prefer.

Even if you prefer real bass, it can be difficult to record without the right setup – plugins help you with that. Most DAWs offer decent bass amps along with their guitar selections, although some are more decent than others! Logic Pro X has some good ones.

DAWs like Ableton Live have an audio-to-MIDI converter tool, so if your captured live bass track isn’t what you expected, you can convert it to a MIDI clip that you can edit, and add a bass plugin / synth, and process as much as you want.