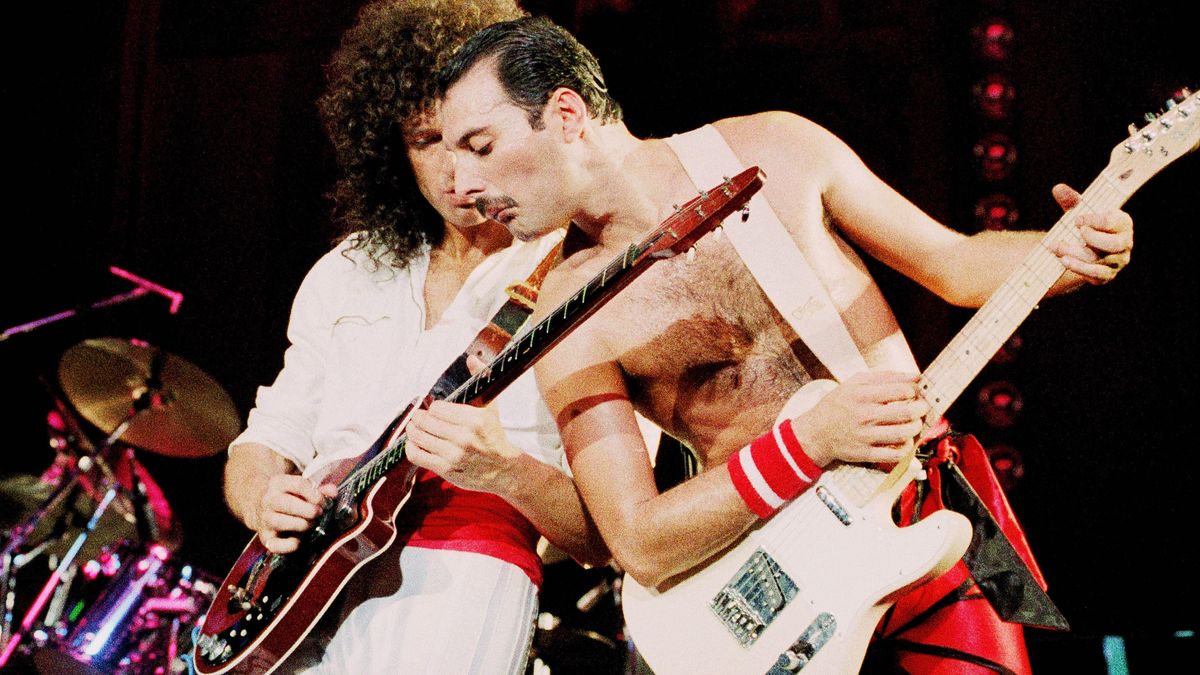 5 songs guitarists must hear by… Brian May

Thirty years after the death of Freddie Mercury, Queen’s legacy only grows stronger. And in his creative association with the guitarist Brian may, we have seen one of the greatest dynamics in the history of popular music evolve.

These days, guitarist May is Queen’s somewhat reluctant focal point and while he might not care about the stage like he did in the ’70s, the wonderful sound produced by his house guitar and a Vox AC30 boosted phalanx still bathes a large audience in its glory, always to the most enthusiastic applause. In short, it is surely the idea that everyone has of a guitar hero.

Legendary songs such as Bohemian Rhapsody, We Will Rock You and We Are the Champions have been discussed, dissected and analyzed within inches of their eighth notes. rarefied tune, certainly demonstrates May’s unique approach to both composition and guitar.

Taken from May’s second solo album (the first was the gloriously self-indulgent 1983 Star Fleet Project which featured, among others, Eddie Van Halen), Last Horizon is probably the only solo track likely to make it onto a contemporary Queen setlist.

At the time of recording, May not only was still coming to terms with Freddie Mercury’s death, but he was also experiencing a crippling crisis of confidence and while this instrumental is mostly in a major key, the underlying melancholy is painfully apparent.

Using his index finger rather than the more usual six pence to coax softer notes from the strings, he pulls consummate turn after turn throughout the sweet melody before engaging in a section including a guitar orchestration that shamelessly recalls the good. old times.

He spent most of 1993 touring the album, both headlining and supporting Guns N ‘Roses, and, as it happened, some sort of redemption was around the corner. from the street.

With their third album, Queen was really starting to shoot up and it was their first to feature songs written by all four of the band. Unlike bassist John Deacon’s inaugural offering, folk-playing Misfire, Stone Cold Crazy features such a heavy riff that in 1990 San Francisco thrash heroes Metallica deemed it worthy of a cover.

In addition to Roger Taylor’s expert percussion, the song is best known for its incredibly fast tempo, and May used the Red Special’s neck and bridge pickups switched together but out of phase to give the solo sections a particularly hollow tone.

The delay on some parts of the break is due to an Echoplex tape machine that May still owns, one that he customized to produce a much longer delay time than it was designed for by running the tape through. along a metal arm that he built to extend his stroke. length. It worked like a charm and showed that May’s inventiveness was not limited to music.

If you had gone to see a Queen show between September 1973 and the end of 1975, a recorded intro of this guitar-inspired orchestration would both have welcomed the band on stage and welcomed you to the majestic wonders about to unfold.

Modern technology would most likely make it possible to record such a complex piece in an afternoon, but by the early 1970s each section had to be meticulously and painstakingly recorded to tape with no margin for error, technical or otherwise.

May used a small transistor combo built by John Deacon, one that produces an unusually sarcastic sound, and used different pickup settings to layer extremely contrasting tones and colors to perfectly recreate the mood and grandeur of a drive-by royal. It’s bordering on genius work that probably hasn’t been surpassed and if you’re a rock guitarist who hasn’t heard Procession yet, we envy you.

Dedicated to “â€¦ the sister I never hadâ€¦”, this is an almost perfect example of a Queen album track and, while nowhere near as familiar as her Play The album mates. Game and Save Me, it wears many of the same compositions. punches.

Beginning with a dreamy keyboard and encouraged by Deacon’s bass, a lonely piano and May’s dismal vocals precede a bombastic chorus that quickly dissolves into a beautifully emotional acoustic pause.

The song climaxes soon, with tubular bells – oh yes! – and a line sung by Mercury paving the way for a classic May solo that is a lesson in control and phrasing before it all fades away again, this time for good, accompanied by the sound of waves crashing over a Beach. The Queen’s enduring mantra “if it’s worth doing, it’s worth doing too much” is enthusiastically applied here and it’s a great song.

Rarely has Queen been so frenzied and, given the hectic nature of the recording sessions in which May actually left the band, although for only a day, it was through her tenacity that he persuaded his comrades. group to embark on this degree.

Written in the key of Fa # and cheered on by one of rock’s greatest rhythm sections, Mercury positively spits out the lyrics as May riffs and rips for all it’s worth. The song rises to a huge thunderclap, recorded by May and credited to God in the album cover credits, as Mercury gleefully shouts â€œYou’re dead!â€.

May told Q magazine, â€œFat Bottomed Girls was OK, but pretty mundane. I thought people would be a lot more interested in Dead On Time, but it didn’t really air. No wonder considering it was just a B-side of Mustapha’s disappointing 1979 single which was only released in Spain, Germany and, oddly, Bolivia.

Simon Bradley is the co-author of The Red Special with Brian May. A new edition of the book is now available through Carlton Books, featuring two new chapters, new photographs and additional information for the month of May.

SCHOOL OF THE WEEK: Kensington High prepares students for careers at college | The key to learning