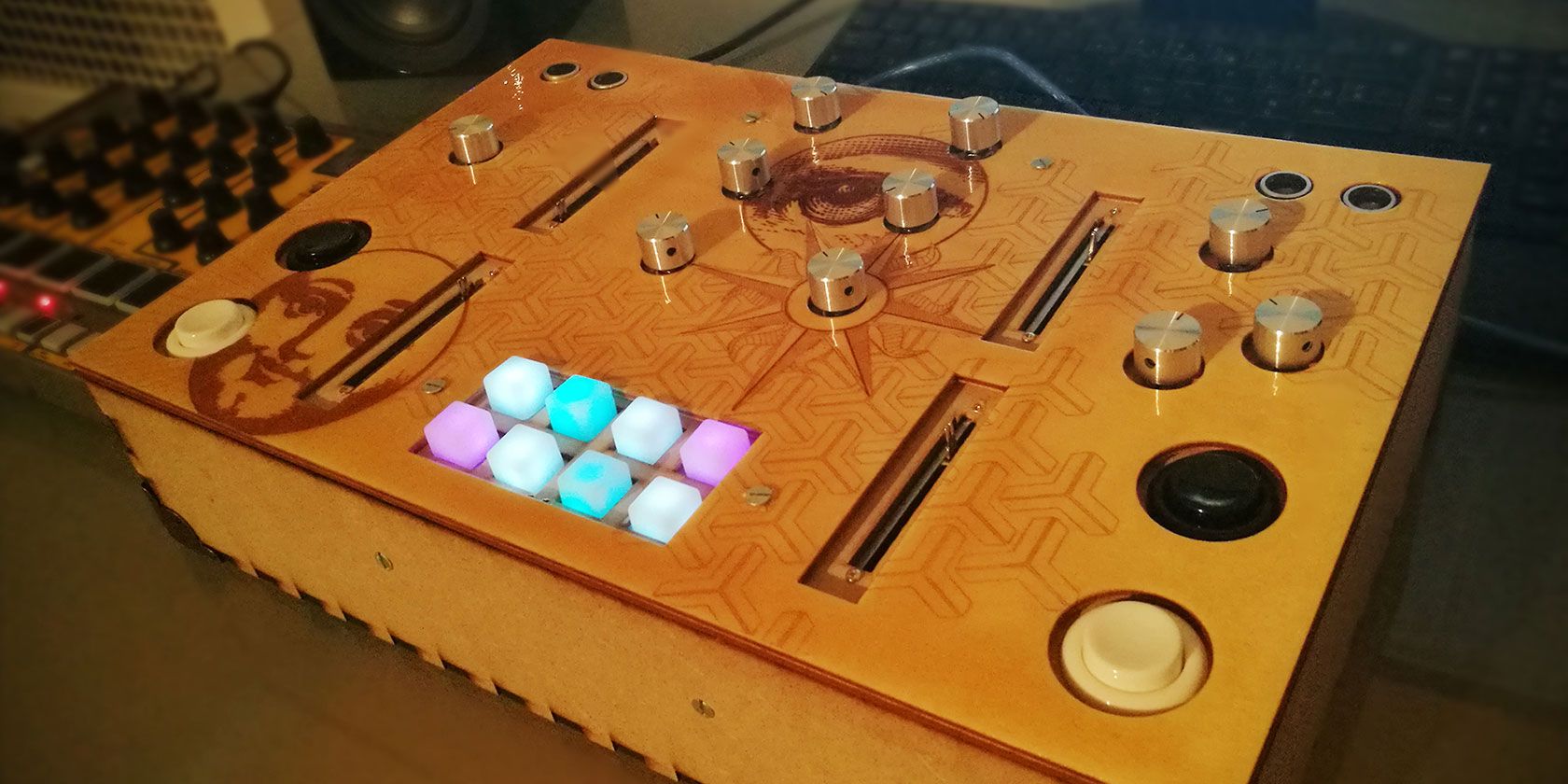 MIDI is the abbreviation for Musical Instrument Digital Interface. This is a communication protocol that allows computers and other MIDI-compatible devices to communicate. With its built-in serial ports, the Arduino is ideal for DIY MIDI projects. Let’s take a closer look at ten of the best Arduino MIDI projects for beginners!

Build your own arcade MIDI controller! This MIDI controller is based on an Arduino Uno and has 12 buttons, four knobs, as well as two faders. Play drums, synths, effects or combine them with any other MIDI-related element!

This 16-button MIDI controller was inspired by the Novation Launchpad and designed by Adafruit. Based on an Arduino Leonardo, this device has four rows of buttons, each with an integrated LED, and four buttons. As the project is equipped with a button grid controller, the Adafruit mesh, it will be easy to solder it without a mess of wires.

A complete nomenclature as well as step-by-step instructions are available in the complete Mini UNTZtrument guide. There is also another guide for the larger UNTZtrument.

It was inspired by the Guitar Hero controller, but this MIDI guitar uses mechanical key switches instead and features a bright NeoPixel LED strip around the head of the guitar. It is also equipped with a whammy bar for pitch bend. Users can play chords or notes as well as adjust modulation with movement thanks to the built-in accelerometer.

This version has a Grand Central M4 development board that uses a SAMD51 chip, but an Arduino Mega could be used instead. The MX MIDI Guitar speaker was modeled in 3D and the tutorial is available on the Adafruit website.

The wooden enclosure was produced by laser cutting; However, it is possible to 3D print an enclosure with the variety of models available on Thingiverse. Follow the step-by-step guide on Instructables.

An arpeggio is when the notes of a chord are played in rapid succession. This is a MIDI device that creates arpeggio sequences in the form of MIDI messages. These are then sent via the DIN port to a central device such as a computer with its software synthesizers. However, it can also be used with hardware synthesizers. The building tutorial and code are provided on Arduino Project Hub.

This is a MIDI sequencer built with an Arduino Nano and was designed for live performance. Although it is a prototype, this wooden box is equipped with an OLED display, rotary encoder, six momentary push buttons, LEDs, DIN socket, etc. According to the manufacturer, it is capable of controlling up to five synthesizers.

Users can also offload a melody to the Cthulhinho so they can focus on adjusting effects and sculpting the sound with knobs or faders instead of playing with a keyboard. Full building instructions can be found on the Arduino Project Hub.

This Arduino MIDI controller has an unlimited number of MIDI channels, faders, knobs, an OLED display and even uses EEPROM to save changes to the data. Other features include bank selection, editable notes, and encoder sensitivity. This controller can be used for all kinds of recording software, virtual instrument (VST) and playback devices.

The manufacturer also notes that to add more controls another Arduino board may be needed. Another option is the Arduino Mega which has 54 digital input / output pins. The tutorial is available on the Arduino Project Hub.

It is a polyphonic synthesizer made with an Arduino Nano. Polyphonic means that two or more notes can be played at the same time, as opposed to monophonic which can only play one. This synthesizer can be used to play up to three musical notes at a time, so it is suitable for playing chords.

The manufacturer notes that an effects pedal can be connected to it, which leads to all kinds of interesting sound textures with delay, chorus, phaser, flanger, reverb distortion, etc. Even though an Arduino Nano R3 was used in this version, an Arduino Uno R3 or Pro Mini could be used instead.

A complete description of the construction, including the BOM and code, can be found in the Arduino MIDI Poly Synth tutorial.

The manufacturer took inspiration from the music of floppy disk drives, where floppy disk drives are controlled by stepper motors to pulse at certain frequencies to produce musical notes. It sounds amazing, and it is!

This project uses stepper motors to make music by extracting MIDI data which is then transformed into a speed value which causes a stepper motor to create a corresponding pitch. Building instructions and code can be found on the Arduino Project Hub.

As the name suggests, this is a MIDI controller created with a guitar. It works by detecting which notes are fretted by testing the electrical conductivity between the frets and the strings. This method of detecting frets was used in the Guitorgan, an old-fashioned electric organ.

The manufacturer notes that this build includes an Arduino Mega and a guitar with metal strings. One caveat seems to be that you can only expect partial polyphony from it. Create this version by following the instructions and step-by-step code on Instructables!

Which MIDI controller is right for you?

In this article, we took a look at a range of MIDI controllers made with an Arduino. You can even use them with a digital audio workstation (DAW) such as Ableton Live.

All these versions require other electronic components than the Arduino; others require existing equipment such as an electric guitar. In addition, the boxes of some of these constructions only require the use of a model during the prototyping phase. After which, to build the enclosure, you need the use of a 3D printer or a laser cutter. Why not try to make one?

How to make a MIDI controller with an Arduino

As a musician who has amassed a collection of musical instruments and noise boxes, the humble Arduino is the perfect tool for creating a custom MIDI controller.

Cherie is a Creative Technologist who joined MUO in 2021. She is a passionate designer and technical writer, with experience using Raspberry Pi, Arduino, Micro: bit, ATtiny and ATMega devices as well as E-textiles. , 3D printing and KiCad. Outside of creation, Cherie enjoys playing music and training.